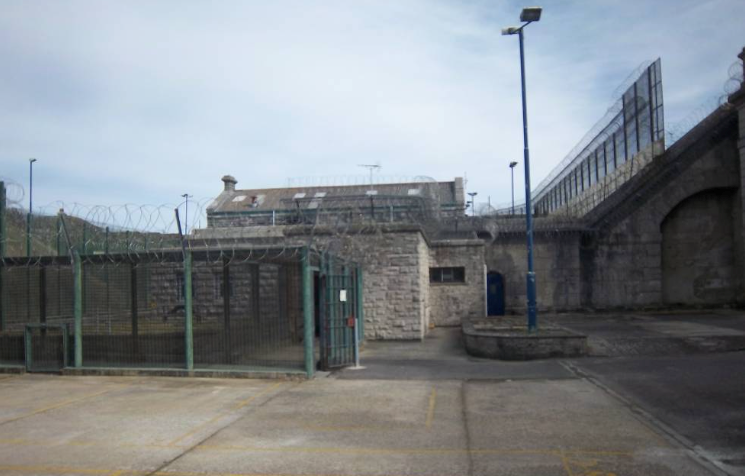 Last week, the government quietly announced that they will be closing the Verne – one of the nine immigration ‘removal’ centres (IRCs) sprawled across the UK.

(Learn more about all of the UK’s sites of detention by following the Unlocking Detention project, an annual virtual tour of the UK’s detention estate that kicked off it’s 2017 run yesterday.  Find out more here).

At anyone time around 3,000 migrants are held in these centres, and around 30,000 people pass through each year. People can be detained for months and sometimes years, yet most people are released back into the community – their sentence having served no purpose. The UK is the only country in the EU that operates a policy of indefinite detention. People find themselves in detention for a variety of reasons – such as for sleeping rough, after serving a sentence, or if your asylum claimed has been refused.

In its role as a detention centre the Verne has had a relatively short, but troubled life. Run as a prison since 1949, it opened its doors as an IRC in February 2015. A damning report by the prison inspectorate just over six months later criticised the centre for its prison-like conditions (including razor wire and behaviour incentive schemes), and noted its remoteness. This inaccessibility meant that only around 1 in 5 inmates had a family member or friend visit, and only 27% had their solicitors see them (compared with average of around 43 – 45% respectively).

“The different people I have visited each have their own story, […] but they share a sense of injustice.”

Members of the Verne Visitors Groups commented on the inaccessibility, and the effect this has on the people inside. One visitor noted that much of the razor wire at Verne has been put up since it stopped being a prison – a move which “criminalises migrants in the eyes of the public”.

The Verne is obviously closing hot on the heels of the BBC panorama into Brook House, where a whistle-blower highlighted the inhumanity of detention. However, the government rarely moves quickly on these matters, and the closure is more in line with the Shaw review, published in January 2016. The report, carried out by a former prisons and probation ombudsman and commissioned by the Home Office, calls for a reduction in detention and various safeguards of vulnerable people. The governments prosed response was to ‘reduce the number of those detained reduce and the duration of detention before removal’, and worrying euphemisms of ‘improving efficiency’  was the basis of the Home Office’s explanation of the Verne’s closure.

A growing consensus against detention

Unlike Brook House and most other centres which are outsourced to firms like Serco and G4S, the Verne is run directly by the state – in this case by the prison service. Indeed the Verne’s closure as an IRC will mean its reopening as a prison – and this move has been linked to overall trend of government keeping old prisons up to meet ‘need’ (going against a Conservative manifesto proposal).

While some recommendations of Shaw have been partially introduced – such as limited restrictions on pregnant women being detained – most of it has not. More crucially though, the Shaw review does not call for an end to immigration detention , or even for a time limit – “without which many of the problems highlighted in the report will reoccur”.

Recent weeks have seen the High Court declare that the Home Office policy on detaining torture victims in unlawful and that people are currently being wrongfully detained. This further highlights how rules to protect vulnerable people from detention are failing – either by design or by implementation. On the Verne, the Shaw report notes that 24 of 25 detainees for whom Rule 35 reports had submitted had not been released (Rule 35 requires detention centre doctors to report to the Home Office ‘any detained person whose health is likely to be injuriously affected by continued detention or any conditions of detention.’).

Detention literally kills. There was one death in the Verne this year, and there has been a further three deaths in the past month across the detention ‘estate’. (A petition has been started by people currently in detention to protests these deaths).

The consensus around detention in general, and how it is applied in practice (indefinite, arbitrary) is gaining ground. As a member of Verne visitor group stated:

“locking people up for administrative purpose was not a thing that a civilised society should do.”

The inhumanity and injustice that has been so evident at the Verne and other detention centres is why we are running the These Walls Must Fall campaign. These Walls Must Fall builds and supports community groups coming together to stand up against the injustice that is detention and effect positive change. Join us on Thursday 2nd November for our Manchester campaign meeting! 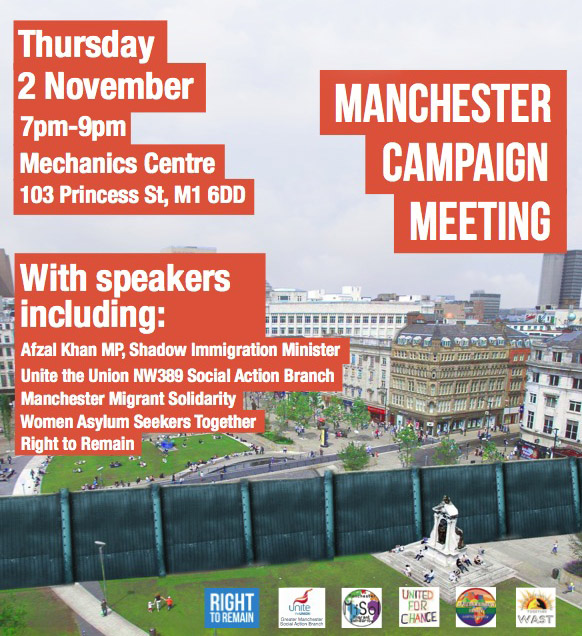