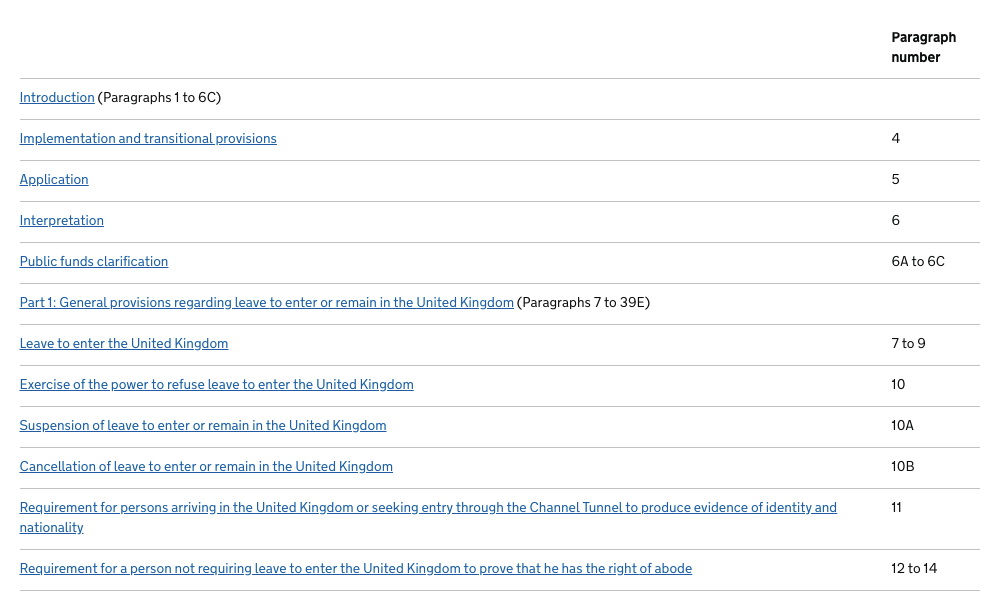 The Immigration Rules are published by the Home Office and set out the rules which immigration applications have to follow to be successful. They are frequently amended. They have been described as “not subordinate legislation but detailed statements by a minister of the Crown as to how the Crown proposes to exercise its executive power to control immigration.”

You can find the Immigration Rules on the Home Office website, and the statement of changes over the last few years here.

Although asylum claims from EU nationals prior to these changes were almost always considered ‘clearly unfounded‘ and refused, without the right to appeal in the UK, this change means that the Home Office now will not interview someone from the EU who claims asylum.  In affect, they will not consider the asylum application (unless you can demonstrate ‘exceptional circumstances’, which are likely to need to meet a very high threshold indeed).

The changes clarify terminology and make clear that refugee status can be withdrawn where evidence emerges that such status was obtained by deception or where it is clear that protection is no longer needed. It can also be withdrawn where someone commits a serious crime or is a considered a danger to our national security such that they do not deserve our protection and all the benefits that come with that status.

Existing provisions on the revocation of refugee status are also being extended to include those who instigate or otherwise participate in acts covered by Article 1F of the Refugee Convention, including those who engage in extremist activities that represent a threat to our national security.

The £35,000 minimum earnings threshold (it could be higher, depending on the occupation) will apply to non-European Economic Area/Swiss nationals who have come to the UK since April 2011 with either a Tier 2 (General) or Tier 2 (Sportsperson) visa.

A Tier 2 visa is available for people from outside of the EEA/Switzerland and who have been offered a skilled job in the UK.
Tier 2 settlement refers to people who have a Tier 2 visa, have been in the UK for 5 years and are applying for indefinite leave to remain (ILR).
There will be some exceptions to this requirement, such as occupations on the shortage occupation list or certain PhD level jobs in science and research.

If you are not earning enough to apply for settlement, your stay in the UK will be capped at six years in total.   The government says:

They will then be required to leave the UK. They won’t be able to apply for another Tier 2 visa until they have competed a 12 month ‘cooling off’ period outside the UK.

The capping of your stay in the UK at 6 years may affect your ability to apply for settlement (indefinite leave to remain) under the ‘ten-year route‘. Read more about that in our Toolkit.

Tiers 2 and 5 of the points-based system

For full details of the technical changes to the rules, see here.