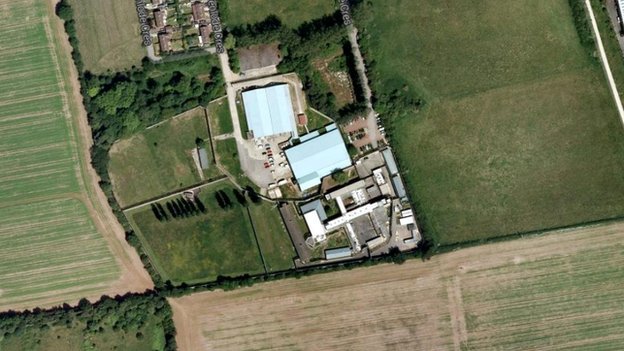 Coming hot on the heels of the strong report from the parliamentary inquiry into detention, campaigners are celebrating the good news that the plans to double the size of Campsfield detention centre near Oxford, have been withdrawn.

Campsfield House immigration detention centre near Kidlington will not be expanded after Home Secretary Theresa May withdrew the application.

The application was for additional detainee accommodation, staff facilities, car parking, landscaping and internal fencing – which would have doubled the size of the site.

Cherwell District Council had been recommended to approve the application, but delayed a decision to wait for legal advice after strong local opposition.

This was confirmed by a press release from Nicola Blackwood, one of the local MPs opposing the expansion, who had received a letter from James Brokenshire (the Immigration Minister) confirming the planning application had been withdrawn.

This comes after months of tireless campaigning by Nicola alongside local residents and campaigners, and following her recent letter directly to the Home Secretary demanding that the application be withdrawn as a matter of urgency.

Nicola has worked hard to stop the planned expansion of Campsfield House; she has met with Home Office officials, the Independent Monitoring Board, local campaign groups, and she has lobbied the Immigration Minister and the Home Secretary both formally and informally since first learning of this ill-conceived proposal.

She has been clear from the outset that the plans simply would not work for detainees nor for local people. The expansion would have infringed on Green Belt land; the nature of the design could have given rise to disturbances; and Nicola also raised concerns about the Home Office case on the ‘need’ for expansion.

In her most recent letter, on 9th March, Nicola detailed these concerns once again, and called for the Home Secretary to reconsider immediately.

Finally, common sense prevails. I am delighted that the Home Secretary is withdrawing the planning application. These plans would have made Campsfield one of the largest detention centres in Europe and it was clear to me that the case set out by the Home Office did not justify building on Green Belt land. And of course there were serious problems with the design of the building and how it would work in practice.

Not only has the Home Secretary withdrawn the Campsfield application, she has ordered her Department to undertake a wider review on future requirements of the immigration detention estate. There can be no doubt this is a victory for local people.

The decision has also been reported in Cherwell news and the Oxford Mail.