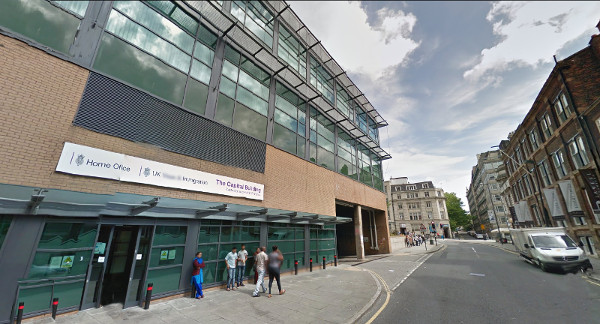 UPDATE: All further submissions will have to be made in person in Liverpool from 30 March 2015.

Following a legal challenge, the new system was deferred, but the Home Office have confirmed they “now intend to proceed from 30 March 2015, following a pause in implementation, during which, we have held further discussions with Liverpool City Council.”

The UK Home Office has announced a change in procedures for submitting further submissions on asylum and human rights applications. All submissions will now have to be made in person, in Liverpool.

There will be changes to the process for making further submissions – that is, for new asylum or human rights claims by those who are “appeal rights exhausted”.

Previously there were two processes – one for asylum claims lodged prior to 5 March 2007, where further submissions are made in person to the Older Live Cases Unit in Liverpool, and one for asylum cases lodged on or after March 2007, where further submissions can be submitted either via appointment at a UK Visas and Immigration reporting centre, or at a regular reporting event.

(For more on the process, see the Right to Remain Toolkit.)

From 30 March 2015, anyone wishing to submit further submissions is required to make an appointment to do so, in person, in Liverpool. The appointment will be requested by telephone. The Home Office states that it will aim to make appointments within 10 working days of the initial telephone contact. The phone number is 0151 213 2411.

From the announcement letter from Home Office:

“At the initial contact to make an appointment, customers will be asked to complete a pro-forma to set out the grounds of their further submissions. This is intended to clarify the type of information required and ensure that all relevant points are covered.

On the appointed day, we will take receipt of the pro-forma and any other relevant documents, and confirm identity. We will also take the opportunity to address any points which require clarification. We will then take a decision on the papers, as soon as possible.

Just as now, we will consider exceptional circumstances for when further submissions in person is not appropriate, for example if an individual is unable to travel due to a disability or severe illness. In such cases further submissions may still be accepted by post.”

For more on further submissions and fresh claims in asylum applications, see the Right to Remain Toolkit.