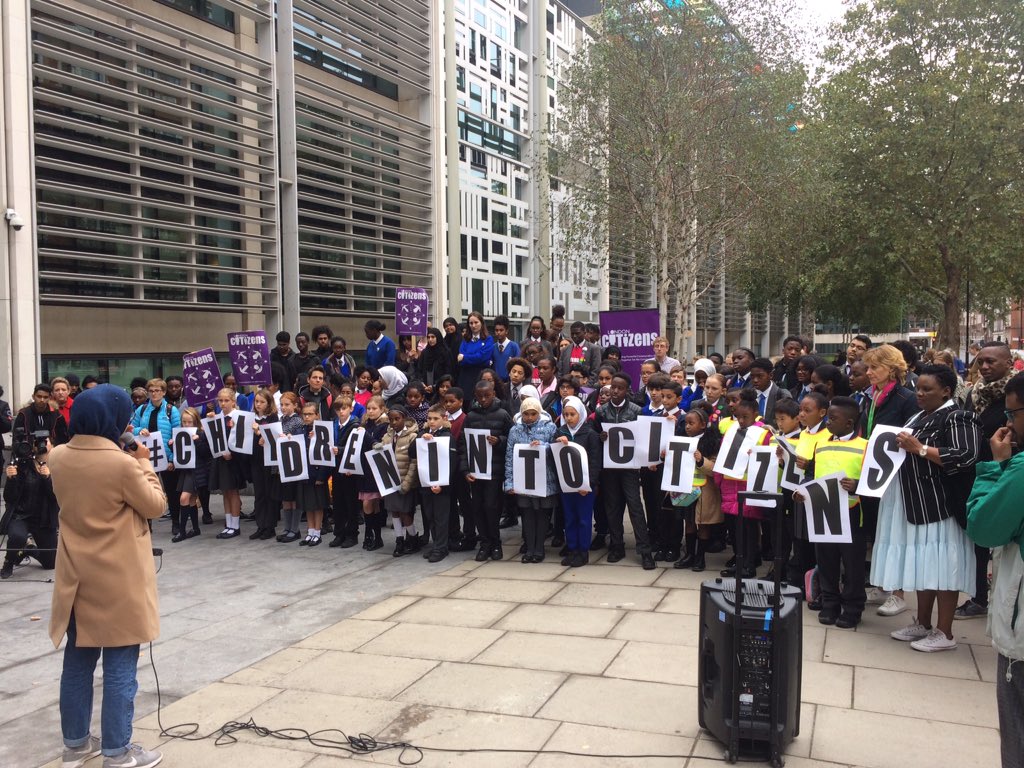 “Did you know that the Home Office has made nearly £100 million from charging children for the right to stay in what they call a free country?

I’m tired of this. I’m tired of hearing the government say it’s in our best interest.” –  Josephine

Five schools and over 140 pupils assembled at the Home Office this morning – on National Poetry Day –  for a poetry slam, asking why the government charges a £1000 fee for children born here to apply for citizenship.

Daniel who is only in Year 5 bravely performed his poem on why being able to become a British citizen matters to him and his family. Time for the @ukhomeoffice to reduce the fees & turn #ChildrenIntoCitizens. Why not start listening to them today on #NationalPoetryDay? pic.twitter.com/p5WWMPpOHs

There are thousands of children and young people across the UK who, even though they have the right to become British citizens by law, are blocked from becoming citizens because their families cannot afford the high cost of citizenship application fees. This currently stands at £1012 for children.

It only costs the Home Office around £350 to process such an application, and they have been widely accused of profiteering. As a first step, campaigners – which includes Citizens UK, Amnesty International, educational and community leaders, and the young people themselves – are calling on the government to reduce the application fee to its actual cost price.

Please can we just fix this so primary age children don’t keep having to visit the pavement outside the home office and go on national TV to talk about the issue? https://t.co/untT2utLIw