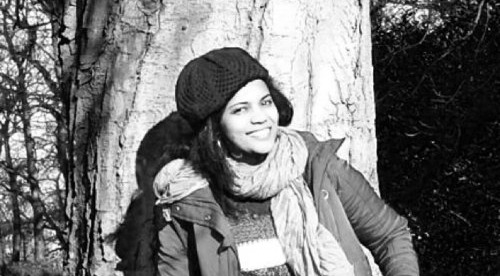 Nadar Abood is a doctor, from Sudan.  Her story is remarkable – one of courage and determination.  Dr Abood has supplied medicine to civilians in desperate need in Darfur, where hundreds of thousands of people are lacking humanitarian assistance because of the blockade imposed by the government of Sudan.

As you can imagine, this hasn’t made her too popular with the government of Sudan.  Nor has her ethnicity – Dr Abood is of Berti ethnic origin.  Being of non-Arab ethnicity, and saving lives in Darfur, is a potentially lethal comination in today’s Sudan.

Just this month, the European Court of Human Rights made two rulings that France could not forcibly remove two refused asylum-seekers to Sudan because this would put them at risk of torture and inhuman or degrading treatment, protection from which is an absolute right contained in Article 3 of the European Convention on Human Rights.

The Court observed that:

the human-rights situation in Sudan was alarming, in particular where political opponents were concerned, and that merely belonging to a non-Arab ethnic group in Darfur gave rise to a risk of persecution. The Court noted that the situation had deteriorated further since the beginning of 2014.

And yet, and yet.  Despite her clear risk of persecution if returned to Sudan, and despite overwhelming evidence of the persecution of those seen to oppose the Sudanese government, the UK Home Office is trying to forcibly remove Dr Abood.

Writing in the Guardian newspaper today, Sara Mekki describes how in the past six months, the Sudanese government has “tried to wipe out their opposition”.  Sara is well-placed to make this analysis – her father, who is a seventy-five year old human rights campaiger, has been detained in Sudan without charge since December as part of a wider crackdown on dissent:

After signing the Paris Declaration in August 2014, which called for political reform and a transitional government, Mariam al-Sadiq al-Mahdi, the deputy chair of the National Umma Party was detained for month without charge. This followed the harsh police response to a peaceful protest organised by the party in July, where it was reported that al-Mahdi’s five daughters were arrested, along with many activists and party members.

Soon after, in September, the National Intelligence Secret Services (Niss) arrested dozens who had assembled to honour the killing of more than 170 people during the anti-austerity protests that swept the country in September 2013.

Human Rights Watch has reported on the crack-down that followed the signing of the Paris Declaration, and positions these attacks as part of a common story of perscution and repression.

[The National Intelligence and Security Services] and members of other security organs continue to detain, often without charge, those who express opposition to the policies of the government – whether through political declarations, protests, articles, or simply attending events.

And it’s not just those directly involved in political dissent who are risk.  Reporters Without Borders has chronicled consistent attempts to silence the press by detaining journalists and censoring newspapers and Article 1 has revealed evidence that persecution and intimidation can follow those who manage to flee Sudan.

Dr Abood is seeking justice in her case – protection in the UK from this persecution and risk of torture and mistreatment – but the asylum system and Home Office have let her down (as it lets down so many others).

You can help Dr Abood win justice, win her rights, and make sure this voice against oppression is heard.

The Home Office set Dr Abood’s forced removal for 26 January, despite the fact her legal case is continuing.  That flight has now been cancelled – but the Home Office will try again.  Please keep an eye out for upcoming campaign actions.

The first step is to sign the petition – and more campaign actions are to follow. Keep updated at the petition page, then see Right to Remain on Twitter or Facebook as we will be publicising actions from Dr Abood’s campaign group.