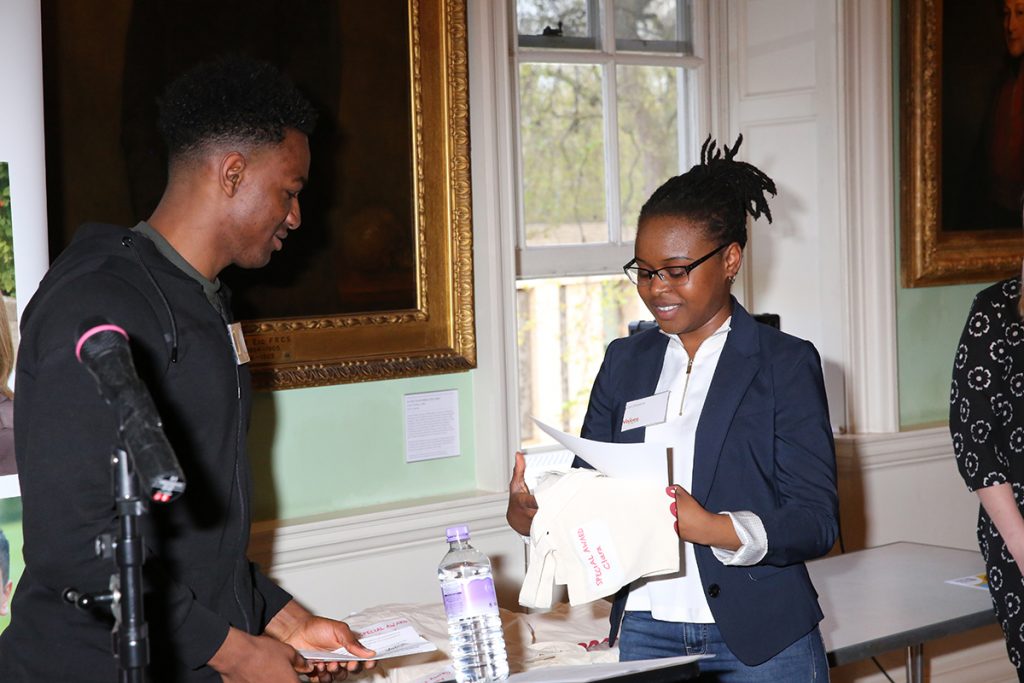 On Monday 10 April, Coram Voice announced the winners of Voices 2017, its national writing competition for care-experienced young people, at a ceremony attended by the shortlisted entrants and hosted by actor and Doctor Who star Peter Capaldi.

The theme of this year’s competition was ‘New Beginnings’ and the panel of judges praised the young writers on the powerful and creative ways they expressed the changes and opportunities they’ve experienced in their lives. The competition included a special award for writing by a Migrant Young Person.

Read all the shortlisted entries here

That young teenager is me whose unknown destiny drove him here in the UK.  When I arrived from a war torn country to a developed country, it was extremely tough to find my feet but my teachers and key worker supported me to avert my feeling of being in a foreign country; that there is no place for me, as a young migrant.

For a while everything was as tough as you could imagine, from social isolation to the language barrier and indecisive. The life was going on with dullness; I neither had the courage to speak with someone nor was daring enough to make friends. As a result of the language barrier, I was feeling isolated most of the time in the college and lacked confidence.  Most of my class peers were fluent in speaking the language. I had to motivate myself, but it was not working. I was overwhelmed by difficulties. Let me describe it in one word that is Miserable! My teachers always encouraged and inspired me by their motivating, powerful and wonderful words; as always my key worker does. They advised me not allow the word (I can’t) in your vocabulary.

With my thinking, things started to change. I convinced myself that I had to learn the language, as I didn’t like to be dependent to someone else. I began listening to news, English podcasts, music, reading daily newspaper, attending college regularly on time, going to English speaking club and many others activities to drag myself out of this situation; as all of them paid off.

One thing I love about this country is that there are opportunities available for everyone to pursue their lofty dreams and to choose their career in any field they wish to. I found people absolutely nice and friendly, contrary to my earlier doubts if there were lovely and kind people still existed and that gave me hope for humanity.

Many of the pieces were in the form of poetry, such as “The Prayer I Sent” by N, aged 13 which includes haunting lines such as: 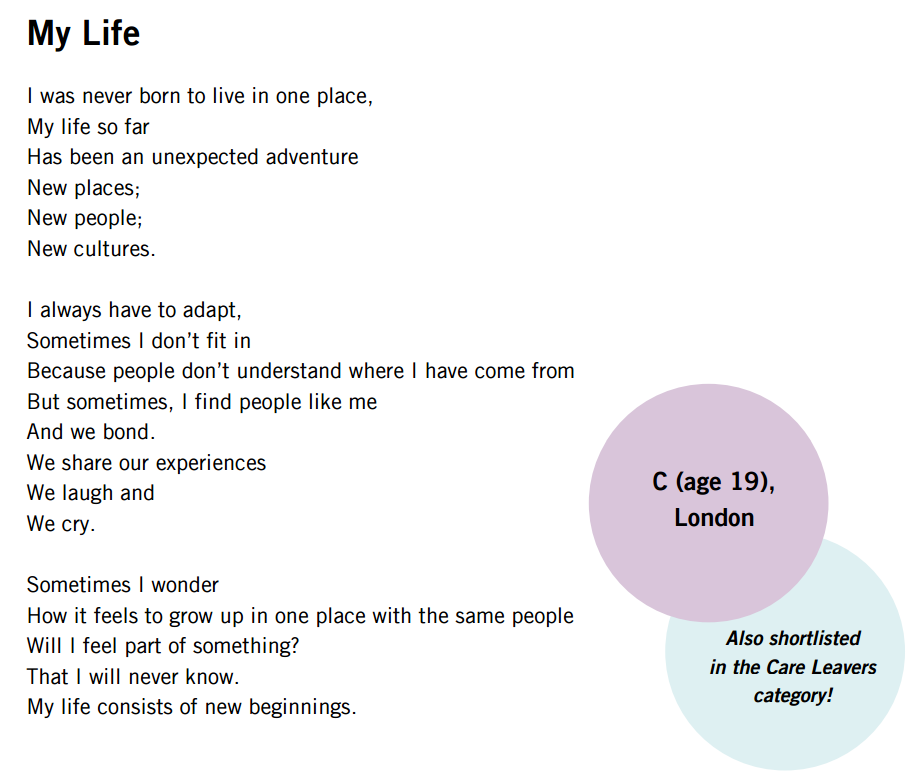 How do I travel to reach into my dream?
I deal with life face to face
It’s as far as the sky and the space 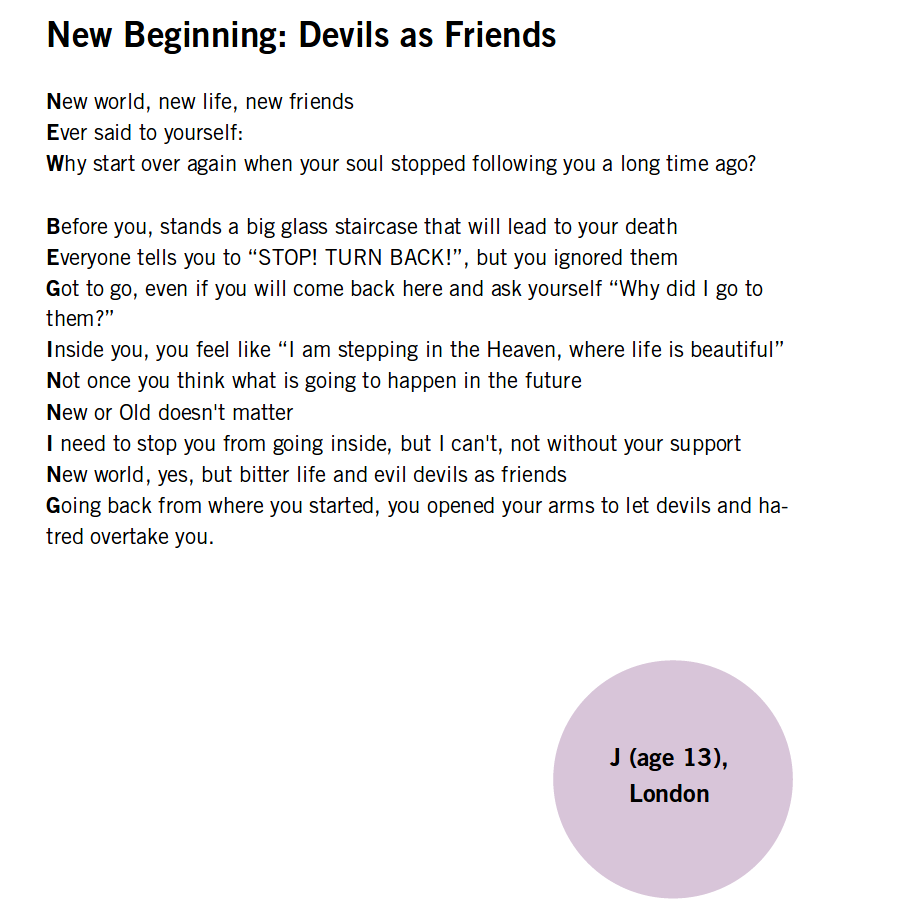 Awarded first place was “When a door closes, a better door opens”, by J (aged 18).  Read their poem here.  We’ll close with some of their powerful words:

I sleep peacefully and happily every night,
As there is not gunshots and I sleep with my light shine and bright.