We have recently written about how the government’s “right to rent” hostile environment measure has increased homelessness, exploitation, and racial discrimination in England. Now, the government is trying to roll out the scheme in Scotland, Wales and Northern Ireland. 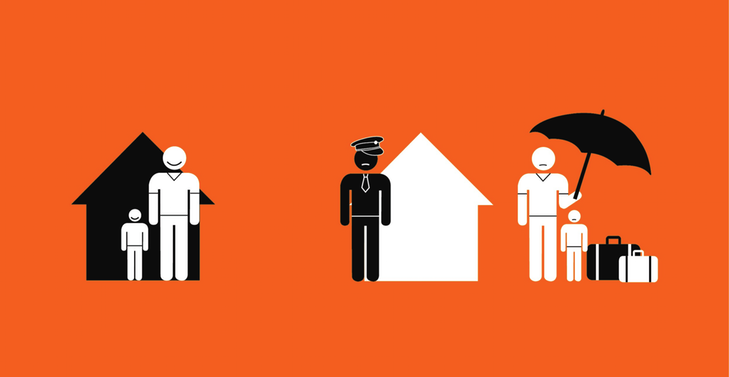 Human rights charity JCWI has been leading the fight against the ‘right to rent’ policy:

The “hostile environment” has been much in the news recently because of the horrific impact it has had on the lives of Windrush migrants. On his first day as Home Secretary Sajid Javid announced a change of language. What was the “hostile environment” is now the “compliant environment”. But underneath, nothing has changed. Right now his own department is spending public money not only defending landlord immigration checks a key plank of the hostile environment, but trying to extend it to Scotland, Wales & Northern Ireland without even evaluating whether it works in England or what harm it causes.

They are doing this in the face of evidence that the scheme, requiring landlords and letting agents to perform immigration checks on tenants, causes discrimination against British ethnic minorities and foreign nationals with legal status in the UK. Landlords should not be border guards. It encourages them to discriminate, and gives rogue landlords even more power over vulnerable renters.

Help JCWI by supporting their legal challenge against the right to rent scheme itself and any further expansion of this part of the hostile environment. Donate here.