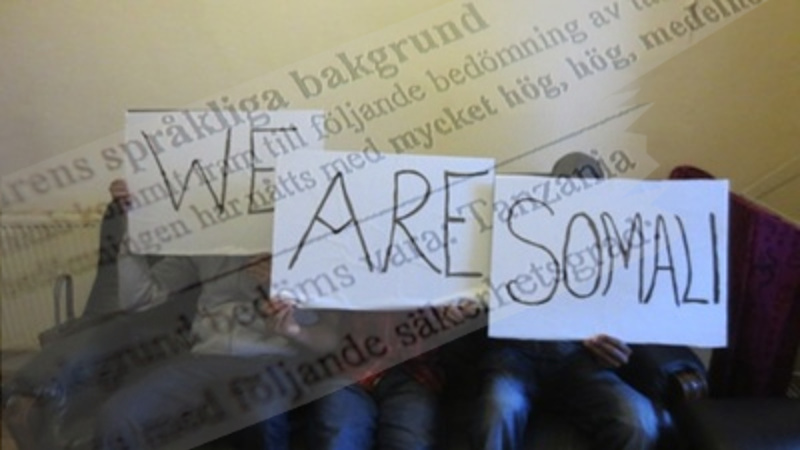 The article notes that hundreds of Somali asylum seekers may have been unfairly refused sanctuary in the UK, on the evidence of just one discredited worker at the controversial language test firm used in asylum determinations.

Despite mounting evidence over the years that language analysis is a deeply flawed process, and that the Sprakab company in particular was dodgy to say the least, the Home Office continued with it. This continued even after Supreme Court found that immigration officials were relying too heavily on Sprakab’s reports, that some comments given by the firm’s staff “went beyond the proper role of a witness”, and that the so-called (anonymous) experts made statements in the reports “without any evident expert foundation”.

How many others, of many nationalities, have been denied sanctuary before and after the courts ruled against the Home Office using this firm? Why did the Home Office continue using Sprakab for so long? With so much evidence, and a Supreme Court ruling, it seems clear that the Home Office used Sprakab because it helped them to deny sanctuary to refugees with a right to protection in the UK.

Language analysis is used to determine an asylum applicant’s country of origin. It is used mainly in efforts to undermine the credibility of an applicant. The UK system for determining applications for sanctuary under the refugee and human rights conventions operates from a starting point of scepticism, the well-documented “culture of disbelief”.

Language analysis is an important tool used to undermine an applicant’s credibility. If an applicant’s stated country of origin can be put in doubt, then everything else s/he says can be doubted too. They might have evidence of persecution, torture, and so on, but that evidence starts to look less reliable once the applicant’s origin has been called into question. So the inconsistencies unearthed in the interrogative asylum interview (and it really is an interrogation) come more into play.

The applicant is called a liar, their evidence is rejected as not credible, asylum is refused, they are detained and face deportation. And it all stems from the evidence of a dodgy firm operating a controversial language analysis process, with an “expert” sitting in a cafe in Sweden, listening to an asylum applicant speaking over a mobile phone for a few minutes.

In May, the Supreme Court ruled that the Home Office has for years been using a “wholly inappropriate” language test company to refuse asylum claims, a company whose techniques are described by expert linguists as “deeply flawed”. The judgment centred on two asylum seekers in Scotland who successfully appealed at the Court of Session in Edinburgh against a decision of an asylum tribunal. They claimed to be from Somalia, but Sprakab said they were Kenyan after listening to a recording of them speaking.

The judge in that case, Lord Eassie, said the experts made statements in the reports “without any evident expert foundation”. He also expressed “serious ­reservations” that Sprakab staff remain anonymous, given that a basic principle in law is that a person is entitled to know the identity of a witness against him.

However, the Home Office denied any problem, and continued with the system, and with Sprakab. Of course, in addition to disbelief, the asylum and immigration system has a problem of denial, and not just the denial of asylum applications. Regularly found to be operating unlawfully, the Home Office blusters on, denying that there is anything wrong with a government department acting unlawfully.

Now, the Independent reports that Sprakab has been quietly dropped by the Home Office. It also reports that one of Sprakab’s most prolific language analysts, a specialist in Somali dialects who has produced more than 5,000 reports for the firm, has been accused of fabricating a degree from Stockholm University.

But it’s important to remember that, despite how awful Sprakab have been, it isn’t just about the Home Office using one bad company. As Lisa Doyle, head of advocacy at the Refugee Council says in the Independent:

“A change in supplier does not change the fact that language testing is an unacceptably approximate way of gauging someone’s nationality and subsequently, if they need international protection.

“Asylum claims are inherently complex. It’s chilling to think that the decision on whether someone’s life is at risk or not could be based on the say so of an anonymous analyst at the other end of the phone.”

Read more about Sprakab in this blog post for GRAMNet by Sarah Craig in Sept 2013 and about the Supreme Court case on the Free Movement blog.