In the first of a new series, our Management Committee member Laura Gibbons writes about her role as a visitor with people detained in Manchester, how she got involved with Right to Remain, and her upcoming fundraising swim from Europe to Asia! 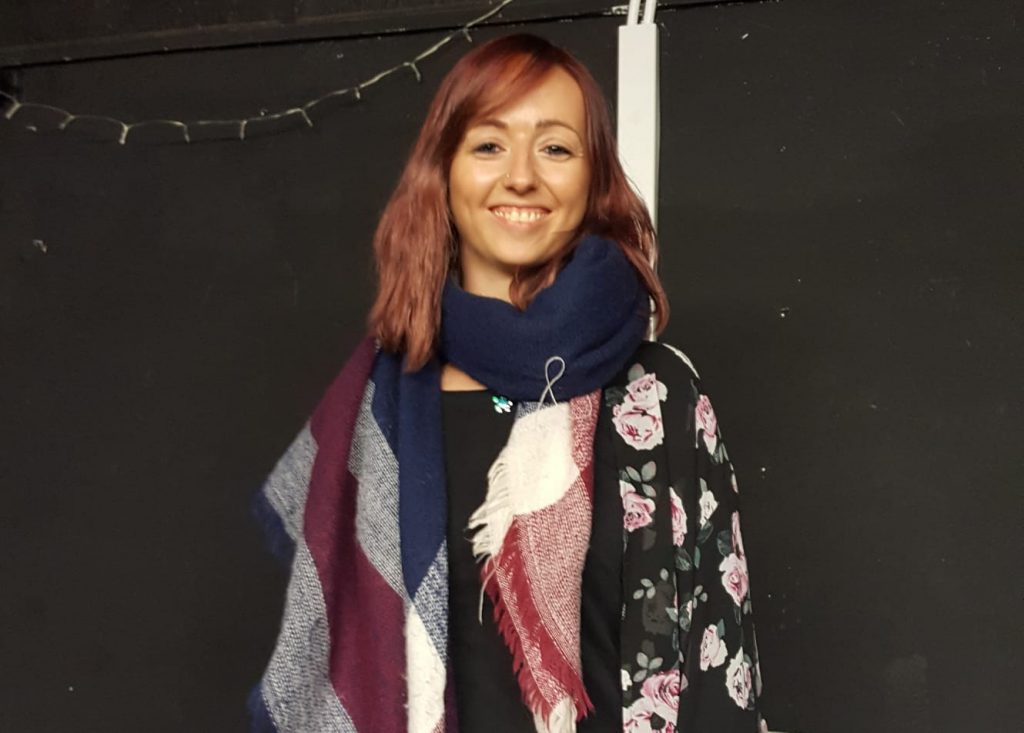 I have an uncomfortable feeling in my stomach as I walk along the newly painted, purple corridors with the friendly staff member who leads me through the building, showing me all the improvements and extra consideration and consultation that has been put into this building, with extra separate spaces for women, windows and access to an outdoor space. The staff are kind and the building a vast improvement on what was in place before, but this is still so wrong – this building serves to lock people up.

I am part of a visitors group that visits people detained at Pennine House (now known as Pennine 302) – Manchester’s immigration removal centre. As a short-term holding facility, the people detained here are locked up for a maximum of five days, so I never get to see the same people twice before they are loaded on to a plane, or more commonly sent along to a longer-term detention centre (usually Dungavel, for men or Yarl’s Wood, for women). The place is tucked away at Manchester’s airport, now in the Cargo area, so most people don’t even know of its existence. Most of the people I talk to about my visiting don’t even realise that immigration detention exists, least of all that it can be for an indefinite period of time.

The UK is the only country in Europe that locks people up in immigration detention with no time limit. The UK detains around 30,000 people each year and, in 2017 the longest recorded length of detention stood at 1,845 days – over 5 years. The financial cost to the public is huge (the Government stated in 2017 that the average cost to hold an individual in immigration detention is £86 per day, meaning it cost approximately £158,670 to detain this person for those 1,845 days).

The human cost is far greater. Most people in detention have already suffered trauma or persecution in the past, and the psychological impact of being held indefinitely in detention inevitably have a further impact. In 2017 six people died whilst in immigration detention and many more are known to have self-harmed. Conditions in immigration detention were unveiled to the general public in BBC’s Panorama programme last year, where we saw the inhumane treatment of people detained at Brook House near Gatwick Airport by an undercover employee.  Yet immigration detention continues, and is no doubt seen by the government as a key part of their creation of a ‘hostile environment.’

It was as a result of my complete opposition to immigration detention that, when I saw a leaflet for a meeting in Manchester for a campaign called ‘These Walls Must Fall,’ I made sure I attended. Thus began my involvement with Right to Remain.

Having worked in the charity or ‘third sector’ in the past I was impressed with their bottom-up, grassroots approach and how they brought the local community together. The campaign has gone from strength to strength, with local communities and organisations raising awareness about immigration detention across the country and Councils passing motions against the use of detention.

I now have the privilege to be a voluntary member of the Management Committee at Right to Remain. We have 12 wonderful members on the committee, all bringing such a variety of skills, expertise and background. It is through their commitment and, most importantly the huge determination and commitment of the members of staff, that the organisation has such a wide-reaching impact. I know of many organisations who have found the Toolkit invaluable, and the These Walls Must Fall campaigns in Manchester and Liverpool have brought many campaigning organisations and individuals together.

The organisation relies on funds from grant giving bodies and support from individuals. I want to see the organisation keep going from strength to strength and so have set myself the challenge of swimming from Europe to Asia! Please consider donating to support the vital work of Right to Remain (and encourage me to get across that shipping canal!)

Laura Gibbons is a voluntary member of the Management Committee at Right to Remain. She has completed a Masters in Human Rights at the London School of Economics and worked with refugees and asylum seekers in the charity sector. Laura then decided to move into the legal sector and qualified as a Solicitor. She currently works as a Public Law Solicitor at the Greater Manchester Immigration Aid Unit where she assists unaccompanied asylum-seeking children in age dispute cases and in securing accommodation and support from the local authority as looked after children or care leavers, families with no recourse to public funds in accessing housing and support and challenges delays in the provision of asylum support or inadequate accommodation and support from the Home Office for asylum seekers.  She is also an active member of voluntary organisations in the area short-term holding facility based at Manchester Airport.