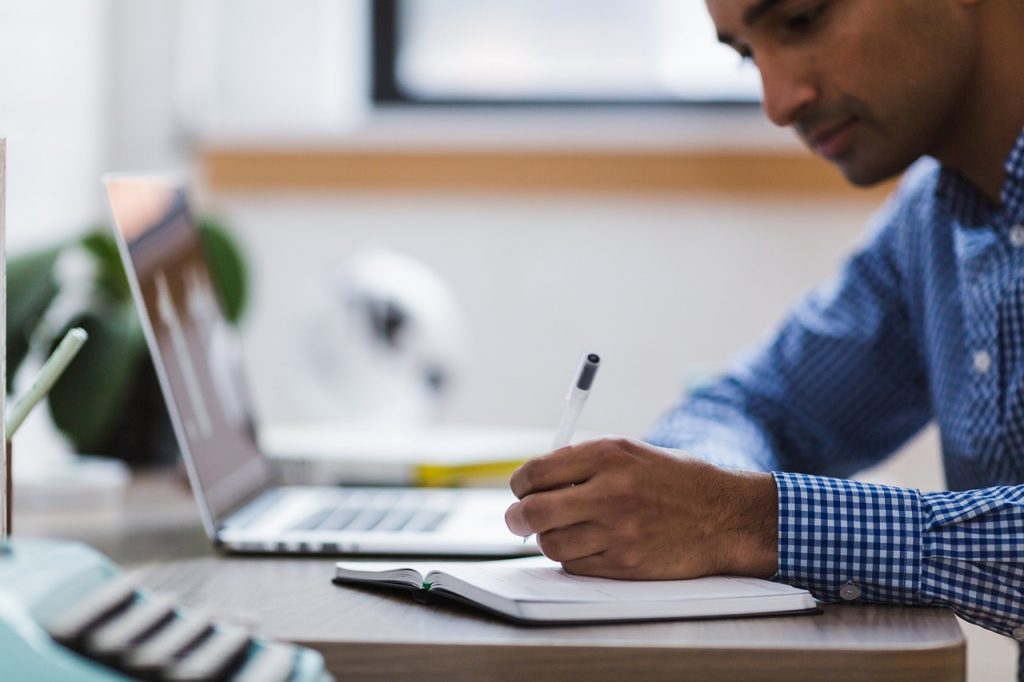 This changed the situation for people applying for immigration bail in order to be released from detention (which we wrote about here).

The changes also mean that the status of “temporary admission” no longer exists.  From now on, any migrant lawfully in the UK without leave to remain (including asylum seekers) is technically on immigration bail.

Before, people seeking asylum had the status of “temporary admission” and did not face any legal restrictions on studying.  (Though there were and are many financial barriers to higher education in particular, with no access to student loans).

Under the previous rules, the Home Office did have the power to place restrictions on studying for those with limited leave to remain or enter.  However, Coram Children’s Legal Centre state in their very useful briefing on the study bans (here) that these restrictions were rarely put in place in practice.

What changed in January?

“There is nothing in the immigration rules to prevent asylum seekers from studying. If an asylum seeker is permitted to study then a bail condition cannot be set preventing this.

But if an individual has exhausted their appeal rights or have committed immigration offences, permission to study cannot be granted using immigration bail conditions.”

The new guidance caused consternation as children and young people seemed to be included in those who could face a study ban, as could adults pursuing ESOL classes and other adult education.  What counted as ‘study’ was not altogether clear.

Coram Children’s Legal Centre highlighted a particular concern about care leavers over the age of 21, whose continued access to leaving care support is reliant on remaining in education.

Coram also pointed out the worrying legal situation that the Home Office has the power to arrest (without a warrant) someone on immigration bail “if an immigration officer or constable has ‘reasonable grounds’ for believing that the person is likely to, is failing, or has failed to comply with a bail condition” and that a person on immigration bail who breaches a condition without “reasonable excuse” is committing a criminal offence.

The study ban seemed to be being implemented in many cases, and support organisations and lawyers quickly took action.  The situation received some high profile media coverage and legal challenges were started.

On the day of the solicitors Duncan Lewis’ hearing to challenge the use of study bans (9 May 2018), the Home Office issued amended guidance about when study should be prohibited as part of bail conditions.

The guidance says that all asylum-seeking and migrant children/young people under 18 should be allowed to study, as should care leavers who are over 18 and are not “appeal rights exhausted” and other categories of adults as well.

As you can see below, adult asylum seekers who are “appeal rights exhausted” and people categorised by the Home Office as “immigration offenders” will still face a study ban. 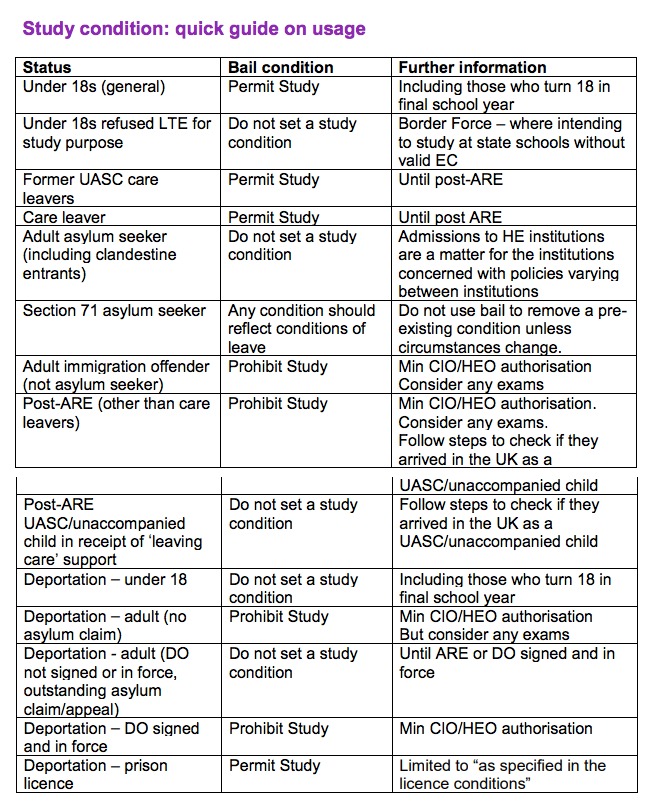 What counts as ‘study’?

The Home Office guidance issued in May also defines what they count as study:

“primary and secondary school for children and young adults up to and including the age of 18, and courses which may lead to a qualification for adults including English for Speakers of Other Languages (ESOL) courses.”

How to challenge a “no study” ban

Coram Children’s Legal Centre have a useful factsheet about challenging a no study ban.  It refers to children and young people, but the advice can be used by adults who should not be subject to a study ban but receive one and may also be useful for anyone else considering challenging one.

If a child or young person is studying and receives a condition of ‘no study’ as part of their ‘immigration bail’, they need to get urgent legal advice. This will include advice on varying/changing the condition and potentially urgently challenging the condition if necessary. If a person already has a solicitor they should raise this issue with them as soon as possible. Otherwise, see our fact sheet on finding legal representation.

The Home Office has the power to both vary and change the conditions of ‘immigration bail’, including a ‘no study’ condition. They must consider a request to remove a ‘no study’ condition and change where it is appropriate. They must tell the person when they agree with the request (with a new BAIL 201 letter) and when they refuse to allow permission to study. If they refuse the person will receive a BAIL 206 letter.

If a person receives a refusal, they may be able to challenge this further – this should be discussed with a legal adviser.