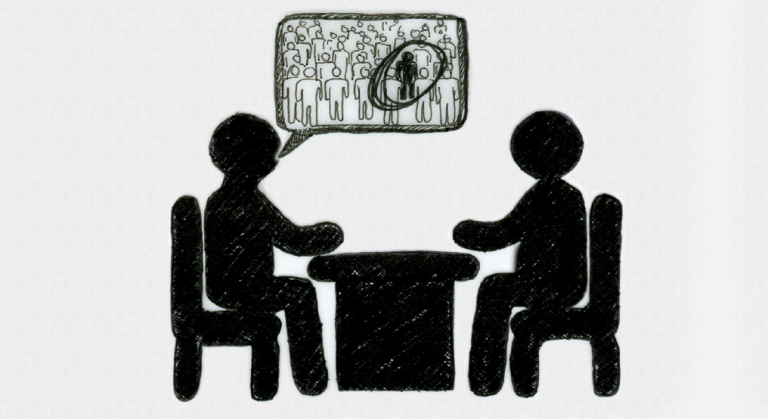 Over the years of working with people going through the asylum and immigration system, we have seen how disastrously unprepared most people are going into their asylum substantive interview.
This is one of the reasons we produce the Right to Remain Toolkit, and why we’re working with a new group in Sheffield to help new asylum-seekers prepare for their asylum interview.

Why does the asylum interview matter?

Are people seeking asylum prepared for the interview?

The people in our workshops in Sheffield – preparing for the asylum interview – know very little about what to expect and how the interview might feel, before they came to the workshop.

When we delivered one of our workshops in Swansea, a Sudanese man came up to us and said “I wish you had come before. I wish I knew this before my interview”.

We recently interviewed women who are further into the process in Manchester about this.  Even those with lawyers (and good lawyers) said they felt unprepared for the emotional impact of the interview.   Read what they said below.

What do experts-by-experience say about the asylum interview?

I wanted to take my story to the grave with me, but I was forced to share it because I’m in the asylum process.
It’s difficult when they refuse you and they point out mistakes [between your interviews and/or written statements] but there are different ways of saying things to describe things, especially when English is not your first language.
They [the Home Office] are tricky, they will ask you different questions in different ways at different times. For example, with me, they asked me “Have you got any family back home?” then later, they asked “Who do you have back in your home country?”, I thought “I’ve already told you that!”
I didn’t know what to expect, I thought it would be easy, straightforward.  I didn’t know had to go into detail.
It’s not easy to relive your past.
I had my child in there with me, 18 months old – I had to look after him while also trying to answer their questions. They didn’t offer childcare, I didn’t know anyone who could look after him and couldn’t afford to pay anyone – they said I could bring him, there are family rooms but I didn’t realise this meant he would be in the interview with me.
I had to get up at 4am to get to Liverpool in time.  I was exhausted, my baby was exhausted, before we even began the interview.
I wish I’d know what type of questions they had asked me, but the most crucial thing – I wish I had know there wasn’t childcare.  My attention was so divided.
They kept cutting me off when I tried to explain things.
I didn’t know you could ask for a woman interviewer – I would have felt more comfortable with a woman (I was interviewed by a man).
They often don’t look at you, they are busy writing, typing.
They go in deep into stuff, people get upset and emotional.

What advice would they give to people with the asylum interview ahead of them?

Be consistent – it’s your story – don’t forget dates – if you do, explain why you have forgotten.
You need to be mentally prepared – people have got bad stories to tell. It’s going to be nerve-wracking but we all take pressure in different ways.  Be prepared for any questions.
It’s difficult to tell people what to expect, as different people have different cases so will have different questions.  [However you can have a look at the types of questions people may be asked in our Toolkit section here]
Try and stay calm – even if they say things like ‘You are lying’
Read the record of your screening interview before you have your asylum substantive interview.
Emotional/psychological preparation is really important – be prepared to be strong.
I always have my cross with me, it gives me strength, hope. I held it in my hand during my interview.
It’s really important to emotionally prepare for the interview, you have to be strong. You have to be prepared for any questions – and answer the particular question they are asking.
Ask advice from people who have been through it.
If you are feeling nervous in the days before, or if you are worrying about the interview afterwards, find something that you love to do, talk to people, don’t just stay indoors.
A  practice interview in advance is a good idea – as I got really frustrated in the interview, telling my story, laying it down, and being told I’m lying.
Request an interpreter if you need it. Request audio recording. It’s bad to go in unprepared.