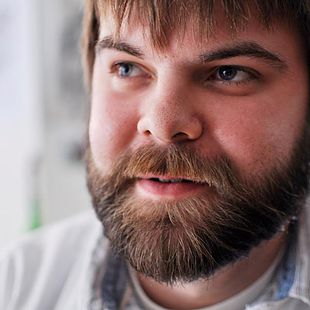 A guest blog post by Josh Harbord,  head of the Stop35k campaign.

From April 6th, any Tier 2 skilled worker who applies for ILR (indefinite leave to remain) must earn over £35,000. If they don’t, they will be forced to leave the UK – either voluntarily, or by being deported. A Tier 2 skilled worker is a non-EU person who must be qualified to university degree level. As things stand now, a Tier 2 skilled worker already has to satisfy a lot of conditions before entering the country. Their job had to be advertised to UK residents for a month, in order to establish that no UK worker is suitable, before the Tier 2 skilled worker can be considered for the role. This is called the Resident Labour Market Test, or RLMT. The job must pay over £20,800. If they lose their job they have 30 days to find another one or they must leave. They are forbidden from claiming housing benefits, JSA, family benefits, and many others. They must pay an NHS surcharge as well as the thousands of pounds for immigration fees. The company they work for must already pay thousands of pounds in order to hire the Tier 2 skilled worker, and this amount is set to increase. Only around 20,000 people per year are allowed to enter the UK using the Tier 2 General route, while Tier 2 ICT (intra-company transfers) and other routes are uncapped.

They must work in the UK with no significant absence for 5 years before they can apply for ILR. Time spent on a student visa does not count towards this.

Although the policy was announced in 2012, nobody started to seriously oppose it until January of 2016. That was us. I’m the head of the Stop35k.org campaign.

We arrived at this point partly because nobody, including the Home Office, ever really paid attention to it. They’re probably never going to completely overturn it, but we are asking for fairer variations between industries and regions: in 2014, not a single Tier 2 skilled worker in Northern Ireland, Wales, Scotland, the West coast or the North ever earned £35,000. A teacher on the starting pay grade in their first year will not be earning £35,000 in five years – the average is more like £29,000. Like many other professions, it will be impossible for them to meet the threshold.

Recently people have been asking us about where we stand on Brexit, and what the EU referendum will mean for this threshold. The answer is bad, either way. If Britain remains in the EU and retains the freedom of movement laws, then the Government will use that as justification for further punishing non-EU migrants and increasing the 35k threshold. They have already stated that it will climb to over £38,000 by 2020. If Britain leaves the EU, some people have suggested that this threshold will prove unnecessary. In my opinion such thinking is dangerously naïve. Of course they won’t repeal it: the Government has arbitrarily chosen a net migration target of ‘tens of thousands’, and leaving the EU will only give them more freedom to pursue it. In their destructive mission they will expand this threshold (and others like it) to all EU migrants. The deportation of skilled workers will swell from a trickle to a haemorrhage.

It is true that the Tier 2 skilled migrants are better off than some immigrants to the UK, since they have qualifications, professional experience, and job prospects. In many cases they’re not fleeing a war or persecution. Sometimes they are of course, because Tier 2 skilled workers are from a dazzling variety of countries across the world and each person has wildly different circumstances. However these cases are the exception rather than the rule. Lots of them came to the UK to study, then decided to stay after they graduated. They found opportunities, or a home, or love, or peace. Sending them ‘home’ may not directly endanger their physical lives but it will absolutely destroy the lives they have built here. Nobody has been building a second life somewhere else.

In defending the settlement of Tier 2 skilled workers, we are also defending the British. The Home Office’s own Impact Assessment report estimates this will cost the economy £288million, while the MAC who originally researched the threshold estimated it to be £761million. They also estimate it will mean the removal of 37% of all migrant primary school teachers, 9% of all migrant senior school teachers, and 42% of all migrant nurses. Nurses have recently been placed on the official Shortage Occupation List, due to pressure applied to the Home Office by unions and healthcare trusts, which means they are exempt from the threshold. However teachers, carers, radiologists, artists, musicians, and a whole range of other professions are still at risk. The impact on already overstretched and undercut British public services cannot be overstated. Even more than that, this threshold is another cold and calculating rationalisation of discrimination against the lowest earners of society. While some Tier 2 skilled workers may be lucky enough to one day rebuild lives elsewhere (at great personal cost), the reputation and effectiveness of British business, industry, economy and culture may be damaged forever.

Until we can organise a more thorough, sustained legal case (which is underway) the only thing we can do for now is pressure the Home Office to rethink this policy. This has proven to be effective in the past: some people have suggested that this policy only came to exist because in 2011 and 2012 the now-discredited UKIP and EDL support demanded the Government make some anti-immigration gesture, and the Home Office surrendered to the pressure. One MP has described this policy as ‘immigration theatre’. If public demand can influence the Home Office to be cruel, public demand can also influence them to be kind.

Influencing the Home Office begins with public support. The first thing you can do is write to your MP, which can be done from our website. We have resources that will help you. We are also available on Twitter  and Facebook, which is a very effective way to share any reply you receive. We’re encouraging everyone to tell everyone else about us: nobody knows which friends or colleagues might be directly affected without knowing it yet. You can also donate to our campaign from our website, and help us fund the many elements of our campaign. On the lowest level we’re producing leaflets to try to reach Tier 2 skilled workers who are unknowingly at risk, and to try and to make the British public aware of the dangers of this policy. We need volunteers to hand out these leaflets too – if anyone is available then please email info[at]stop35k.org

There are website fees which we can no longer keep paying out of our own pockets. Legal consultation is also reasonably pricey, even though many legal advisors are helping us for free, or as cheaply as possible. You can also help fund our further fundraising efforts, meaning we won’t have to rely so heavily on donations.

Donate to the Stop35k campaign

April 6th is the date when the threshold policy starts being enforced, and the date after which people will start being deported when their visas expire. To mark the date and raise money we’re throwing a leaving party in London that we call the DeParty, 5pm in the Red Lion pub opposite Downing Street.  We’re encouraging others around the UK to throw their own, too, and to Tweet us the pictures. But of course you’re also all invited to ours.

We hope to see you there. We hope that you can help. Despite everything, we have so much hope.