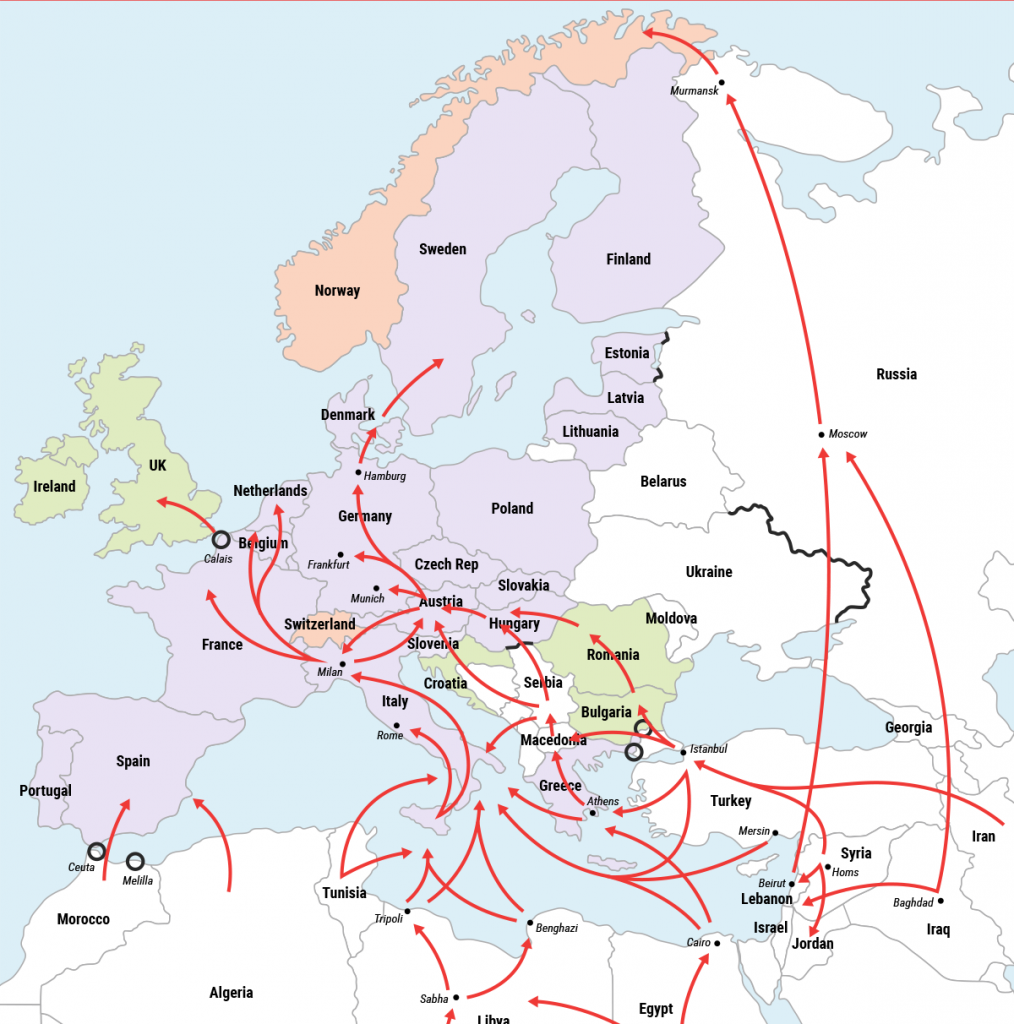 This guest blog post is written by Robert Swinfen, a member of the Management Committee of Right to Remain. He has been closely involved in a few campaigns for the right to remain, including a successful campaign to prevent a transfer under the Dublin II regulations.

“Dublin” is the term often used to refer to the agreement between the EU countries about where people’s asylum claims are heard. The numerals after the name is the official way they are written: so Dublin II which means Dublin 2 and Dublin III means Dublin 3).  The normal rule is that it the asylum claim should be heard by the first country where a person claimed asylum, or was legally present (e.g. on a visa), or had their fingerprint recorded (on the system called Eurodac). Many people have been caught by this system and sent back to a country which, for various reasons, is less good for them than the one they are currently in.

As was already highlighted on the blog, in January next year the UK will move from the Dublin II regulations to a new version called Dublin III.  The main rules stay the same, but from the point of view of an asylum seeker there are some improvements which are worth knowing about.

Be Aware: I am not a lawyer, this is just a personal attempt at reading the new document and thinking about things that might happen as a result of it coming into place. Most people will need legal advice before they take action, and certainly appeals will need a lawyer involved to stand much chance of success.

First of all, there are some new rules about how asylum-seekers have to be treated under the Dublin process. They have to be informed about the Dublin process before it starts, and then have a formal interview (with an interpreter if needed) to find out facts relevant to the process.  This is before, and should be completely separate from, any interview about the actual claim for asylum.

The Home Office may have done this in the past, but now it is a requirement.

What makes this information-sharing so important is that the asylum-seeker now has a right of appeal against a Dublin decision. The Home Office will have to decide how this works, but  the requirement that the person themselves has a chance to appeal a Dublin transfer, before they are transferred, is a new development.

Under Dublin II there is no right of appeal at all, and even in those rare cases where there was a successful Judicial Review it was usually after the transfer. As with any appeal, there will have to be a reason for it, but Dublin III also gives us some ideas about what sorts of reason might be used.

There is also, for the first time, a general rule about detention. It says that, in general, people should not be detained just because there is a plan for a Dublin transfer; they should only be detained if there is a “significant risk of absconding”.

The Home Office does usually refer to risk of absconding when detaining people, but there may be chances to challenge this more successfully now that it is actually a wording in an EU Regulation, and that there is a right of appeal in that Regulation.

Asylum system in country of transfer

Dublin III includes the rules (from Dublin II) about not transferring to a country where the asylum system has collapsed. It uses basically the same words as the current case law about Greece, so it doesn’t widen the principle, but at least it doesn’t try to back away from it either.

A tiny little change that might help a few people:  a reduction of the time-frame within which a country can attempt a Dublin transfer.  Under Dublin III, the country where a person is present has (generally speaking) 3 months from the time that an asylum-seeker comes to their attention in which they can make a Dublin transfer request to another EU country. Under Dublin III if the reason for the transfer is a fingerprint match under Eurodacs, this is reduced to 2 months. Someone might get lucky and have a Home Office official who doesn’t act quickly enough.

There are a lot more rules to help people under 18, especially those who are on their own  – “unaccompanied minors”. They don’t go quite so far as the recent Court Case which implied that it will nearly always be best for Unaccompanied Minors to stay in the most recent country they have reached, but they certainly make unwanted transfers much less likely for this group.

There is a wider definition of family, which means that unaccompanied minors should be reunited with uncles, aunts, grandparents, or brothers and sisters, as well as parents – as long as this is “in their best interests”. It does seem that these rules only apply during the Dublin process, so the asylum-seeker wanting to be united with family in a different country needs to say this very early on. There is also some kind of requirement on the EU countries to try and find family members for Unaccompanied Minors, which sounds good, but also suggests the creation of a brand new database of asylum seekers and refugees across the whole EU which could be the start of a very nasty control trend.

A new section uses the wording from the UK that “the best interests of the child” are “a main consideration” for all decisions. This would affect families with children under 18 as well as Unaccompanied Minors. In theory it won’t make much difference in the UK, as we already have that wording, but it will make it harder for that to be changed in the UK and might help some people in other countries.