Why has Bahraini democracy campaigner Isa Al-Aali been refused asylum?

Is it connected to the UK’s special relationship with the torture-state?

On 21 May 2014, as the legal team and supporters of teenager Isa Al-Aali were desperately trying to prevent his forced removal to Bahrain, news came through of a 14 year old Bahraini shot and killed by security forces.

The Kingdom of Bahrain is an increasingly brutal dictatorship that imprisons, tortures and kills pro-democracy activists. Isa Al-Aali has been sentenced in absentia to five years in prison for campaigning for human rights. His application for protection under the Refugee Convention seems straightforward.

So why is the UK Home Office refusing Isa (and other Bahrainis) protection, and preparing to hand him over to the regime?

The dictatorship in Bahrain has been torturing and killing civilians for years, increasingly so since the regime began a bloody crackdown on pro-democracy protesters in early 2011. This is undisputed fact, documented by many independent human rights organisations, and governmental bodies like the US Dept. of State, which highlighted:

“citizens’ inability to change their government peacefully; arrest and detention of protesters on vague charges, in some cases leading to their torture in detention”.

Young people and children are particularly at risk, as highlighted in a recent article by the Deputy General Secretary of the UK’s largest teaching union. Dr Patrick Roach of the NASUWT writes in the Huffington Post that:

“torture, violence and sexual assault are used routinely against men, women and children who dare to speak up or protest against the Bahrain government. Hundreds of children have been jailed for taking part in protests against the regime and are being held in adult jails with some even given the death sentence. In January this year, ten children were sentenced to a combined jail term of 215 years.”

It is no wonder then that Isa, who was sentenced in absentia to five years in prison, is seeking sanctuary in the UK and is terrified at the prospect of being forcibly returned.

Looking at his case, and the wealth of evidence of the Bahraini regime’s imprisonment, torture and extra-judicial killing of people like Isa, you would think that his application for asylum would be quickly settled with sanctuary granted. The UK government, after all, has been outspoken in support of the human rights and democracy movements of the Arab Spring. In an address to the United Nations, Prime Minister David Cameron described the movement as a “massive opportunity” for the spread of democracy, and that “to fail to act is to fail those who need our help”.

And yet, when democracy campaigner Isa Al-Aali sought help, sought sanctuary, Cameron’s Home Secretary Theresa May decidedly failed to act. On arrival, Isa applied for protection as a refugee, but was immediately put into the notorious Detained Fast Track system. He was imprisoned and rushed through the process with limited legal help, he was refused asylum and the UK Home Office attempted to forcibly remove him to be handed over to the security forces in Bahrain.

“It is an absolute betrayal of the Government’s claims to uphold human rights when it seeks to deport a young activist who fled persecution and now faces imminent imprisonment and possible torture.”

Why are pro-democracy campaigners refused asylum in the UK?

So why is it, when the UK makes such a big deal about democracy and human rights in the Middle East, and with so much evidence supporting applications for refugee protection, Isa and other Bahrainis are refused asylum and face being forcibly removed to the torture state?

The answer to that question is twofold. Anyone with any knowledge of the UK asylum process will know the enormous barriers to  recognition of refugee protection status. Less widely known, perhaps, is the UK’s special relationship with the Bahraini regime, a relationship which may well influence decision-making at the Home Office.

No sanctuary in this hostile environment

As a signatory to the UN Convention on Refugees, the UK has an obligation to offer sanctuary to people at risk of persecution. It is a duty and a principle that any democracy should be proud to uphold. The UK asylum process, however, is part of an immigration prevention system, which seeks to deny entry and settlement to as many migrants as possible, including refugees.

Although Isa’s case is one of the more blatant examples of injustice in the UK asylum system, it is, sadly, far from unusual.

To seek sanctuary in the UK is to enter a cynical system of institutional cruelty and a culture of disbelief. You may be denied access to adequate legal representation, whilst facing a series of hostile interrogative interviews. When not imprisoned in a detention centre, you will be banned from working, forced to subsist on sub-poverty benefits, living in slum housing managed by the same security company that runs the detention centre.

When you are (almost inevitably) refused status you may end up homeless and destitute whilst trying to lodge an appeal. You may be targeted by the Home Office snatch squads on the streets, on public transport, in your place of worship – all part of the government’s “hostile environment”, seeking to intimidate people like you into leaving the UK.

If you are particularly unfortunate, you will be put in the Detained Fast Track system. With just weeks to submit your application and evidence, locked up from day one in conditions equivalent to a high security prison, allowed just a few hours with a lawyer on the day of your main interview, and with just two days to appeal a refusal, your chances of being granted sanctuary are slim. In fact, 99% of applicants are refused.

This is the system that 19 year old Isa Al-Aali found himself in.  After being imprisoned and tortured in Bahrain, and facing 5 years in prison for attending an protest march, Isa fled to the UK on February 14, on a valid passport and visa. He was detained in the fast track system as soon as he applied for protection. Locked up in a prison environment, he was denied access to a lawyer, and any knowledge of the legal procedures.

“He did not see a lawyer from 14 February to 6 March and only met him a day before his first interview. Isa was not told what the asylum procedures were so how could he mount his defence? He was never told he must get his papers translated. In fact, the Home Office only had his papers translated after they’d rejected his application. It is clear that due process has not taken place. Isa’s appeal was refused on 22 April.”

This is how the UK government treats democracy campaigners fleeing the torture cells of countries like Bahrain.

Less than a week after Isa’s appeal was refused, the UK Ministry of Defence announced that work had begun on the Royal Navy’s new £6million Middle East headquarters, in Bahrain. In Bahrain, Armed Forces Minister Mark Francois MP celebrated 200 years of the British Bahraini relationship, and the UK’s enduring commitment to Bahrain.

The UK relationship with Bahrain does indeed go back a long way. It is a murky past, in which the torture system of the regime was set up and maintained by British interests to this day, as Robert Fisk details in this shocking report. 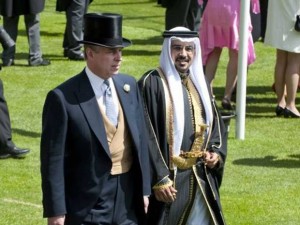 Meanwhile, last week in London, a few miles from the Harmondsworth detention centre where Isa is incarcerated, democracy and anti-arms trade campaigners  were protesting at the This is Bahrain conference.

At Windsor Castle, the King of Bahrain was the guest of the Queen and former arms-dealer Prince Andrew. His son, Prince Nasser bin Hamed Al Khalifa, faces a legal challenge to immunity from prosecution for torture, but Prince Andrew stands by his close friend, and last month described the regime as “a source of hope for many people in the world and a source of pride for Bahrainis”.

The British establishment appears unconcerned at the ever-mounting reports of state oppression and torture in Bahrain. There are arms deals to be struck, special relationships to be maintained.

In the midst of this, are pro-democracy activists like Isa Al-Aali an embarrassment, to be hidden away in a detention centre, denied access to justice, and handed over to the secret security services of a torture-state? 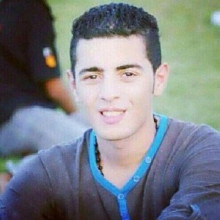 You can take action to support Isa Al-Aali.

Legal work and campaigning action has postponed the planned removal. Isa has a few days to submit fresh evidence, but is still at imminent risk of a new forced removal.

Spread the word, get involved, see the campaign page here for the latest actions.

For more information on Bahrain and up to date country of origin reports, see the Right to Remain COI blog here.

6 comments on “Bahrain and UK: no sanctuary from torture”