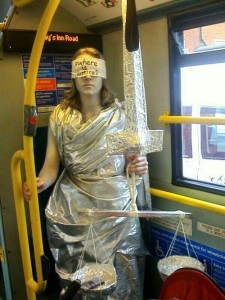 We have been warning for some time of an impending disaster.  Over the past couple of years, whenever we have spoken with people (and there are so many) who have struggled to access justice within the asylum and immigration system, who are at risk in their home country yet have been denied protection, whose home is the UK but are threatened with forced removal; we have had in the back of our minds that things are only getting worse.

It has always been difficult to get free, good quality legal advice. Little by little, cuts to legal aid have made this even harder.  Occasionally, dramatic events will remind us of the seriousness of this – such as the closure of Refugee and Migrant Justice, and Immigration Advisory Service, and all the clients left stranded as a result.  But our rights – the right to justice, the right to protection from human rights abuses abroad and in the UK, and the right to migrate and make your home in the UK – have been slowly, often silently, sinisterly eroded.

April 2013 was an important milestone, one we had all been dreading.

Since April 2013, legal aid has no longer been available for legal advice in non-asylum immigration matters.

There were hard-won exceptions to this, such as cases involving domestic violence.  These exceptions, however, are few and now access to justice in immigration cases is a luxury only for the rich.

While we recover from body-blow and try to work out how grass-roots community and activist groups can best respond, with very limited resources, we are faced with a new danger.

The government has proposed even more restrictions to legal aid that would have devastating and discriminatory consequences, particularly in the area of judicial reviews.

Currently, there is still legal aid for judicial review in all areas of law, but there are some exclusions in immigration cases. If you have had an appeal hearing or determination on the same, or substantially the same, issue within 12 months and you lost the appeal, legal aid for a judicial review will not be available. If you have appealed against a decision to remove you and you received the decision within the last 12 months, you cannot get legal aid to judicially review the attempt to remove you.

Under the proposed changes, work done for the permission stage of a judicial review will only be paid if permission is granted. Lawyers risk not being paid for this work, which will make them understandably reluctant to take on such cases.

In addition to this, an astonishing move has been proposed.  People wishing to claim civil legal aid (for example, for judicial reviews to stop unjust removals or for challenging unlawful detention) will have to prove to their lawyers that they are living in the United Kingdom lawfully, and have been for at least 12 months.    Asylum-seekers are exempt from the residence test until their case has been decided and any appeals finally concluded. Once an asylum seeker is granted leave to stay in the UK, they will no longer qualify under the exception for asylum seekers. This directly contradicts the provision in the Refugee Convention that refug

4 comments on “Where is justice?”