Our dear friend Aderonke Apata has FINALLY been granted refugee status, after years of fighting for justice.

All along the way, she has fought for the rights of others – for asylum rights, for LGBT+ rights, for human rights.  She is a true inspiration. 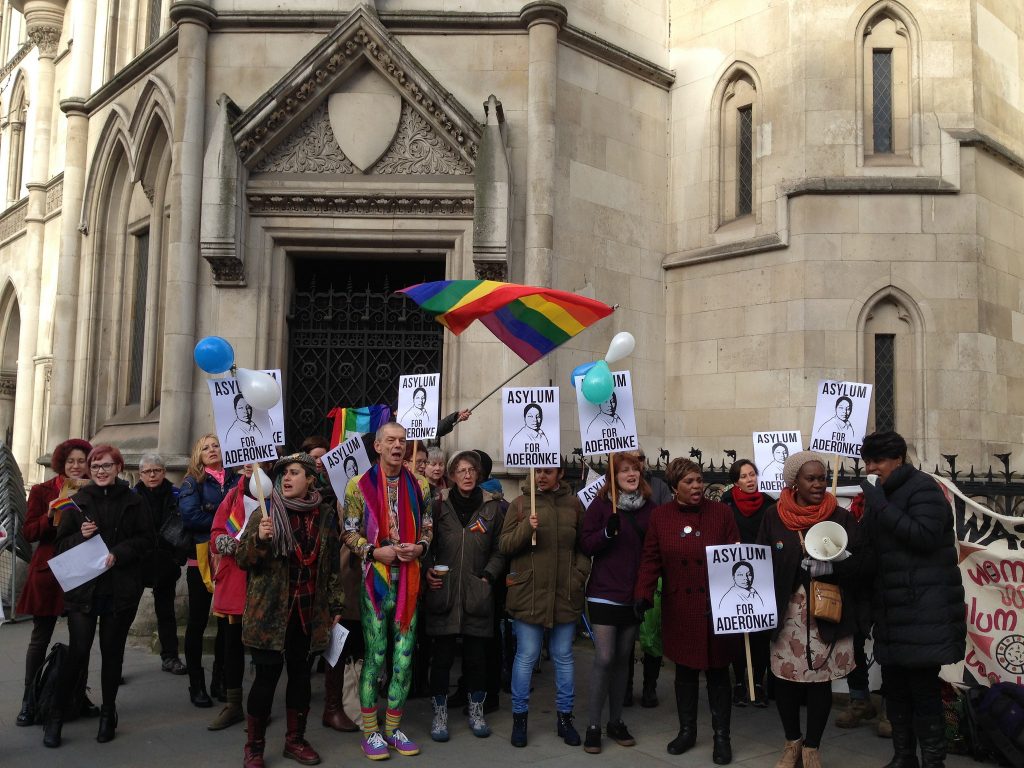 The news was broken publicly in Attitude today, stating:

A Nigerian woman who has spent the last 13 years locked in a fierce legal battle to remain in the UK after being forced to flee her home country because of her sexuality has finally been granted asylum by the Home Office.

Aderonke Apata, 50, has spent over a decade in legal limbo trying to prove her sexuality to secure her safety since arriving in the UK in 2004.

Even while celebrating her own success, Aderonke (typically) raised the issue of justice for others:

“The Home Office needs to catch up with the rest of the UK, drop its vile ‘proof of sexuality’ policy and move on from 1967. All LGBTI people seeking asylum in the UK want – like anyone else – is to be treated with fairness, dignity and humanity.

“Having been forced to flee by hate and intolerance at home, being branded a liar by the Home Office is demeaning and cruel for LGBTI people seeking asylum.

She added: “I hope the Home Office will look back, reflect on my case and treat everyone with the decency and respect they deserve.”

You can read our report of Aderonke’s battle in the High Court, and the amazing display of solidarity from supporters back in 2015, here.

2 comments on “Asylum, finally, for Aderonke”