In November 2016, These Walls Must Fall hosted their first open meeting at Cross Street Chapel, to discuss, plan and start building a new kind of local campaign against detention in Greater Manchester. 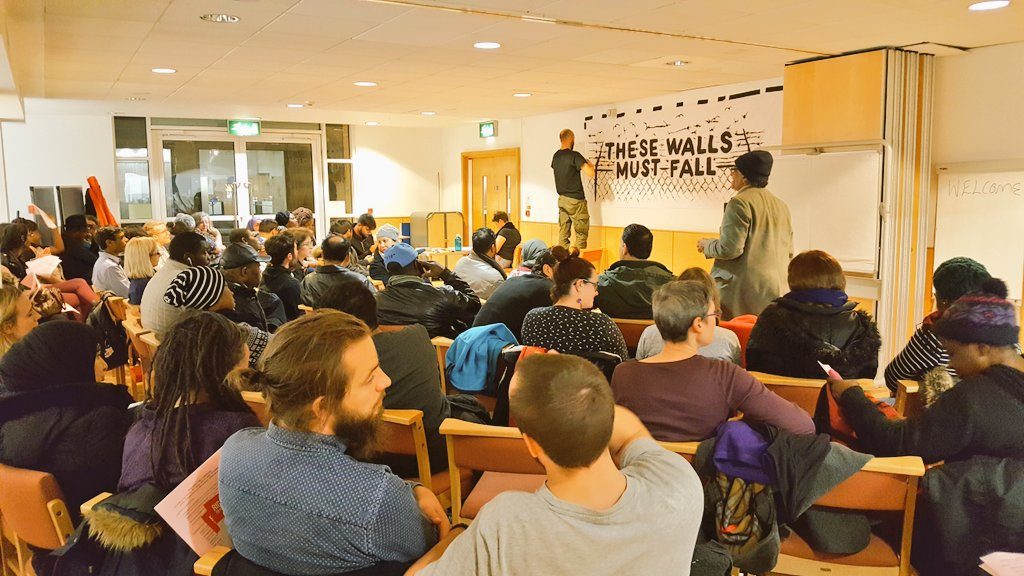 This was just over a year ago, and under the shadow of the detention local activist Dianne Ngoza*, people discussed the open-source, decentralised, non-directive approach of the campaign, and explored what the challenges and opportunities might be in bringing people together to end detention. *(Thanks to local support, Dianne was later released from detention).

Since then the movement has gone from strength to strength. At a launch meeting organised with Unite the Union greater Manchester Social Action Branch, Julie Ward MEP spoke in favour of the campaign, and the need for communities to resist the government’s ‘Hostile Environment’; shadow immigration minister and local MP Afzal Khan endorsed the campaign and has raised the issues several times in parliament; a growing number of trade unionists and local Trades Union Councils have pledged their support, and the campaign has spread to local community groups and church congregations.

An important milestone happened a year after that first meeting, Manchester City Council became the first local authority in Britain to pass a motion (unanimously!) condemning indefinite immigration detention and endorsing the These Walls Must Fall campaign. Councillors spoke passionately about the negative effect detention has on their local communities, about how it continues to violence that women face, and how a different approach is needed by the government.

Last week, we met again in the Cross Street Chapel where it all began. Councillors, trade union activists and migrants rights campaigners updated an eager audience, before we broke into smaller sessions focus on what concrete actions churches, unions, universities, and community groups can do to further the movement. Nothing was put forward that didn’t have a volunteer to take the action forward! 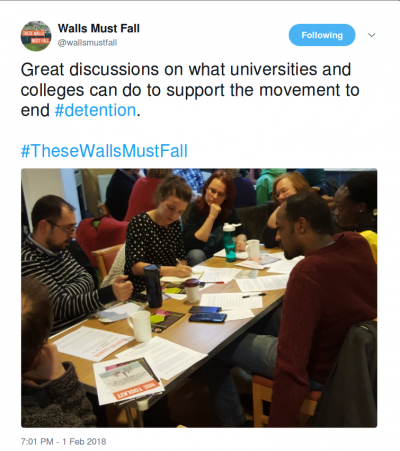 The developments in Manchester are happening in a context of greater calls for change in detention. It’s not just the “usual suspects” calling for change. A high profile Tory ex-Minister has called detention ‘a stain on our democracy’, and two of ten DUP MPs (that the Conservatives rely on for a majority) have expressed support for a time limit on detention. Labour, the SNP, and Greens have all supported a time limit, and reforms are now a mainstream position. Imagine what we could achieve if we keep pushing together! 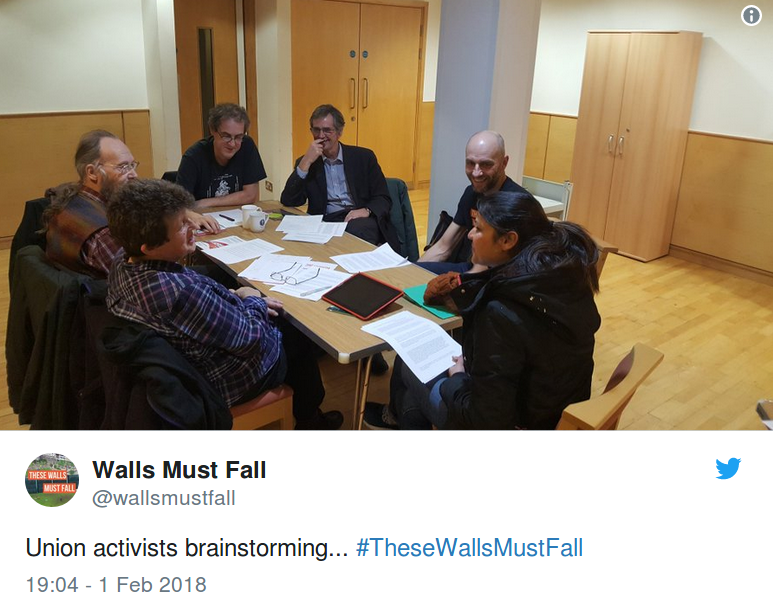 At this event in Manchester, campaigners came together to focus on what concrete actions churches, trade unions, students, and community groups can do to further the movement to end detention. There were plenty of ideas and loads of commitment to action.

– A draft trade union motion was presented, and will soon be ready for anyone to take to their branch.
– Community campaigner training is being organised.
– A resource pack of printed and video material is being put together.
– A network of faith communities is discussing the next steps.
– LGBTQ groups have ideas for action.
– Student meetings at colleges and universities are in the pipeline…

these are just some of the actions being planned.

Do you want to get involved in any of these actions? Or have you ideas of your own that you want to develop? Then get in touch. Together, we can end detention!

This article first appeared on the These Walls Must Fall website.