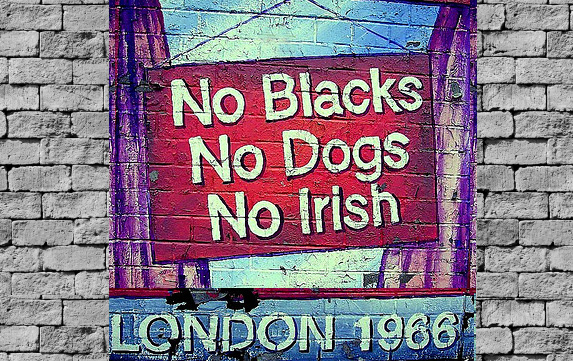 On 22 October, the new Immigration Bill had its second reading in the House of Commons.  At this stage of a new bill, MPs are given the opportunity to debate the general principles and, afterwards to oppose it if they wish.

Of great concern was the Labour Party’s stance on the Bill:  most Labour MPs abstained from voting on the Bill, which passed by a massive 303 votes to 18.   Just six Labour MPs voted against the bill. They were Diane Abbot, Kelvin Hopkins, David Lammy, John McDonnell, Fiona Mactaggart  and Dennis Skinner. Islington North MP Jeremy Corbyn acted as teller for the noes.

Speaking in the parliamentary debate, Jeremy Corbyn MP described the Bill as “dog-whistle politics, the mantras being that every immigrant is an illegal immigrant who must somehow be condemned and that immigration is the cause of all the problems in our society.” He concluded: “If we descend into a UKIP-generated xenophobic campaign, it weakens and demeans all of us and our society, and we are all the losers for that.

John McDonnell MP called the Bill “the most racist piece of legislation that this country has witnessed since the 1960s… aimed at setting up a regime of harassment for migrants.”

Although Shadow Home Secretary Yvette Cooper expressed “serious concerns” about the Bill and intends to push for amendments which will protect migrant workers from exploitation, she has previously stated that some of its measures are “sensible”.  This is gravely disappointing as the Bill is not only very badly drafted and very unlikely to be workable; it is state-sponsored racism.

People who have experienced the abysmal decision-making of the asylum and immigration system (both those experiencing it directly and those of us bearing witness to its failings) have been endlessly calling for improvement in Home Office decision-making, rather than vote-pandering hysteria about appeal rights.  This argument was raised during the reading in parliament.  Green MP Caroline Lucas suggested to the Home Secretary that it would be more helpful to improve decisions making processes rather than by “eroding appeal rights”.

Keith Vaz later described the reduction in appeal rights as a “crazy idea”, and asserted the point (frequently made by campaigners) that the best way to cut down on appeals is to make better decisions, and that an administrative review system will result in “unqualified people [having] to look at legal issues”.

We are all interested in streamlining the system. However, given the very high number of decisions on appeal that overturn the original decisions by the Home Office or the immigration officials abroad, what guarantee can she offer that the quality of the reviews that will now be undertaken by Home Office officials as an alternative to appeals will be subject to proper supervision? In my experience, when we had those reviews before we often got poor-quality decision making and people within the Department saying, “Oh well, if so and so has already said no, I’m going to say no too.” If that happens we end up with more judicial reviews.

To which Theresa May replied:

Of course, we need to ensure that the system is operating properly, and we will be looking to ensure that, through the operation of the ability to challenge administrative error, we ensure that people are making decisions fairly on the basis of the decision that is put in front of them.

Administrative review, which we have already had in relation to the points-based system, has not led to the kind of reversal of poor decision making that one sees when one has an independent and impartial judicial remedy. We have already trailed administrative review with the points-based system before, and it is no substitute for the rule of law, where you have independent judicial scrutiny of executive action.

The Bill is now at Committee Stage, which is where a detailed, line-by-line examination of the Bill takes place.  Any clause can be agreed to, changed or removed at this stage and there is still time to have your say.

We do not believe the measures proposed in the Bill can work, nor do we believe those measures should work.  Some health professionals have already commented that it is not ethical for them to administer treatment solely based on immigration status, and indeed that it would be costly and dangerous to refuse treatment, for the population as a whole.  If you have experience in this area, let the committee know!

Landlords checks would be costly and unworkable; human rights campaigners have raised concerns about the facilitation of xenophobia and racism this bill involves; lawyers have highlighted the impediment to justice (crucial to the rule of law) the Bill proposes.

Forcing migrants out of their homes, out of society and out of the legal system benefits no-one and damages us all.  Have your say before 19 November.

7 comments on “Stop the Immigration Bill: a "regime of harassment for migrants"”