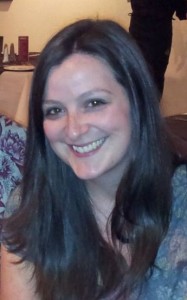 We recently posted on our legal resources blog a summary of a 2013 Court of Appeal case about forced removals to Iraq, looking at whether Iraqis removed from the UK could relocate internally to areas of Iraq under the control of the Kurdistan Regional Government (KRG) as opposed to the Government in Baghdad (GOI).  The summary looks at what this case might mean for Iraqi asylum seekers whose cases have been refused, and explained the judgment for non-lawyers.  You can read it here.

The judgment in this country guidance case, HM (Iraq), throws up interesting debate and serious concerns about removals to Iraq and the possibility of internal relocation.  The case will be a new country guidance case for Iraq and its implications are potentially very dangerous in that it places onerous requirements on Iraqis who are subject to internal relocation, and casts vague, but inappropriate, aspersions on UNHCR guidance.

country is safe or not:

Country guidance cases play an extremely important role in the field of asylum. Whether an individual will be safe on return to any particular State is ultimately a factual question which is likely to depend upon the particular characteristics of the individual and the risks to which he or she will be subject on return.

There is frequently detailed and extensive evidence about this, including country reports emanating from a variety of expert bodies both national and international, of which the reports of the United Nations’ High Commissioner for Refugees (UNHCR) are usually given particular weight; reports from non-governmental organisations; information gleaned from the media; and expert evidence from individuals with specialist knowledge and understanding of the country in question. It would plainly be unnecessarily time consuming and expensive if in each case the particular tribunal had to re-assess that evidence afresh, and there would be a real risk of inconsistent answers giving rise to claims of unfairness.

This cases specifically addresses the status of the evidence provided by UNHCR (the UN Agency for Refugees that amongst other roles, collates country of origin information, including reports from UN organisations on the ground) and in particular, UNHCR Eligibility Guidelines.   The UNHCR Eligibility Guidelines are issued by UNHCR to assist decision-makers in assessing the international protection needs of asylum-seekers.  They are legal interpretations of the refugee criteria in respect of specific profiles on the basis of assessed social, political, economic, security, human rights and humanitarian conditions in the country/territory of origin concerned.

In the case of HF (Iraq), The Court of Appeal pointed out that, even in the text of the UNHCR Eligibility Guidance, it does not claim any special status for itself.  The lawyers for the Iraqi asylum-seekers in the case argued that the Guidance should not be departed from and that the Upper Tribunal (where the case was heard prior to the Court of Appeal) did not give sufficient reason for doing so.

The Court opined that the Guidance should command considerable respect “because of its intrinsic quality rather than the status of its author”.

Allusions of conflict of interest

On the one hand, the Upper Tribunal consulted a high volume of sources and the UNHCR Guidance is not intended to be the final word on country guidance or binding on national courts.  On the other hand, there was a concerning allusion to the dual role of the UNHCR:

“The UNHCR is responsible not merely for objectively assessing risk but also for assisting returnees, and a court is entitled to be alive to the possibility that the latter function may possibly colour the risk assessment, even if only subconsciously.”

“…For my part, I would not consider it appropriate to draw any adverse inference about weight from such circumstances unless there were cogent reasons for so doing.  Nor do I think it right to fly a kite which gives the impression that this is a consideration which might cause concern in future cases about the reliability of UNHCR Eligibility Guidelines as a matter of course…The [fact that the UNHCR] may be discharging these two important roles should not, without more, be allowed to erode the value of its assessments. There is a risk that insinuation, even if disavowed, will corrode…I would resist the temptation to refer to the dual role as an additional reason for rejecting the presumption sought by the appellants.”

Here, Maurice Kay LJ is warning against the Court’s having pointed out the various tasks of the UNHCR and use them as a potential reason to doubt the reliability of the guidance given, as this could result in the guidance not being given its due respect in future cases.

Nonetheless, in the Home Office’s most recent December 2013 Operational Guidance Note on Iraq, at paragraph 2.4.19, they express disagreement with UNHCR country guidance regarding internal relocation:

The section then goes on to discuss other Upper Tribunal decisions which support this finding.  While the OGN does not question the impartiality of the UNHCR, it questions its conclusions using only national Tribunal reasoning to back up these assertions.  The OGN is there to act as guidance for Home Office case workers who are deciding on Iraqi asylum cases – it is irresponsible to advise them to essentially disregard UNHCR guidance in the context of the safety of internal relocation within Iraq and to decide for themselves what circumstances would be reasonably safe for a failed asylum seeker to be returned to, particularly given the widely reported culture of disbelief within the Home Office.

Why it could be considered that a Home Office caseworker would have a more accurate notion of the current situation in Iraq than the UN High Commissioner for Refugees and his staff, or that the Home Office have less of a conflict of interest than the UNHCR when the department both operates UK border control and decides on refugee claims made in its territory, is a mystery. 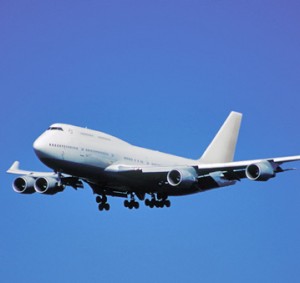 As it stands, the country guidance for Iraq states that it is safe for people to be returned without risk of poor treatment on arrival, and that internal relocation is possible for those who are at risk in the bigger GOI cities.  This is very concerning given that it has been shown that Iraq is becoming increasingly dangerous and refused asylum seekers will need to show specific circumstances make it unsafe for them to be returned, even to a more secure region.

In this case, the individual known as HM’s appeal was dismissed, but the other asylum seeker’s case (MK – this was a linked case) was remitted for reconsideration due to her specific circumstances.  In the meantime, all parties are considering appeal to the Supreme Court.  Updates will follow as more information on this becomes available.

Although it is disheartening that the immigration judges in these instances did not take the opportunity to bolster protection for asylum seekers facing removal to very unstable conditions in Iraq, there is no blanket rule that everyone can be removed safely, so individual circumstances can still be used in some cases to achieve a successful claim.  Additionally, as violence in Iraq worsens, pressure can be added to persuade the Home Office and Tribunals that previous country guidance is no longer correct, but this will take time and right now, Iraqi asylum seekers face greater risk of removal to Iraq.