As Westminster debates the new contracts for asylum accommodation, Housing4All in Belfast have written about why these contracts and conditions must be human rights compliant. 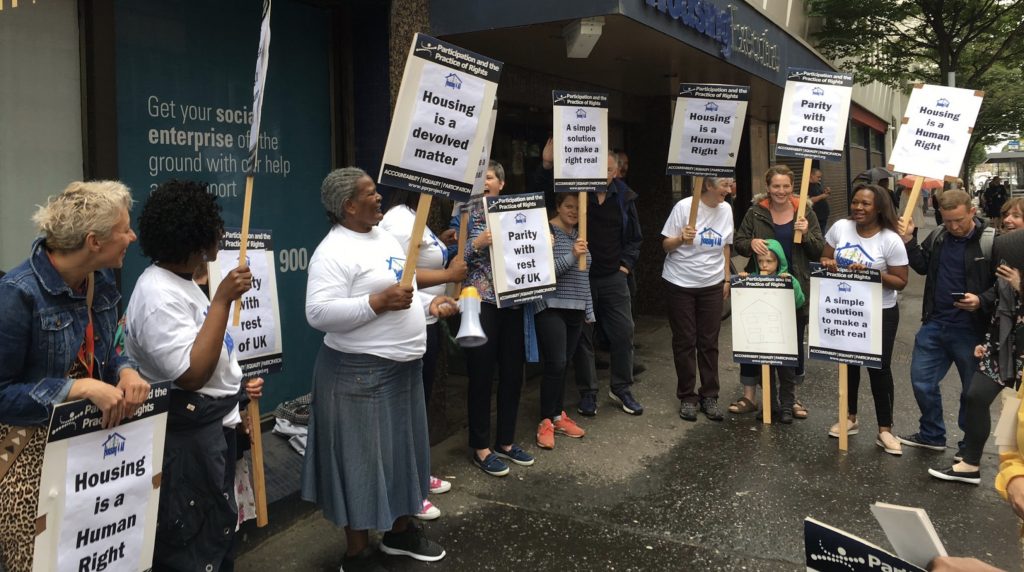 Asylum seekers living in Belfast are asking MPs in Northern Ireland to represent their views and protect their rights at a debate in Westminster on 10th October on the Asylum Accommodation Contracts worth just over £4bn for the next 10 years.

The Home Office are weeks away from signing these contracts, yet a proper consultation process which fully evaluates the failings of the previous contract and seeks the views of key stakeholders and asylum seekers, has not been carried out.

Previous contracts have faced widespread criticism and public scrutiny exposing an asylum system not fit for purpose; however these ‘new’ contracts seem to follow the same model as before, not taking into account the failings of private contractors, findings of numerous investigations, or the experiences of asylum seekers themselves.

Housing4All estimate the city of Belfast is currently host to close to 1000 asylum seekers. Despite many of them being able and highly skilled, people seeking asylum are not allowed to work. They are also not entitled to mainstream benefits; instead they are only eligible to apply for minimal financial and accommodation support from the Home Office if they can prove they are destitute. Accommodation is allocated on a no-choice basis through the COMPASS contract, and in Belfast, this contract is currently delivered by Serco and the Northern Ireland Housing Executive.

“Asylum seekers are given the worst accommodation. Often we find accommodation given to asylum seekers is in a bad state, the furniture is in terrible condition and the house inside is very dirty. The walls have damp and nothing is done about it. We complain but nothing is ever done about it and we are expected to live like this. Some accommodation is in areas where people from ‘outside’ are not allowed to live in those areas and are racially abused. People are allocated in these areas anyway and because it is on a no choice basis.”

Housing4All are concerned that the Home Office have ignored recommendations from the damning Home Affairs Select Committee Inquiry into asylum accommodation in 2017 and are acting on an ‘as is’ model. There has also been a total lack of consultation with third-sector organisations who often ‘fill the gaps’ left by inadequate services that are geared towards deterring asylum applications as opposed to supporting people seeking sanctuary. The debate on the 10th of October is the first time the contracts, valid for the next decade, will come before parliament.

Housing4All have asked all elected representatives to stand up for their rights at the debate, asking that:

“Asylum seekers should have good quality accommodation because it is the one place that people can go back at the end of the day and call it home. It is important for their overall health and wellbeing. Asylum seekers have a lot of issues that they deal with, the asylum system on its own being one of the biggest things. It is a system that is difficult to navigate. It’s horrible and it’s a hostile environment. The least that accommodation providers could do is give asylum seekers a place they can call home, and that feels like a home, instead of a place that you can’t even sleep in because you are worried something bad will happen.”

We have contacted all MPs offices but to date have received no response. We hope that MPs will still attend this debate and properly represent our views, as their constituents, considering the very real impact these contracts will have on asylum seekers living in Northern Ireland for the next decade.