An impassioned and powerful debate on detention took place amongst MPs at Westminster Hall on Tuesday. The debate followed harrowing reports that emerged from Brook House last week, of a detainee resisting charter flight removal who was gassed and beaten by G4S guards. The story was a sobering reminder of just how desperately change is needed and just how little progress the government has made. 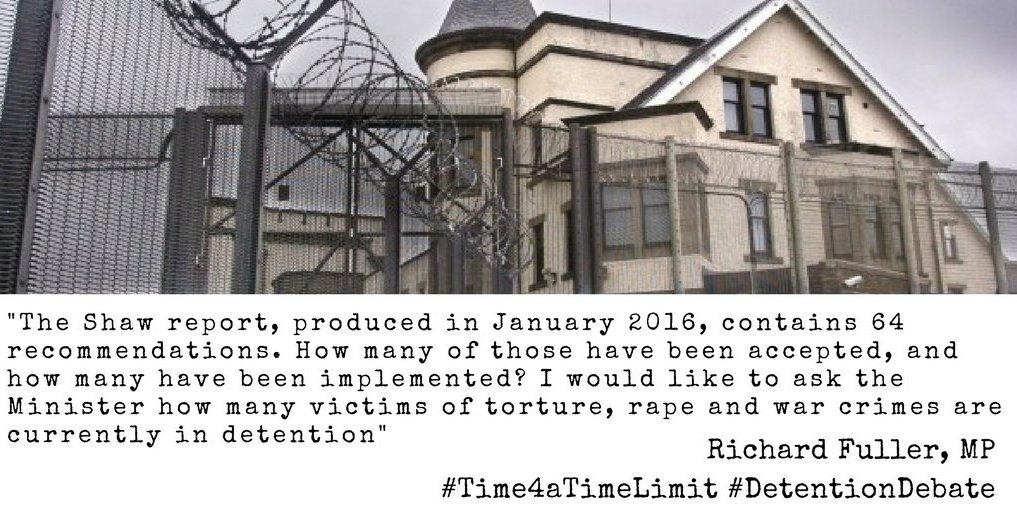 “On March 6th – two days before a scheduled charter flight to Jamaica – at around 10pm, Darren C refused to leave his room when guards came to take him for removal to the second of these flights since they stopped in 2014. Other detainees were placed under lockdown and the guards put on riot gear and attacked him. They have broken his left arm and he is clinging to the mesh outside of the window. Police have been called by a detainee and say they cannot help. Other detainees are showing support by making noise and contacting outside for help, but are under individual lockdown in their rooms.

The Unity Centre received several calls from distressed detainees who were coughing uncontrollably and had difficulties speaking, because the guards had opened the roof of the building and turn on the air conditioning at full blast. The guards only closed the roof the next morning. Many detainees are concerned about their health, feeling ill from the open roof and are not confident in the notoriously inadequate health provisions inside detention. Making detainees ill is one tactic by the Home Office to make them weak and thus easier to subdue and remove.

7th March update: Those the Home Office hopes to remove on tonight’s charter have been moved to the same wing, including those with pending claims still being decided. The wing is freezing cold and has fewer facilities and detainees have no contact with each other. People have been shuttled there to make mass removal easier. Darren C is also in this wing, he is OK although badly shaken up and has only seen detention medical staff, not an independent doctor.

Darren C has climbed out of his window in Brook House detention centre with a broken arm, under threat of further violence from the guards in their attempts to remove him. He is threatening to harm himself further and has taken a sheet from his bed and razor blades. As of 12.15am, the guards are pepper spraying him.” – Unity Centre report.

The Unity Centre subsequently told Right to Remain that Brook House staff confirmed Darren was removed on the night-time charter flight but that the removal was found to be illegal. Staff said he was subsequently flown back to the UK, where he is thought to be detained in an unknown location.

This story, and many others like it, reflect how far the Home Office and private security companies are willing to go to fill up every seat on these mass-deportation charter flights. As Lotte Lewis Smith wrote this week, they “raise questions of collective expulsion, as the Home Office unlawfully targets people of specific nationalities, in order to fill up seats on the charter flight, regardless of the different stages they are at in their individual case, or the lawfulness of their removal.” 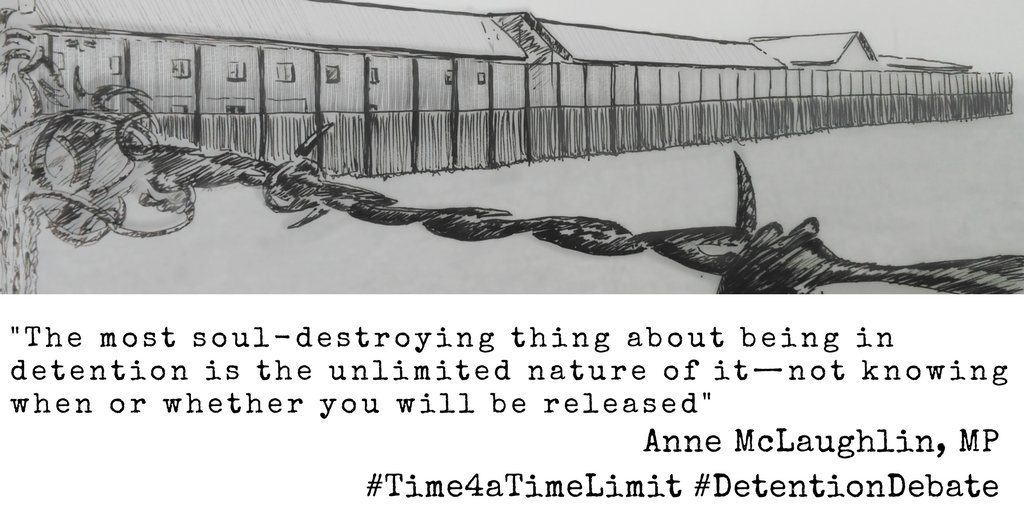 On 10th March the Chief Inspector of Prisons released a report on Brook House, which was declared ‘fundamentally unsafe’ back in 2010, blighted by bullying, violence and drugs. This latest report found an ongoing pattern of excessive detention. As summarised by the Detention Forum:

“During the inspection of Brook House Immigration Removal Centre near Gatwick Airport in October and November 2016, the inspection team found 23 individuals who had been detained for over a year. Four of these had been detained for over two years and the longest period of detention they found was two and a half years… the report provides further proof of the government’s failure to deliver detention reform, more than a year later after it was pledged by the Government.”

This sentiment was echoed by MPs throughout Tuesday’s debate on the detention, which was secured by the efforts of MP Anne McLaughlin and her allies in parliament. People were tweeting at their MPs to encourage them to attend. While the focus of the debate was on the detention of vulnerable people, more of whom are in detention now than when the Shaw Review was published, MPs were strongly critical of the entire practice of immigration detention, in the overwhelming majority of cases where those incarcerated post no threat to the public. It was also pointed out that even the strongest individual can become extremely vulnerable when faced with the trauma of life in detention. 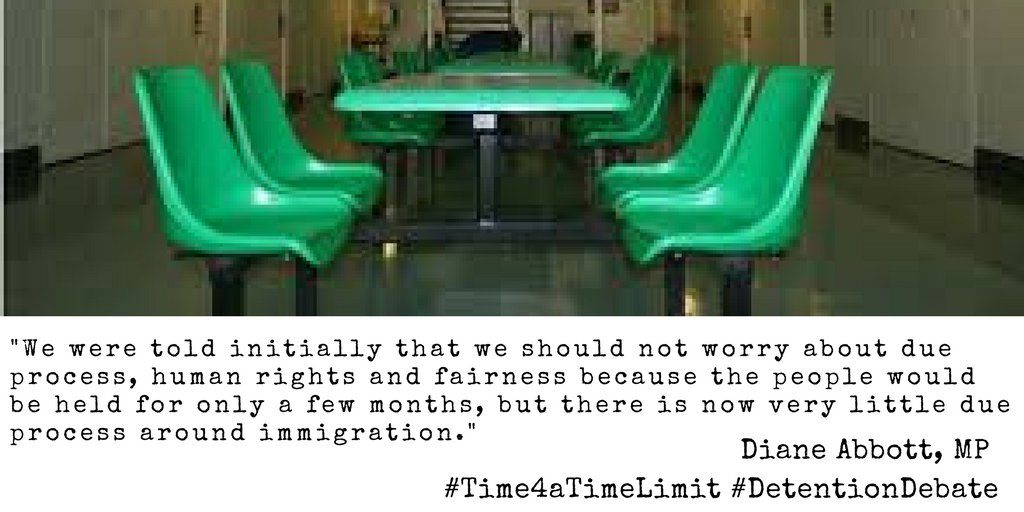 In her powerful opening statement, MP Anne McLaughlin said that unless the extensive recommendations of the Shaw Review were now implemented, it would reveal the government’s use of detention to be ideological. She also asked why, with huge funding shortages for the NHS, housing and other public services, millions of pounds were being invested in a system so brutal, it now averages 1 suicide attempt per day in the UK detention estate.

Dianne Abbot MP spoke openly about Blair’s role in the unprecedented expansion of immigration detention since the 1980s, and demanded to know why she and others had still not been allowed to visit Yarls Wood, (where the government also refused to reveal information about at least 28 allegations of rape and sexual assault,) and questioned what May’s administration had to hide.

Richard Fuller, a Conservative MP who has been another staunch advocate for detention reform, demanded that promised changes be implemented by the end of the year. He condemned the present system as “a colossal waste of resources and human life.”

These MPs also made a strong case for community-based alternatives and case-management, which research by groups like the Detention Forum, Detention Action and Women for Refugee Women has consistently shown to be cheaper and more effective, as well as infinitely more humane.

Read a powerful first-hand account of Darren’s removal, by his friend and fellow detainee, here on the Detained Voices blog.

Check out the Detention Forum’s full storify of the debate here.

To find out more about our work bring communities together against detention, visit These Walls Must Fall. 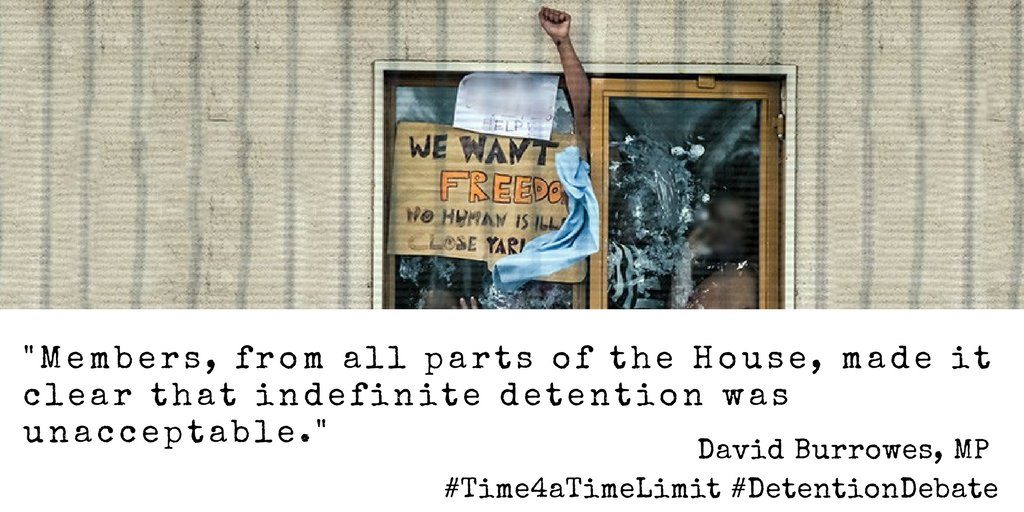 Images courtesy of the Detention Forum

Reminder: what did the Shaw Review recommend? 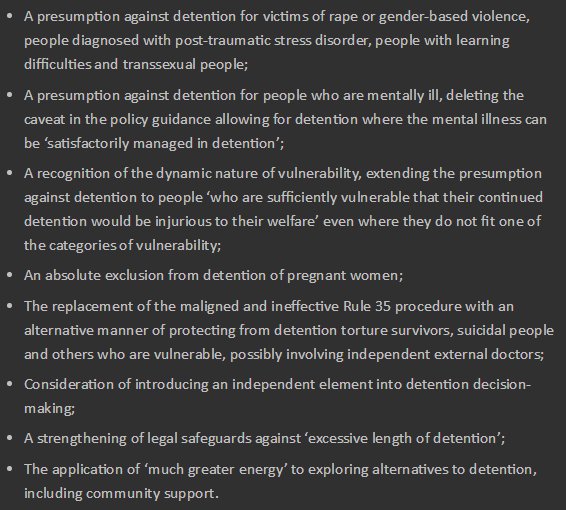