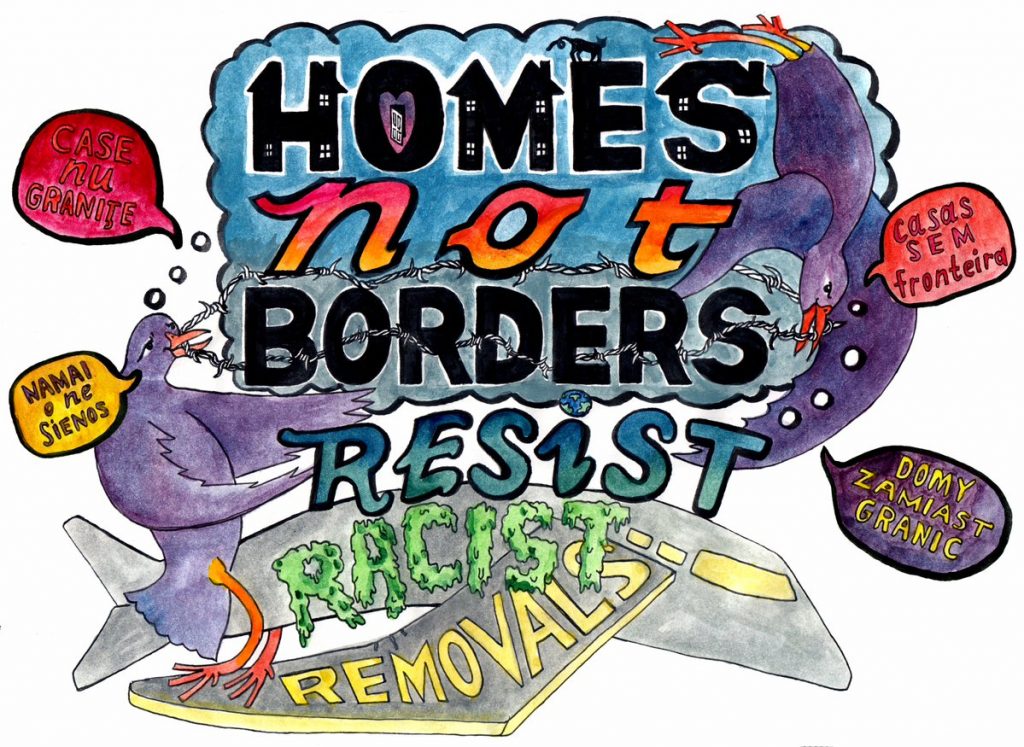 Tuesday 21st November will mark the beginning of a three day court case, where charities are challenging the government’s policy of detaining and deporting EU rough sleepers.

The campaign group NELMA, which has been leading the campaign against the policy, notes that it long predates Brexit: existing in some form since 2010, it has been revamped in May 2016 when then-Home Secretary Theresa May labeled rough sleeping  an ‘abuse’ of EU free movement rights.

Since the 2014 measures restricting access to benefits for EU migrants, many EU nationals facing homelessness can no longer even access beds in homeless hostels where they are available. Soaring rents, and new racist rent checks all add up to a situation where EU migrants out (and even in) work are forced to sleep rough. Yet rather than receiving needed help and support, EU rough sleepers are targeted by the Home Office for ‘removal’. It is a policy that serves two overlapping Conservative party aims: making Britain a hostile place for migrants, and socially cleansing London and other cities of the poor and homeless.

This policy has led to EU rough sleepers being targeted by immigration officials, with the help of police and even homeless charities. People have noted the lack of legal representation or even information when detained, the government withholding their documents, losing jobs while in detention, the deterioration of their mental health, and facing a 12 month re-entry ban into the UK. The role of charities means that some rough sleepers are now avoiding going to charities for help out of fear of being detained.

Teo and Marineta explain their experience of being detained for rough sleeping below (warning; distressing content).

The court case seeks to challenge the lawfulness of these policies:

Mr Justice Ouseley granted permission on the ground that rough sleeping may not be equated with ‘abuse’ of free movement rights. He also granted permission on the ground that systematic verification of EEA nationals’ right to reside in the UK solely on the basis of homelessness may be unlawful, and may amount to discrimination on the ground of property. Should the policy be found to be unlawful at the final hearing, many further actions for unlawful detention and other civil wrongs will follow. The Challenge seeks to quash the policies and secure compensation for unlawful detention and confiscation of ID documents.

Migrant and housing groups, including NELMA, SDS and HASL will holding a demonstration outside the Royal Courts of Justice, 9am-12pm on Tuesday 21st November. Join and share the facebook event here.

Testimony of ‘M’, who was rough sleeping and detained.

Statement from homeless charity Crisis: “The detention and removal of migrant rough sleepers from the UK must stop”

Article in the Guardian from Guardian columnist Dawn Foster: “When someone is sleeping rough they need help – not deportation”