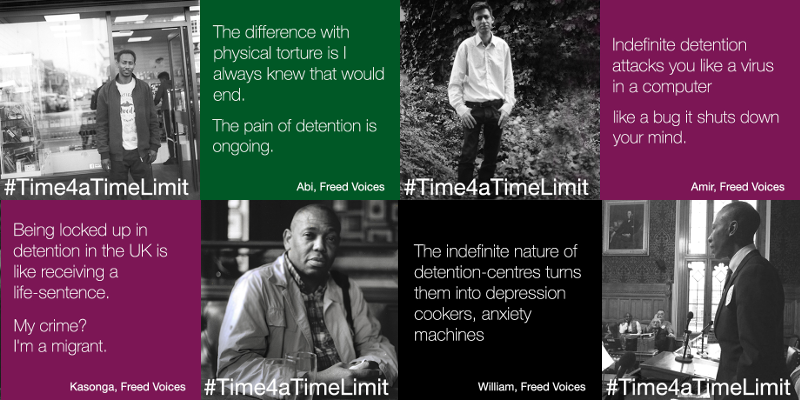 Mabel is waiting to find out if, today, she will finally find freedom.

If she will get to see her daughter. If the punitive deprivation of liberty, solely for not having the right immigration papers, will finally end.

Release from detention is a big event for anyone – and more than half of those detained are released into the community, not removed from the UK which is the government’s stated purpose for locking up migrants. But for Mabel, it’s huge.  She has been detained for nearly three years in Yarl’s Wood. Although she was finally granted immigration bail last week (after applying five times, and being refused every time until now) Mabel was not released yesterday despite being told she would be, and having all her bags packed.

Indefinite immigration detention means that, even if people are not subjected to an ordeal quite as extreme as Mabel’s (though there are people who have been and are detained even longer), people have no idea when they will be released. Everyone we speak to who has experienced immigration detention first hand speaks of how damaging that uncertainty, that limbo is. Family members and friends feel that too. 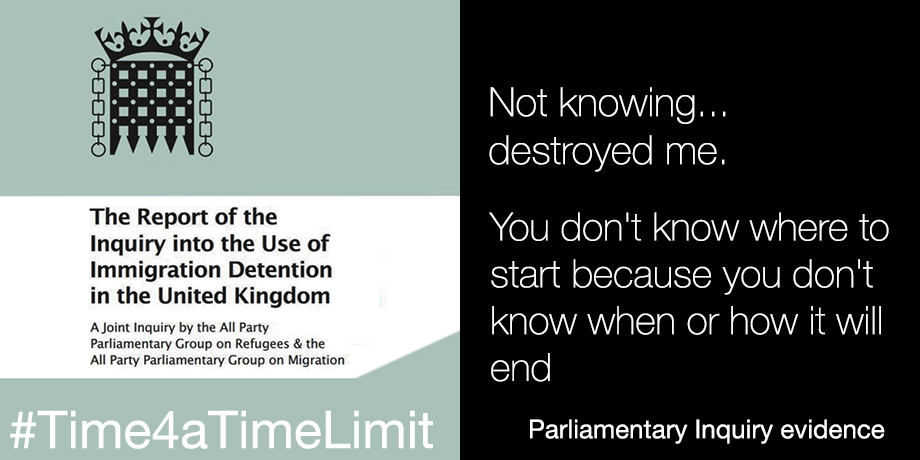 “They didn’t tell me how long I would have to remain there for… I started to think I would be there for ever. It felt like there was no way out. I started to doubt myself. Nothing made sense. Why was the balance of justice so heavily weighed against me? Why was I being punished? Because I was black? Because I was foreign?”

Ahead of the 2017 general election, we call on all parties to commit to introducing a maximum time-limit of 28 days on immigration detention – for everyone – as a vital first step in ending the harmful and unjust practice of detention altogether. 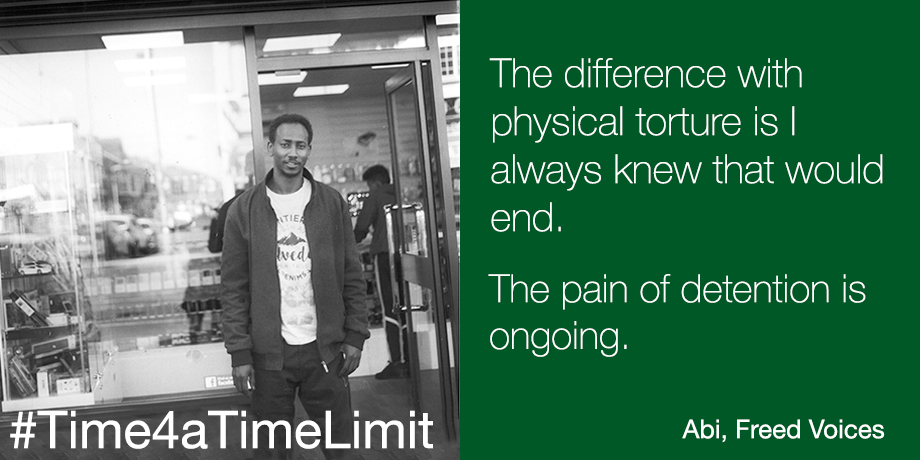 The UK is the only country in Europe without a time-limit on immigration detention. Migrants can be imprisoned indefinitely, solely for ‘bureaucratic convenience’, often for many months and even many years.

A time-limit on detention makes sense for everyone. Detention doesn’t work – and the Home Office’s increased use of detention despite a decline in the number of forced removals (their justification for depriving migrants of their liberty) demonstrates stubbornness and fear in the face of the facts. We need to embolden decision-makers and policy-makers to make this change – show them that there are many of us out there, demanding this change.

Once a time-limit is agreed it will be easier to demonstrate that the alternatives to detention work. Less people will be detained, detention centres will be closed, and the case for ending all detention can be very strongly made. 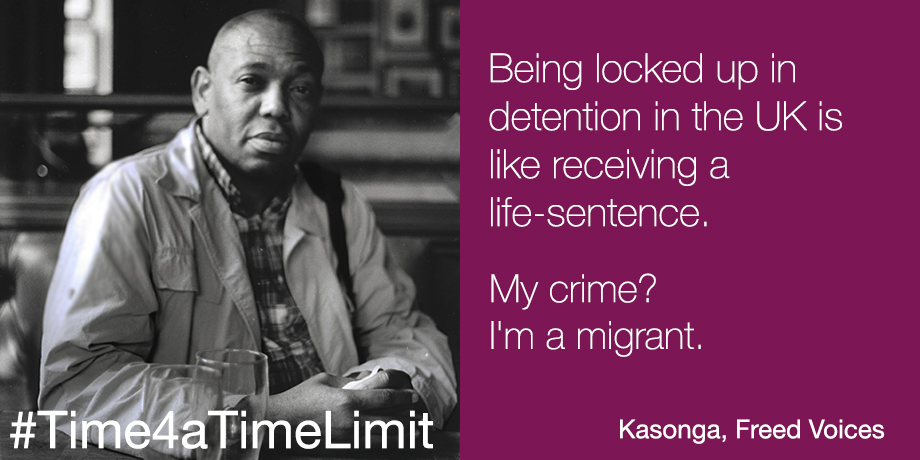 The time-limit campaign hasn’t begun with the announcement of this general election. As part of the Detention Forum, we’ve been calling for this vital reform for several years and we’ve seen the call being spread far and wide. We’ve seen MPs calling for a time-limit in parliamentary debates on detention, quoting the experiences of Freed Voices members who have described the effect indefinite detention has on them:

The general election, whilst unexpected, is an opportunity to push the outrage of immigration detention to the top of the political agenda.

The deadline for nominations for candidates is 12 May, but even now you can find out already confirmed candidates are in your constituency by using the Who Can I Vote For? website. 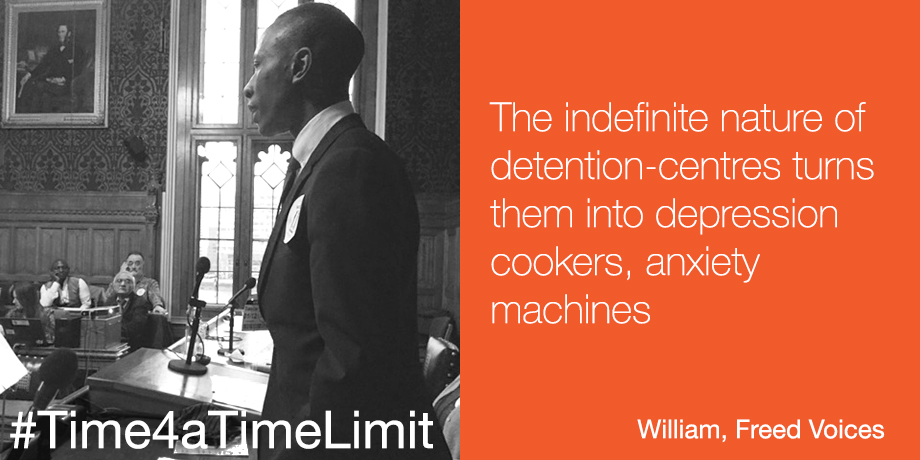 What can you do to help end indefinite detention?

With the election looming, but looking far beyond that, we need to show that detention is an issue for everyone, not just those directly at risk of it or those with experience of it.

A society that locks people up, without time-limit, solely because of their immigration status is not a happy or healthy society. Communities scarred by the violence of immigration enforcement are not communites that can flourish, or promote inclusion and integration.

In the next few weeks, this is a chance for you to influence what the next government does about immigration detention.

Ask your candidates if they agree it’s #Time4aTimeLimit on detention. Explain why they should! You can email, tweet, or ask questions at hustings.

Share the images in this blogpost on your social media, use the hashtags, @ mention your parliamentary candidates.

They may know nothing about immigration detention. You can find a quick explainer (and handy leaflets to print off and give out) on the These Walls Must Fall website here.

Or you can use this handy action pack put together by the Detention Forum, with example tweets and a sample letter you can send/email to your candidates.  Find out how to take action here. 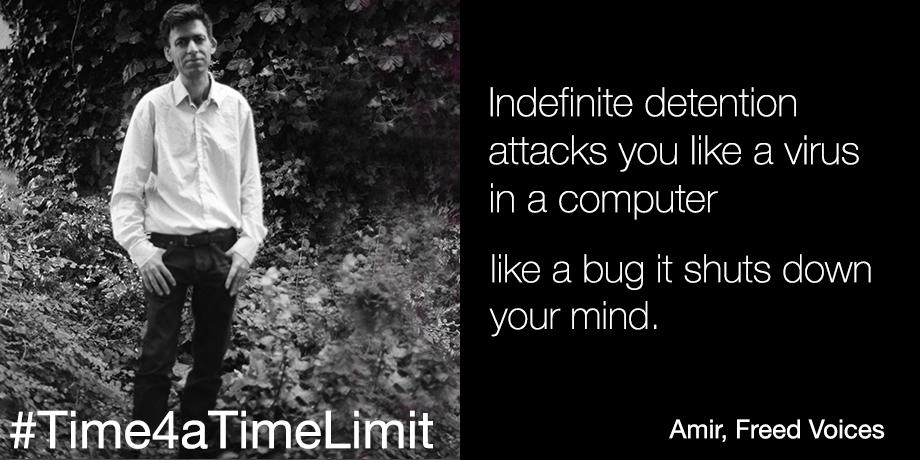 One comment on “General election 2017: a chance to push immigration detention to the top of the agenda”