On 9 July we celebrated the victory of our friends at Detention Action over immigration detention when the High Court ruled that the Detained Fast Track system was being operated unlawfully. Although previous judgments had been critical of the DFT system, this case was significant as it is the first time any aspect of the system has been acknowledged as unlawful by the court.

Although the judgment, as expressed by Justice Ouseley, declared the operation of the DFT system to be unlawful, it did not stipulate what the consequences of this would be. On 25 July the Order following the judgment was issued and it demands…well, not very much really.

The key criticisms made in the original judgment centred around insufficient access of asylum seekers to lawyers. It was found that asylum seekers were not able to spend enough time with their lawyers before their cases are considered by the Home Office. It is wonderful that this has been acknowledged, but the High Court’s subsequent Order, although declaring unlawfulness and unfairness in the DFT system, does not actually require the government to do anything (other than pay legal costs, which is standard). Detention Action had made several reasonable requests including (1) that the process be suspended until changes to make it fairer had been implemented and (2) that any current pending removals of individuals subject to the DFT system be prohibited until those people had had the opportunity to seek legal advice on the implications of the judgment for their specific circumstances. These requests were dismissed and the Order is consequently very weak.

There are three main things to note here. One concerns steps which the Home Office have agreed to, which must be acknowledged in the interests of balance. The second is that, although declaring unlawfulness in the DFT system was huge, there were careful limits place on this by Justice Ouseley at the time which make the Order’s toothlessness seem a bit more grimly predictable. The final issue is slightly more generally related to the court system and its relationship with politics and human rights.

Since the 9 July judgment, the Home Office has agreed to allow asylum seekers four clear days with their lawyer before their asylum interview. The main point of unlawfulness concerned the insufficiency of access to a lawyer throughout the DFT process, so this is being specifically addressed. The judgment accompanying the Order states that the changes made have “the potential to remedy the unlawfulness” but did not say whether or not the unlawfulness had already been remedied. Many of the deficiencies in the process highlighted that victims of, for instance, torture and rape, often do not disclose the full set of their traumas until later in the process. It seems unlikely that four days will make all the difference here and it is unclear whether this remaining flaw will be taken into account by the First Tier Tribunal when considering appeals.

Migrant rights campaign groups including Right To Remain, Detention Action and Liberty believe that the fast track system is inherently wrong and unfair by its very nature, but the Justice Ouseley did not go as far as this in his original judgment. As well as insufficiency of access to legal representation, other deficiencies in the system were pointed out. These included unfairness in the screening process (where it is decided whether an asylum seeker has a “straight forward” case which can be dealt with through DFT); insufficient safeguards for removing cases from the DFT where it is plainly inappropriate (even by Home Office standards) such as in the case of victims of torture, rape, trafficking and domestic violence; lack of time for trafficked women to build a sufficient relationship with their lawyers; and a deficiency in the approach to mental health.

These other deficiencies are very important, but Justice Ouseley did not go so far as to render the process unlawful. Instead, he said they were ‘remediable deficiencies which together fall short of showing that the detention is unlawful or that the process contains so high a risk of an unfair decision that it is inherently unlawful’. The system was not found to be inherently in breach of the ECHR or EU law either.

Crucially, at paragraph 197, Justice Ouseley considered that while the DFT system carries an “unacceptably high risk of unfairness”, this risk was “one which I judge can be removed by the earlier instruction of lawyers”. With this in mind, the Home Office agreement to improve access to lawyers is congruous with the crux of the original judgment.

The DFT Order does not place much onus on the Home Office to make significant alterations to the fast track system. This is really disappointing but, in my mind, it is somewhat symptomatic of the relationship of the courts with human rights and legal scenarios which have a heavily political backdrop. As you have probably read, the Human Rights Act is in serious danger of being repealed. One argument for this is that the UK is tied to a legal regime under which it has relinquished an element of its sovereignty – this means, in short, that the Strasbourg courts can tell the UK government that it is wrong sometimes and subject it to penalties in relation to human rights. Under the HRA, domestic courts are required to take relevant Strasbourg decisions into account and they can make a declaration of incompatibility – that is, they can declare that a law or action by an authority directly clashes with the UK’s commitment to human rights under the ECHR. They can also read legislation in such a way as to make it compatible with the ECHR, so for instance if there are two ways to implement a piece of legislation, then the one which is ECHR-compatible is assumed to be correct.

These powers have lead to complaints by Members of Parliament and the Executive as well as many opponents of the HRA that the courts are able to create law without the democratic legitimacy to do so. The argument is that, as judges haven’t been voted in, their role is to interpret the law as actually intended by the legislators and not to use an outside (European) influence or their own moral beliefs to skew the law one way or the other.

That rather long-winded tangent leads me to the point that judges will usually be very careful not to tell legislators, including Home Secretaries, how to do their job. Immigration policy has been a highly charged issue in UK politics for many years now. If the court has highlighted access to legal representation as the key issue in the DFT process and the Home Office has taken steps to address this, then judges can be expected to give the benefit of the doubt here. They do not have the luxury of freedom which I do in opining that the Home Office has consistently shown absolutely no interest in ensuring that all asylum seekers are treated in a dignified manner and guaranteed a fair legal process. 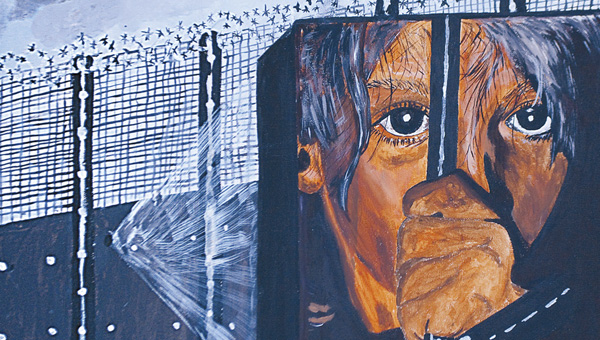 Consequences of the Order

It is a shame that the Court has not taken this opportunity to require stronger protection of asylum seekers subject to the inherently unfair DFT system. There seems to be an assumption that the Home Office will do its best to be fair without an inclusion of any safeguards or expressions of consequences if fairness in the DFT system is not forthcoming. This is really disappointing but, as we have explored, perhaps not ultimately unpredictable.

Let us not forget the positives here, however. This is still a victory. Asylum seekers and recognised refugees who have endured the process have been vindicated in their accounts of institutional unfairness, as have their lawyers and migrants’ rights campaigners. In order to respond to the 9 July judgment, the Home Office has agreed to improve the level of access to lawyers that asylum seekers in DFT have. Additionally, the First Tier Tribunal have been directed by the High Court to consider whether the process and the speed of the processing of the claim, affected the fairness at the substantive decision stage being appealed. So, if the Home Office fail to ensure that someone filed into the DFT process has four clear days of access to their lawyer, then they can be successfully challenged on this. It is asserted that the FTT should also consider whether, in cases of particularly vulnerable asylum seekers (for instance, victims of trafficking or torture), the four days of access is enough to have expected them to feel safe telling their full story. We will have to see how the case law on this develops.

This should hopefully provide some measure of procedural protection and is, at least, a step forward. We need many more such steps, however, so it is important to keep campaigning and raising awareness of these issues and of continuing injustices in the DFT and wider immigration processes in order to put pressure on our lawmakers to improve procedural fairness and dignified treatment of migrants.