At Right to Remain, we’re always out and about across the UK, meeting with and running workshops for the groups in our network.  This means a lot of train journeys.  Luckily it provides some time to catch up on reading, like the report by the Independent Chief Inspector on the Home Office’s Asylum Casework released last week.

We get a very stark insight into how the asylum process operates from the members of the community groups we work with, and it’s not pretty.  This first-hand experience is invaluable, and as a collective of individuals, they provide irrefutable evidence of a system that routinely fails people, that is operated in an intentionally hostile way, and all too often is instrumentalised to deny people their rights. 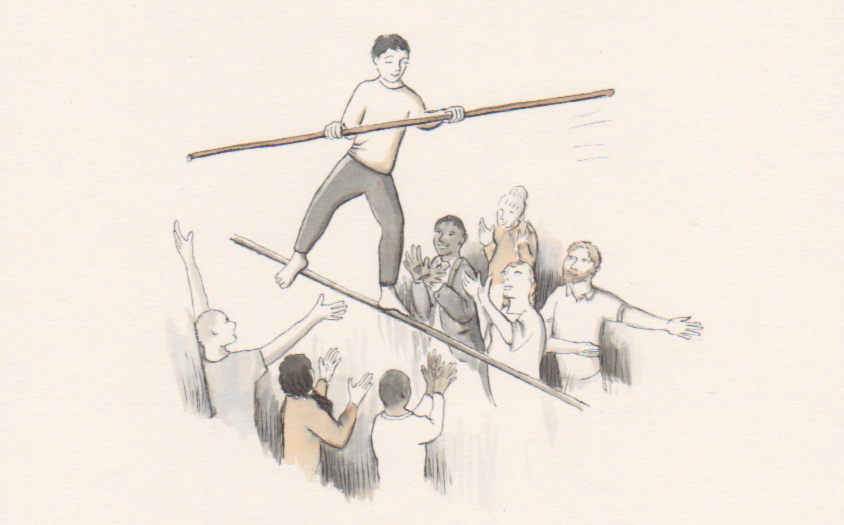 Inspection reports can provide a useful overview of the system, from the perspective of Home Office operations.  The operation of the asylum system can be random and illogical, so there is little sense of a coherent system at work in the report.  There is, however, helpful intelligence about how things ‘work’ (or don’t work), and yet more sustenance for the call for radical reform of the asylum system, and decision-making in particular.

Although the inspectors met with some asylum-seeking stakeholders, the focus of the inspection is very much the practices of Home Office staff, and this inevitably limits the report’s comments on how the asylum system is experienced.  The inspection sets out to consider “the efficiency and effectiveness of the Home Office’s asylum casework operations and the quality of decision-making”, and explicitly states it “did not set out to test claims that a ‘culture of disbelief’ exists within the Home Office”.  This is perfectly understandable, given the inspectors’ remit, but does mean that only a partial picture is presented.

The inspection found significant improvements in the efficiency and effectiveness of asylum casework management and other operational practices.

Conduct of screening and asylum interviews

The inspection found issues with the conduct of screening and asylum interviews.  The inspection, however, was limited to looking at the records of and notes relating to the interviews.  This means the inspection has not looked at non-recorded elements of how interviews are conducted, which in our experience have a considerable impact (almost always negative) on how well people are able to give their testimony and articulate their need for protection.

The inspection report notes that their inspection only found a small number of cases (from the sample they studied) in which the interview had failed to capture the required details or the interviewer had used the wrong form.  However, the Home Office’s own internal quality assurance results assessed 40-50% of the screening records as ‘weak’ or ‘fail’.  Given that information given (or recorded as given) during the screening interview is routinely used to undermine claimant’s credibility and refuse asylum claims, this is a worrying statistic.

The inspection identified “room for improvement” in 21% of the asylum interviews inspected (remember, the records of the interviews only), with cases of material facts not being effectively identified, claimants not being provided the opportunity to address inconsistencies, and unfair questions being asked.

The report gives this example in an interview of a victim of domestic violence:

The claimant’s responses as recorded suggested they did not understand some of the questions posed, but there was nothing to indicate that the interviewer recognised this and took steps to ensure that the claimant had understood and could answer the questions.

Whilst the responsibility for this clearly lies with the interviewer, it’s yet more proof that preparing for the asylum interview, and understanding what the Home Office is going to ask you, is essential – keep your eyes peeled for the launch of our new toolkit in a few weeks, which includes information on this!

Another example included in the report is that of someone claiming asylum on the basis that their daughter is at risk of female genital mutilation (FGM):

The interviewer asked a series of questions about the claimant’s own experience of FGM.  As the claimant had been very young at the time, they were unable to provide detailed responses.  This line of questioning was inappropriate and not necessary to establish the material facts of the asylum claim, as the applicant had agreed to provide a medical report to evidence this element of their claim.

Several of the interviews looked at in detail lasted over four hours, an exhausting process for someone talking about often distressing and traumatic events.

The inspection looked at whether decision-making, as recorded in decision minutes and letters held on file for cases, and whether it had:

In 40% of the cases inspected, these factors had not been considered appropriately.  These include examples of cases where the information and guidance was clearly available for the Home Office to make the right decision.

A striking example is given in the report: