In a wonderful, landmark judgement, the High Court has ruled that the UK Home Office has been illegally operating the Detained Fast Track asylum system.

The legal challenge was brought by Detention Action, and their announcement, and a press release, are copied below. The judgement has just been announced today, and just how it will impact is yet to be seen. Will the system be abolished? Will the government appeal the decision? We will update with more news as it emerges.

But for now, we can all celebrate a massive victory in the campaign against immigration detention. Congratulations and many thanks to our friends at Detention Action for their tenacity in challenging the shameful injustice of the Detained Fast Track.

Read a good analysis of the case on the Border Criminologies blog, and listen to an audio update on what this means for people in the DFT.

This morning, Mr Justice Ouseley handed down judgment in Detention Action vs Secretary of State for the Home Department.  Extraordinarily, he finds that the Detained Fast Track as it currently operates is unlawful.

This is hugely significant.  Both previous challenges to the Fast Track have noted its problematic nature but declined to find the system unlawful.  This is the first time that the Fast Track has been found to have crossed over into unlawfulness.

The Judge sets out that the test of unlawfulness is whether the system carries an “unacceptable risk of unfairness.”  He goes on to find that the unjustifiable delay in providing lawyers to people in detention means that the process as currently operated crosses that line. 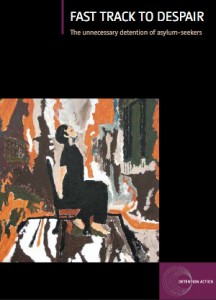 He finds that early legal advice is so important because of the deficiencies of the system elsewhere.  As independent monitoring bodies have been claiming for years, the screening process and subsequent safeguards do not operate effectively to ensure that vulnerable people are not wrongly detained and processed on the Detained Fast Track.

However, Mr Justice Ouseley does not find that the Fast Track is in principle unlawful.  He agrees that detaining straightforward cases for an accelerated procedure is lawful, and does not accept that the problematic safeguards are in themselves unlawful.

Only the way that the Fast Track currently operates is unlawful.

The judgment sets out steps that the Home Office could take that would make the process lawful.

So we have mixed feelings.  We are delighted that our clients’ complaints about the process they have been going through have been vindicated.  But it is disappointing that the serious shortcomings identified in the judgment have not been found to be in themselves unlawful.

The judgment is also, incidentally, a ringing endorsement of the importance of high quality early legal advice.  The Judge finds that at each stage “it has been the prospective use of lawyers, independent, giving advice, taking instructions having gained the client’s confidence, which has seemed to me the crucial safeguard, the crucial ingredient for a fair hearing”.

Minister of Justice Chris Grayling, as he proceeds with dismantling legal aid for vulnerable people across our society, should take note.

In a landmark ruling in a case brought by Detention Action, the High Court has today found that the way the government operates the Detained Fast Track asylum system is unlawful. Read the full judgement here and a summary briefing here.

The charity Detention Action challenged the operation of the Detained Fast Track (DFT) asylum process on the grounds that it is a fundamentally unfair process and detention within it is unlawful. Detention Action argued that it creates a real risk that many asylum seekers with strong claims for protection are being sent back to face persecution or human rights violations.

The Judge found that there is a range of serious failings within the system. In this context, the unjustifiable delay in allocating lawyers means that the DFT as operated is unlawful. He criticised the inadequate screening of asylum-seekers’ suitability for the DFT. He found that failings at various stages of the process meant that survivors of torture, victims of trafficking and other vulnerable people unsuitable for the DFT were not being adequately identified.

Detention Action’s Director Jerome Phelps said: “We are delighted that the High Court has recognised that asylum-seekers are being detained in an unlawful process. It is unfortunate that the government has spent years ignoring such warnings from UN and independent monitoring bodies. This is good news for people in detention facing return to torture, but it is also good news for British justice.”

Raj, a survivor of torture from Sri Lanka who was released from the Detained Fast Track last month, said:

“The whole DFT process overwhelmed me. The fear of returning to Sri Lanka gave me flashbacks of my torture. No one told me what was going on. It felt like they had decided not to believe me even before we started the interview. It was like a show-trial. They just wanted me out of the room, out of the country, as fast as possible.” 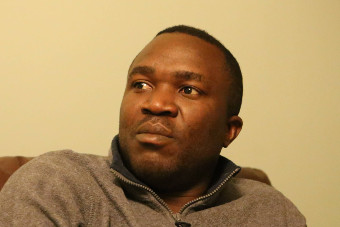 Ivo Kuka, a torture survivor from Cameroon, who was refused asylum on the Detained Fast Track before eventually being recognised as a refugee, said:

“I had less than 24 hours to provide evidence. They were sending me back with a death warrant. I was lucky and I campaigned hard and now I am a refugee. Many more have not been lucky. And justice should not depend on luck.”

Sonal Ghelani of the Migrants Law Project, the solicitor who acts for Detention Action, said: “Serious concerns regarding the operation of this process have been expressed, over a number of years, by respected organisations such as Detention Action and the UN High Commissioner for Refugees (UNHCR). The government failed to heed those concerns necessitating legal action by a small charity. The Court has found that the DFT is an unlawful process. The government should now listen to what Detention Action, other charities, lawyers and UNHCR have been saying and consider carefully whether a process of determining claims for protection that involves the expense of detaining people who pose no risk to anyone is necessary.”