“I am an invisible man…I am a man of substance, of flesh and bone, fibre and liquids – and I might even be said to possess a mind. I am invisible, understand, simply because people refuse to see me.” 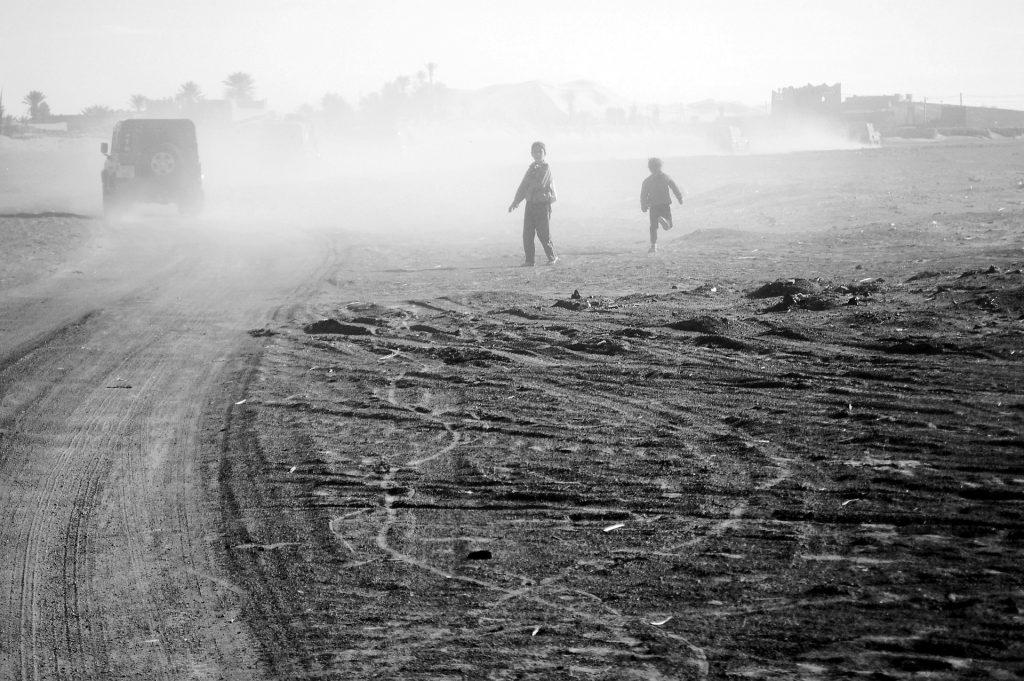 Take all the lives lost in Bosnia, Darfur and the Rwandan genocide, then add the 2005 Asian tsunami, plus a 9/11 every single day for 356 days; then go through the nuclear bombings of Hiroshima and Nagasaki. Put all of those together, double your total and you still don’t reach the number of lives lost in just one of Africa’s silent conflicts.

“Most people aren’t forced out of their homes, they choose to go. Most people could, should and don’t stay in their home countries or neighbouring countries. Africans need to stop fighting each other. Africans need to stop wasting our aid money.” These are just a few of most stubborn and baseless ideas I spend a frustrating portion of my Facebook life arguing against and factual back-up from other journalists is often harder to find than it should be, thanks in part to a growing orthodoxy that information just doesn’t change minds these days. But after four years studying international politics and economic development, six years campaigning and a year working with migrants and refugees, I remain convinced that unless we find a way to change minds while challenging propaganda in the name of truth, we will never make the world a safer, fairer, freer place: not in Britain, not in Africa, not anywhere.

This is familiar phrase to anyone involved in campaigning for change. When it comes to migration, the government and mainstream media have successfully projected the image of Britain as a ‘soft touch’. And the disastrously inaccurate impression many are left with is that every year, countless people risk Europe’s dangerous and difficult migration routes to reach Theresa May’s ‘hostile environment’, skipping over a host of safe alternative countries on the way, almost out of spite.

The ‘no-numbers argument’ is starting to gain traction in civil society and amongst progressive NGOs, particularly on immigration, where any mention of the historic numbers of people being forced from their homes often do frighten British people taught to hold migrants and refugees responsible for our social and economic woes. So, the argument goes, even though the British public is overwhelmingly misinformed about immigration, we mustn’t correct them.

The argument came from a good place: a desire to humanise vulnerable groups of people, too often reduced to mere statistics. It has an important role to play; we do need to tell peoples’ stories and they are a powerful way of creating connection between those we talk to and those we talk about. Numbers can frighten people – reality is sometimes frightening. But that doesn’t mean the truth – the whole truth – no longer matters, or that we don’t have a right to it. The numbers are important for the same reason personal stories are important; because they’re not really numbers at all; they’re people – they’re us, our families, our communities, but for a random lottery of birth. Erasing them silences the human stories of millions; nowhere more so, than Africa. 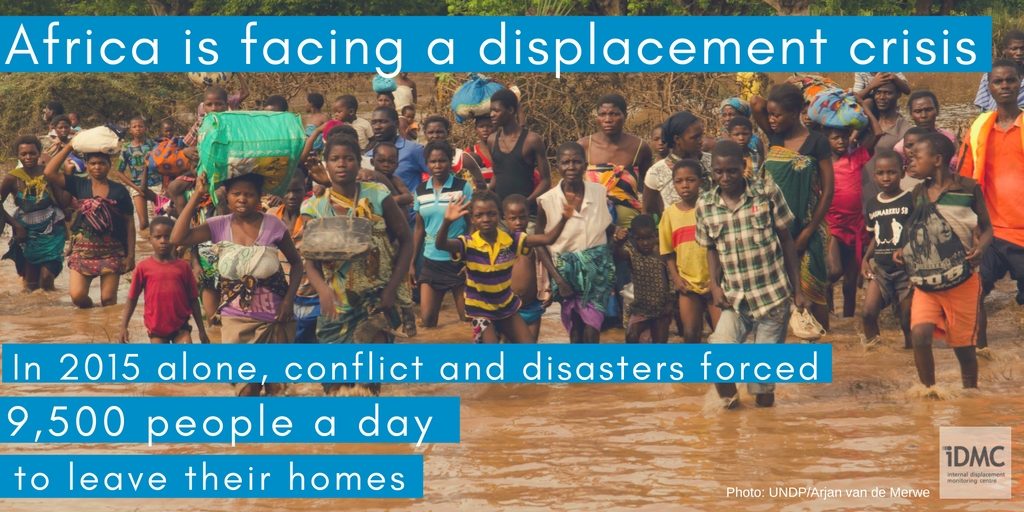 In Africa, well over half of those displaced are staying in their own countries (contributing to a total of 40.8 million internally displaced people worldwide.) In December, the Internal Displacement Monitoring Centre released its report on displacement and forced migration in the African continent. Muted by a media more concerned with the Queen’s Christmas flu, it was announced that in 2015 alone, conflict, violence and other disasters forced 3.5 million Africans from their homes. 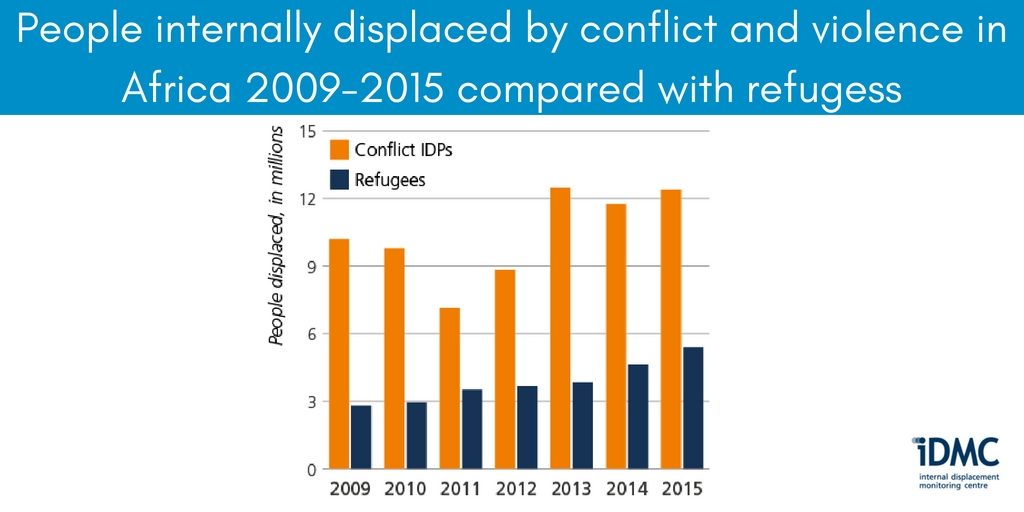 DEFINITION: Internally Displaced Person (IDP) – someone who is
forced to flee their home but who remains within their country’s borders. They are often referred to as refugees, although they do not fall within the current legal definition of a refugee, who must have been forced beyond their home borders by conflict, violence or persecution.

37 million African people started 2017 without food. And no one seems to know about it. As Ian Johnston writes, during the last drought in 2010: “women bound their waists with rope to deaden the pangs of hunger as they gave what little food they had to their children. In stark contrast to such selfless acts, the international community stood back and watched until it was too late for the 260,000 people who starved to death.”

Stories like this one expose the ‘bogus asylum seeker’ narratives – and the increasingly tenuous distinctions between migrants and refugees – for what they are: privileging some lives above others. Are you any more free to choose whether to flee a war, than mass starvation? Would our fear for our children, for our future be any less? And given that since 2013 climate change rivals conflict as the leading cause of forced migration, how morally meaningful is that distinction in today’s increasingly unstable and unequal world? The answers to these questions all reinforce the value of the approach taken by forward thinking organisations like Right to Remain, which rejects this moral distinction. The frightening truth is that in the absence of a significant political shift, as the driving factors of forced migration worsen, the migrant/refugee distinction will become increasingly meaningless and policymakers will either get up to speed on that, or let millions die. So it falls to civil society and all people of conscience to get policymakers and fence-sitters up to speed.

The hypocrisy deepens when we look at what’s driving these disasters, deep down. This drought was triggered by one of the strongest El Niño events ever recorded, impacting weather patterns and spreading disease the world over (yes, it will affect us too); part of a global warming process driven by greenhouse emissions for which the richest nations in the global north – particularly the UK – are overwhelmingly responsible.

Conflict in the Democratic Republic of Congo (DRC) saw six million people killed and 2 million displaced between 1998 and 2003. To make that number mean something: take all lives lost in Bosnia, Rwanda 1994 and Darfur then add the 2005 Asian tsunami, then add a 9/11 every single day for 356 days and then go through the nuclear bombings of Hiroshima and Nagasaki. Put all of those together, multiply by 2 and you’re still not even close.

Successive British governments bear considerable historical responsibility for the state affairs in DRC as well. British corporations continue make a killing from what Amnesty International describes as ‘plunder and slavery’ in the country’s £15.5 trillion mineral sector, which operates business as usual while the people of the country remain the third poorest in the world. I believe there are certain things journalists have an obligation to report, even if it makes some readers uncomfortable. And this is definitely one of them.

In Defence of Numbers – and People

There is a problem with how NGOs and journalists talk about the vastly complex challenges the world faces today but it won’t be resolved by avoiding numbers any more than by avoiding the real human experiences of conflict, climate change, poverty and the quest for progress. The problem isn’t with statistics themselves so much as it is with their source. People are, rightly, suspicious of where numbers are coming from, with public trust in the establishment – that’s politicians, charities and the media – at an all-time low. And there are solid grounds for that, I think many of us can agree. So those of us campaigning for change need to stop relying on those institutions to truth-tell for us and start challenging them, because no one believes in them anymore.

Secondly, there is an obvious contradiction in the media and civil society’s new-found passion for ‘personal story telling’. If the life experience of these people is so valuable, why is there so little expert-by-experience testimony in the media? Why are black and migrant communities so under-represented in the press, civil society and even the charities meant to represent them? And why when migrants’ stories are heard in the media do they so often lose control of them, sensationalised and commodified with no regard for the teller? Meanwhile, projects like Unlocking Detention, which produces a wealth of powerful, personal testimonies from migrants detained in Britain, reaches a comparatively small audience.

Finally, these different ways of communicating have been segregated from each other. Cold statistics are used to persuade the powerful, distancing them from the human cost of their policies, while emotive ‘human interest’ stories are exclusively relied upon to sway the public an elitist press either considers incapable of learning, or is uninterested in teaching. We need to break down that barrier, bringing humanity to news and policy while restoring facts to their rightful place in the public debate. When truth fails to strike a chord with people, we need to find a way to make it mean something instead of surrendering it to silence, along with the stories of those who struggle hardest to be heard.

2 comments on “Migration Messaging and the Silence of Africa”