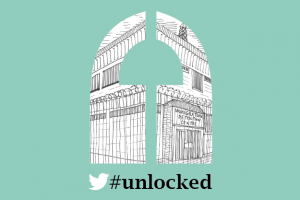 This International Migrants’ Day post was written for Unlocking Detention by Melanie Griffiths.   Right to Remain has been helping to run the Unlocking Detention twitter tour, which ran for the first time from September to December 2014.  The ‘tour’ focused on a different detention centre each week, shining a spotlight on the UK’s immigration estate.  People took part by tweeting, retweeting, contributing blog posts, and taking selfies with statements against detention – challenging the hidden nature of the location and experience of detention.  Find out more at the Unlocked website.

Melanie is an ESRC Future Leaders Fellow at the University of Bristol. Her project, entitled Detention, Deportability and the Family: Migrant Men’s Negotiations of the Right to Respect for Family Life, is on the family lives and Article 8 rights of men at risk of deportation.

I have been visiting Immigration Removal Centres since early 2008. I clearly remember my early trips, as a new PhD student and volunteer visitor. I remember disconcerting feelings as I approached the intimidating prison-like centre and was stripped of my sense of security as a British citizen in the course of being checked, searched, scanned and separated from my possessions. I remember intense feelings of helplessness, meeting a series of people diverse in so many ways but linked by the common experience of enduring one of the most frightening and dehumanising times of their lives. I had intended to research the asylum system but was being introduced to one of the most extreme faces of immigration enforcement. Those surveillance cameras, fingerprint checks, pat-down searches, high fences, suspicious gazes and locked doors were a violent reminder of the state’s distaste for those who seek to avoid or negotiate authorised migration routes. 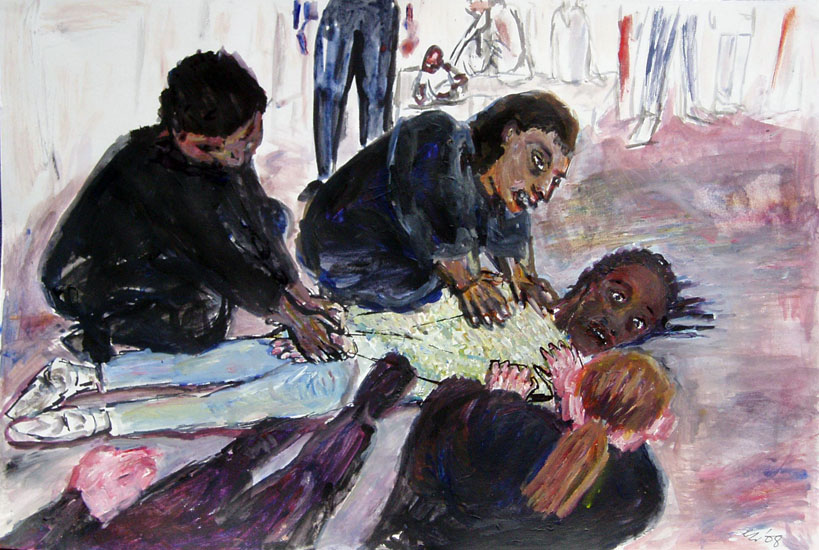 Immigration detention is a peculiar technology. It marks the intersection of the sharp end of state power – the deprivation of a person’s liberty – with the rationale of bureaucracy and processual efficiency. Immigration detention is intended to facilitate immigration goals, not punish or reform individuals. However, not only is detention experienced by those affected as punishment, but the centres look like prisons and the general public often assume that they have much the same function. As such, immigration detainees tend to be publicly and politically stigmatised as criminal and dangerous; not only deserving of segregation and punishment, but also responsible for their own predicament.

Although it frustrates me, I understand why the general public might have this view. The impression provided by politicians and the media is persistently inaccurate. Recently, however, I have found myself debating the acceptability of detaining certain people, not with those who know little about migration and detention, but with people who dedicate their voluntary or professional lives to this field.

‘We are steadfastly against the locking up of asylum seekers but we don’t want to be accused of supporting foreign criminals.’

‘It is scandalous that the UK detains women.’

The argument starts with the assertion that detention is inexcusable and inhumane and unfair… for certain people. For women. For asylum seekers. Refugees. The trafficked. The law abiding. For the popular and talented student. For those who are victims and had no choice. For people of a certain nationality, experience or sexuality. For exceptional individuals or special groups.

I don’t deny that detention is inherently harmful for these people, I know that it is. And I do have sympathy for those individuals and organisations that make the case for the release of particular groups of people. However, by emphasising the injustice of the detention of exceptional sufferers, we inevitably produce and entrench their imagined opposites. The argument – sometimes implicit, but often explicit – is that for some people, detention is acceptable. Or even: that for some people, detention is deserved. These are usually men. Economic migrants. Single adults. People with criminal records. Foreign national offenders. Those with few redeeming features or those – the most demonised category of all – who choose to cross borders.

The dangerous logic of criminality

One counter to these assertions is that such division is simplistic and these categories are often not mutually exclusive. For example, although many of those I speak to in detention have never been part of the criminal justice system, I frequently meet people who have both criminal records and asylum claims. In many cases this relates to what has been described as the ‘criminalisation’ of migration, in which the act of moving is recast as an illegal or criminal act. The ever-expanding number of migration offences reinforces this conceptualisation. If you can’t enter the UK without a false passport or visa, can’t survive without working illegally, or refuse to sign the paperwork to leave the UK, you are likely to end up in the prison system, whether or not you are also an asylum seeker.

The majority of people in detention who have a criminal record committed immigration, paper-based or driving offences, rather than the types of crimes that most excite the Tabloids. But even those with more serious criminal records have served their sentences by the time they reach Immigration Removal Centres. They would be free from the criminal descriptor, considered ‘redeemed’ characters, if only they were British. As it is, their foreign citizenship ensures that their criminal record is indelible. An association with the criminal justice system remains for these individuals, even when they are instead incarcerated for bureaucratic purposes. 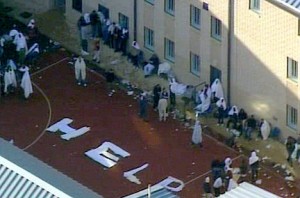 The ‘foreign criminal’ category is toxic for the NGOs that support asylum seekers and other migrants. It is considerably easier for organisations to garner public support, volunteer manpower and ever-elusive funds by mobilising concern for migrants who have avoided contact with the criminal justice system. However, the detention system is wrong because it is wrong to incarcerate people in the name of administrative expediency, especially under indefinite, uncertain, opaque and frightening circumstances. If we start to cherry pick, are we not suggesting that although all people are equal, some are more equal than others? That although detention is bad for all, it is worse for some?

I have sympathy for the need to make strategic arguments for certain kinds of vulnerability, for example around the detention of children, people with mental health problems and those at risk of physical or sexual abuse in detention. But there is a risk that this lumps together certain people as ‘victims’, simplifying the complexity of human beings and their experiences. It can homogenise people on the basis of a single aspect of their identity, and pacify those we deem worthy of our sympathy into victims without agency.

This is also an implicitly gendered debate. Each year the UK detains around 4,000 women and 26,000 men. And yet the gender bias towards detaining men is countered by a research and advocacy bias pointed heavily towards women. This is surprising given the figures and seems inadequately justified through nebulous appeals to the vulnerability of women.

There is also a risk that a focus on the ‘good’/exceptional/vulnerable detainee excuses the detention of all those excluded. It may even suggest that it is acceptable to administratively detain people who are considered to be tough, unworthy or downright ‘bad’. At the risk of sounding flippant, if you are illiterate, male, untalented, ugly, friendless, poor, black and/or have a criminal record, your chances of a Twitter campaign developing around your detention are painfully low. In fact, if I had to identify one group best placed to withstand detention, I’d suggest we only detain photogenic, native English speakers, who have at least degree-level formal education – preferably in law, in order to give them a fair chance at challenging the system – and who have lots of money and outraged middle class British friends to organise media campaigns.

Immigration categories do not accurately reflect reality. There is nothing ‘real’ about them; they are simply cultural and historical legal constructs. ‘Asylum seekers’ are people who have made a legal claim for a state to recognise them as a refugee, as narrowly defined by the 1951 Refugee Convention. Many individuals greatly fear being returned to a certain country. However, whether or not they are labelled an ‘asylum seeker’ or ‘refugee’ is down to the bureaucratic and legal processes they may or may not undergo. An individual might not claim asylum, might not be believed by the decision maker who studies her case or might have a fear that does not fit under the extraordinarily restrictive criteria of the Refugee Convention. The inhumanity of their detention is not altered by the lack of an administrative classification.

Similarly, crossing borders cannot be reduced to a passive/active dichotomy of refugees versus migrants. People remain self-determining agents even when there is little choice left but to flee and no luxury of time to plan. Conversely, movement may involve urgency and limited options even without Convention-style persecution. Life and people are complex and the reasons we do things, including cross borders, are fluid, multifarious and often contradictory.

I came to the field with an interest in asylum but it quickly became clear that life is messier than is suggested by international legislation. People’s experiences do not fit neatly into single immigration categories. There are no ‘good’ or ‘bad’ migrants, no people more or less deserving of immigration detention. The devastation caused by detention does not discriminate between immigration labels or gender. It doesn’t really matter if you are a man or a woman, have claimed asylum, overstayed a visa, had your college declared ‘bogus’ and shut down, worked more hours than you were entitled to, suffered the breakdown of your marriage, entered the UK without a visa, had your passport deemed false or fell into detention in any other of the myriad ways possible.

Whatever your route into immigration detention, for most, it is a confusing, scary, destabilising and traumatic experience. The 350 or so detained people that I have spoken to over the last six years have almost exclusively described being ‘stuck’, powerless, afraid and swamped in a system that feels irrational and unpredictable (1). Without a time limit, immigration detention simultaneously stretches indefinitely and yet can end with forced removal at any moment, creating a debilitating double temporal uncertainty.

We, as advocates, researchers and campaigners, need to challenge the fundamental claim that it is reasonable to remove a person’s liberty for administrative expediency. If we only focus on the detention of exceptional individuals or ‘victim’ categories, and if we perpetuate state classifications (such as ‘foreign criminal’) and divisions (like economic migrant versus refugee), we contribute to the legitimisation of the detention system. We risk condemning certain people as deserving of detention. However, whatever the route into detention, whatever legal category a person finds themselves in and whichever centre they are trapped in, immigration detention is an ingeniously effective way of destroying people’s lives. All people’s lives.

Many thanks to Luke de Noronha and Cetta Mainwaring for their invaluable comments in the drafting of this post. I, however, remain solely responsible for the content and any errors.