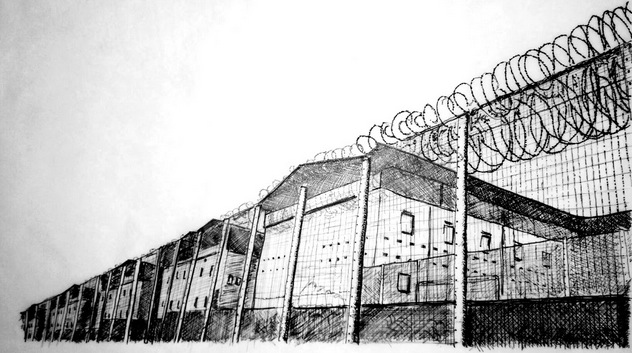 This is a guest post by Tom Kemp.  Tom is a member of SOAS Detainee Support and a PhD Student at Kent Law School. He is currently writing about anti-detention activism and political thinking in the everyday work of anti-border social movements.

Most of Schedule 10 of the Immigration Act 2016 were brought into force this month. Here’s 8 reason to hate them.*

1) The word Bail has lost its meaning

Bail used to be the process people can apply to get out of prison or detention. No longer. Anybody ‘liable to be detained’ can now be subjected to immigration bail and the punitive conditions bail enables residence requirements, reporting requirements, electronic tagging. Bail is now the word for the raft of community-based control measures now going to be imposed on all people without status. It is an expansion of state power to control their lives and further signals the government’s intent to treat people without documents as criminals.

In addition, people who previously could not be detained, can now also be put on immigration bail – including if ‘the Secretary of State is considering whether to make a deportation order against the person’.

If an immigration officer has reasonable grounds for ‘believing that the person is likely to fail to comply with a bail condition’, that person can be arrested. The procedures explicitly say that being on bail is no protection from being detained.

The tribunal is no longer permitted to grant bail for eight days after arrival in the UK or if removal is (supposed to be) within 14 days.

5) The Home Office can ignore the Immigration Tribunal on bail

As well as being able to ignore some tribunal decisions to grant bail to someone detained, the Home Office can, in some instances, modify the conditions granted by the Tribunal without judicial oversight. This is a bizarre constitutional trickery allows the executive basically to ignore the will of the judiciary.

6) Section 4 accommodation is no longer exists

Unless one is an refused asylum seeker and can receive section 95a accommodation, the Home Office will only provide an address, ‘in exceptional circumstances’ – for example, where there are Human Rights concerns. This means there will be people in detention who are eligible for bail who have to remain in detention because they cannot get housing. There have been increasing instances of people in detention being released without an address – it is unclear whether this will increase in the absence of section 4.

7) Automatic bail hearings was meant to be a positive reform

The lack of judicial oversight of decisions to detain is a major criticism of the current detention process. Automatic bail hearings after 4 months were won after significant campaigning by reformers. This is another example of the government subversively responding to calls for reform by expanding its own power.

The one positive element of the recent announcement is that they haven’t yet implemented powers to impose electronic monitoring on everyone applying for bail from within detention.

*This is a blunt account of some of the problems with the procedures and obviously lacks detail and exceptions – please look to expert accounts on freemovement.org.uk and other places for better information and look-up the organisation BID if you need help with obtaining bail yourself. If any of this information is wrong or misleading please get in touch @tomgk90