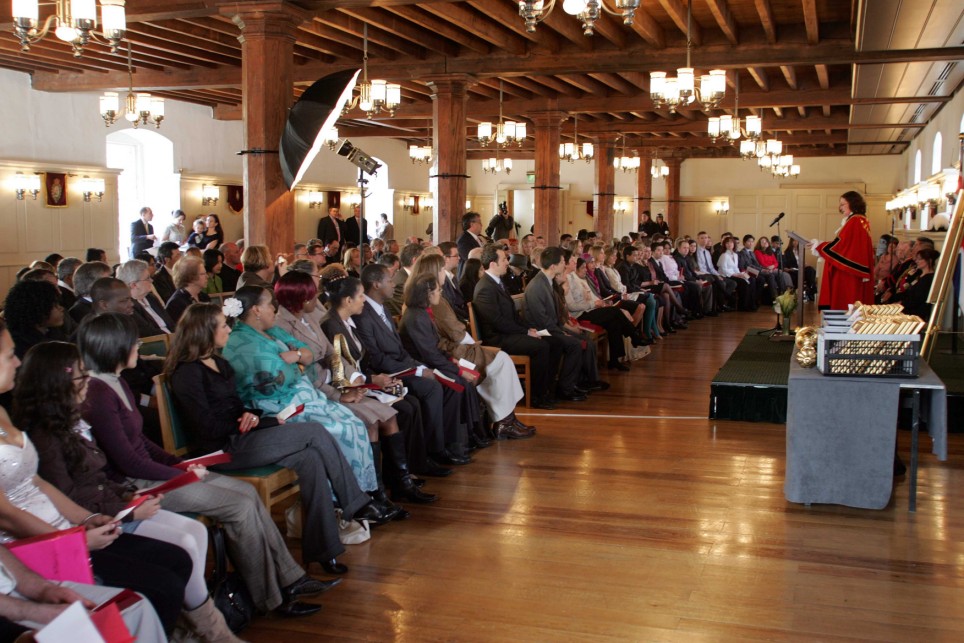 It was fascinating to hear about the research of Bridget Byrne of the University of Manchester on this Thinking Allowed podcast.  The programme explored Dr Byre’s ‘Researching Citizenship Ceremonies‘ project, looking at the compulsory citizenship ceremonies for new citizens introduced in 2004 by the New Labour government.

Of particular interest was the discussion about the presence and absence of the past in these ceremonies.  Many of the ‘welcome speeches’ made at the ceremonies invoked a history of welcoming immigrants, and if local welcome addresses were made by local dignitaries, these often described a local tradition of welcoming incomers.

Each community has developed in X over the centuries has enriched the cultural life of the city which has a long history of welcoming people to settle here. The history of settlements includes the Italian, Irish, Jewish, people from the Asian sub-continent, Commonwealth countries and later from eastern Europe and non-Commonwealth African countries. People have come to this country for a wide range of reasons, often for reasons of their own or their family’s safety or because of their political or religious believes [sic] and have been welcomed into the community.

Welcome speech quoted at p.10 of the research report

The references to migrant histories are not unproblematic, however, as some referred to both historic invasions and recent migration to the area with no distinction made between the two.  Dr Byre notes the prevalence of the ancient past in these narratives, with a more recent past overlooked – in the case of ceremonies in the US, no reference to slavery; in UK ceremonies, no mention is made of Britain’s colonial past and its legacy.

Participants in the ceremonies also pointed out the disjuncture between their experiences of the UK through the prism of the asylum and immigration system, and the notion of ‘welcome’ that the ceremonies are so keen to reinforced.  Interviewees spoke of the culture of disbelief facing them when applying for asylum, or more general xeno-racism experienced in their time in the UK.  While many spoke positively of the ceremony itself, this was perhaps seen in contrast to their exposure to immigration officialdom more generally:

As one woman said of the checking service: ‘Yes, the lady was lovely, actually she was the only person in this process who was really quite nice about it and was reasonable.’  Many had found the route to citizenship required difficult obstacles to overcome and it was common to hear of documents lost by the home office and difficult encounters with officials. Those who found the process the most straightforward were often helped in their applications by employers, but this depended on having an employer who understood the process. For others, the experience had been upsetting and sometimes intrusive often characterised by a sense of mistrust of some of their basic relationships, including doubts about marriage and paternity.

For some this was clearly a traumatic process as one interview put it ‘at the end of the day it does damage’, a damage that he was trying to forget.

This damage inflicted by the system is something with which we are all too familiar, and that we are working hard to protect people from.  Our toolkit and other online resources and our work with local groups supporting undocumented migrants can help protect people seeking the right to remain, but the system and its culture of harm and hostility must be changed.