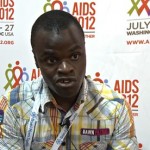 In the Guardian newspaper this weekend, it was reported that:

“A Ugandan gay rights activist has thwarted an attempt by the South African government to deport him amid fears he would be at risk of imprisonment or death if sent home.

Officials dropped their case on Thursday against Paul Semugoma, a critic of Uganda’s anti-homosexuality bill. But South African activists said it raised questions about their government’s treatment of foreign nationals and silence about homophobia on the continent.”

Persecution of LGBTI people in Uganda

As a gay rights activist, Semugoma would be in extreme danger if returned to Uganda.  According to Ugandan activists, Semugoma is on a “wanted list” in Uganda for his activism around lesbian, gay, bisexual and transgender (LGBT) rights issues in the country. One of close friends, activist David Kato, was murdered in Uganda in 2011. Semugoma moved to South Africa with his Zimbabwean partner soon after.

The persecution of LGBTI people in Uganda has been a grave human rights concern for some time, but this week the situation worsened considerably as Uganda President Yoweri Museveni signed into law a bill toughening penalties for gay people, including life sentences for gay sex and same-sex marriage.   British Foreign Secretary William Hague has said there is “no doubt” that the law would “increase persecution and discrimination of Ugandans”.

Semugoma, a doctor, was detained at a Johannesburg airport while returning from a trip to Zimbabwe because, the South African government claimed, his visa had expired.

A day later immigration officials hauled him to the boarding gate for a South African Airways (SAA) flight to Uganda, according to activists who phoned the airline and other officials informing them of a court order preventing his deportation. Semugoma, 42, resisted boarding the flight and SAA refused to take him.

Although there was a court order preventing his deportation, there was still an attempt to deport Semugoma.  Semugoma was not put on the flight because:

Stopping a flight is not enough – it will take a legal action to make someone safe from deportation, and to secure their right to remain.

The South African government appealed against the order but finally capitulated when the case came to court.

A spokesman for the home affairs department said it had granted Semugoma a four-year exceptional skills work permit in return for him dropping a claim for political asylum.

He was released from detention at OR Tambo international airport on Thursday afternoon, prompting celebrations from supporters gathered outside.

Be prepared and start early

Paul Semugoma had a strong community supporting his campaign – they took action quickly when there was a crisis.   As well as being a prominent gay rights activist, Semugoma had volunteers with the Anova Health Institute, an HIV charity in South Africa, for three years.

The events of the past three days expose serious problems with the manner in which foreign nationals are treated in South Africa. Whereas Dr Semugoma had the support of the medical and activist community, many other foreign nationals have no such support networks.

If you want to campaign for your right to remain, you cannot wait until you are detained and issued with removal directions.  Read more about that in our toolkit.  It is important to start making connections in your community as soon as possible – do not wait for things to go wrong in your case.

Airline campaigning to stop a flight can be a successful last-minute campaign action, but successful campaigns involve far more than this.

While we are relieved that the department eventually acted reasonably, serious questions has to be asked over their conduct over the past three days. Had the department not ignored a court order issued on Tuesday, Dr Semugoma would have already been released on Tuesday evening. Furthermore, the department attempted to deport Dr Semugoma yesterday afternoon. Had Dr Semugoma not refused to board the flight, he would now have been in Uganda and at serious risk of incarceration or death.