Tatiana Garavito is a migrant’ rights activist and the former director of IRMO and Latin American Women Rights Services, two human rights organisations supporting the Latin American community in the UK. Awarded Young Migrant of the year in 2014, she currently works with HOPE not hate as the national organiser for communities of colour, migrants and refugees.

Early experiences often powerfully shape the way we think as adults. I remember one particular argument with my father when I was about 13 years old, which still stands so clear in my mind. We were discussing politics, the history and development of Latin America, and the impact that colonialism had on us; our people, our family, ourselves. Of course, I was also trying to navigate my initiation into adolescence and the fierce anger his contradictory beliefs invoked in me.

Eventually he decided to give up. “The books you read are telling you lies, colonialism may have never happened!” I was in shock. Of course, both of us knew colonialism had happened. In some ways I think he must have known it better than me. At the time I asked myself, half angry, half desperate – how can I change his mind? Of course, I was not able to achieve any of this for many years. We both kept getting frustrated and angry at each other and I used to get furious about his lack of understanding of our history and his arrogance.

A couple of years ago, I came across a technique called empathetic listening that has been helping LGBTQ+ activists in the USA persuade people on another deeply emotive and controversial issue: transgender rights. For some, this may sound patronising, but our belief systems are all shaped by emotions and prejudices and the complex totality of our entire life experience. Sometimes we will all need to be persuaded to allow space for new ideas to start shifting the prejudices we have inherited or encountered.

When I learnt these techniques I thought of my father. I had been quite interested in bridging the distance we had created between us. I wanted us to learn to listen and speak to each other once again. Once I took the leap to try, these techniques helped me to make great progress with my father and so I couldn’t help but wonder: can the movement for social progress harness this power, too?

I’ve been working with the anti-fascist organisation HOPE not Hate to deliver anti-racist training, titled ‘Having Difficult Conversations.’ Founded on the principles of empathetic listening and what we call ‘Socratic questioning’, the workshops incorporate new elements that have helped us to engage with people outside our immediate circles.

We must fight injustice wherever we find it. But for me at least, our ultimate goal as a movement is to persuade people into a different and more empathetic way of thinking.

These techniques allow new spaces for people to start the difficult process of engaging with a completely new set of arguments. Instead of lecturing, which can make people feel very defensive and small, we learn to listen and ask the right questions, giving people the freedom to reflect on their own values and make new conclusions. Sometimes this approach is dismissed as soft, liberal, middle-class or otherwise ‘less radical’. But I have found it to be an important part of the answer to radical transformation.

The ethos underlying this training also emphasises the power of our own personal stories as well as the importance of building trusting relationships and listening to one another, within our own groups as well as out into the community. There is a lot of debate around organising strategies at the moment, with many campaigners asking themselves what else they should focus on besides massive one-day mobilisations, and I have come to believe this is a very good place to start. After all, even people with the most radical and progressive thinking today were not born radical; it is a journey we must all go through. Through this training, individuals and organisations striving to be allies to migrants and communities of colour are embarking on that process.

As with everything, we must begin to test it and challenges reveal themselves. The first thing these techniques reveal is that how we ‘do activism’ really matters. Community organising as opposed to traditional activism (protests and political meetings,) can help us define the cultures we are navigating in our groups. I strongly believe that giving importance to culture allows the transformations we need. Listening not only to white British people, but our communities of colour is not something we often do. Most of the time we use top-down, hierarchical approaches without questioning why. More democratic and representative ways of working, along with the use of accessible language and the dedication of time and energy to building trust, enable us to engage better with communities of colour and think more critically about how we organise. It encourages a culture of questioning: where does power lie, where should it lie, and who are the best people to speak and to which sections of the community?

Our work has also highlighted the the importance of who uses these techniques. We’ve been focused on challenging racism and anti-immigrant prejudice in predominantly white, working class, post-industrial areas. Going out to speak with people in these communities is a very different experience for white British people than it is for people of colour. For example, white allies may become frustrated or upset in the course of a conversation, but will not be directly subject to racist abuse.

People of colour should not be made to feel they are the only ones responsible for educating white people about their racism. However, it can be very transformative if we do speak up.

For instance, despite the fact I am a working class migrant woman of colour, I benefit from the privilege of feeling confident to speak about these topics without feeling targeted, so I have been chosen to try these techniques myself. The conversations I find myself are often shocking, but have also been transformative for some people I’ve encountered (in that they have radically changed their perceptions,) and also for me. However, this would not be the same or even possible for people of colour who have directly experienced racist and xenophobic attacks, or people experiencing mental health issues. This is a call everyone has to make for themselves. In the same way, white British people may not be the best people to explore issues of internalised racism and anti-immigrant prejudice within communities of colour, but can and should try with the benefit of training and education.

That first learning process, which started when I was 13, has led me to understand today that we are full of contradictions. Sometimes we realise this and sometimes we do not. Everything we know has been shaped by the people and experiences we have had in the course of our lives, so if our ultimate goal is to transform society as a whole through sustainable movements, we should be practising more of what we preach. Specifically, we must actively listen, be more empathetic towards one another, even when and perhaps especially in confronting all the discrimination we face – whether based on race, class, gender, sexuality, ability. And we must find ways to organise that are truly inclusive and liberating, and which create space not just for others to grow, but for us to do so as well. 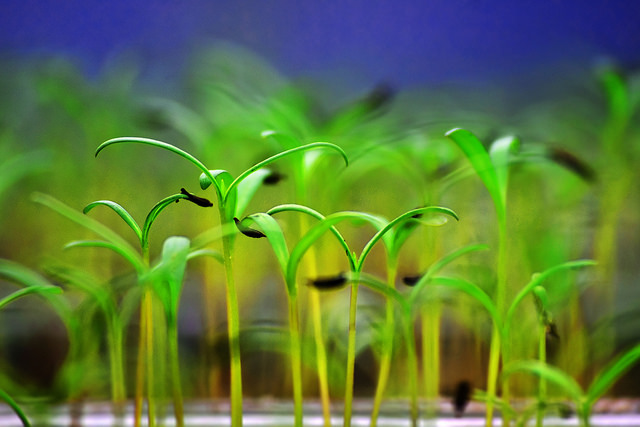