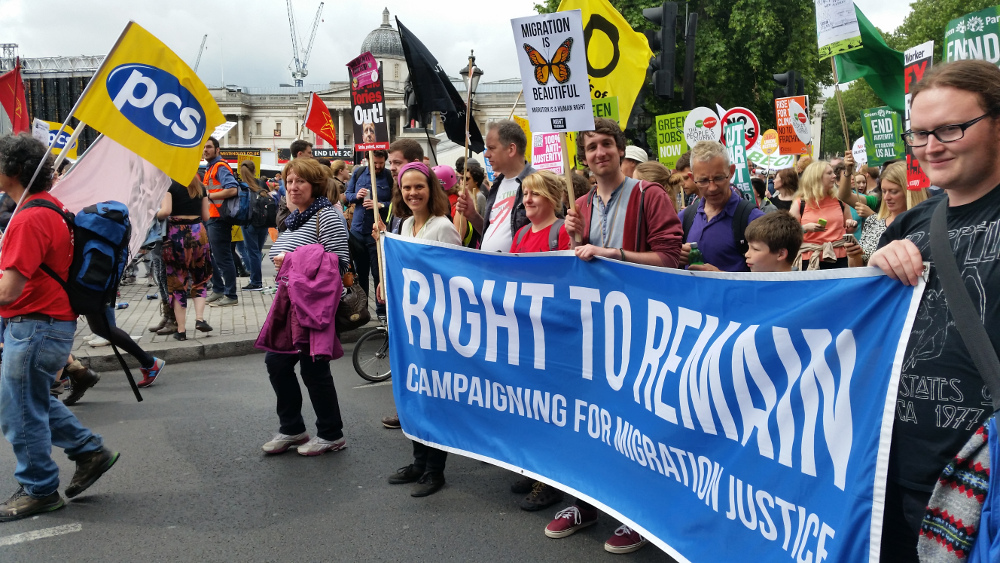 We finished off Refugee Week 2015 on the streets again. After the march for dignity with Beyond Borders Tyneside on Monday, and with Eritreans marching for justice in Liverpool on Tuesday, we were in London to help organise the anti-racism, migrant rights bloc on the End Austerity Now demonstration.

The demonstration was massive, with up to 250,000 people on the streets of central London calling for alternatives to the divisive politics of austerity. Our section was fittingly led off by Movement for Justice, at the forefront of mobilising demonstrations for migration justice, like those at detention centres over the last year or so.

We marched together with many groups, including the Day-mer Turkish and Kurdish association, Stand up to Racism, Unite Against Fascism, Movement Against Xenophobia, Hackney Migrant Centre, Refugee and Migrant Support Group, Leeds No Borders, an amazing samba band, and the bouncing, chanting international brigade of East London football fans, the Clapton Ultras. 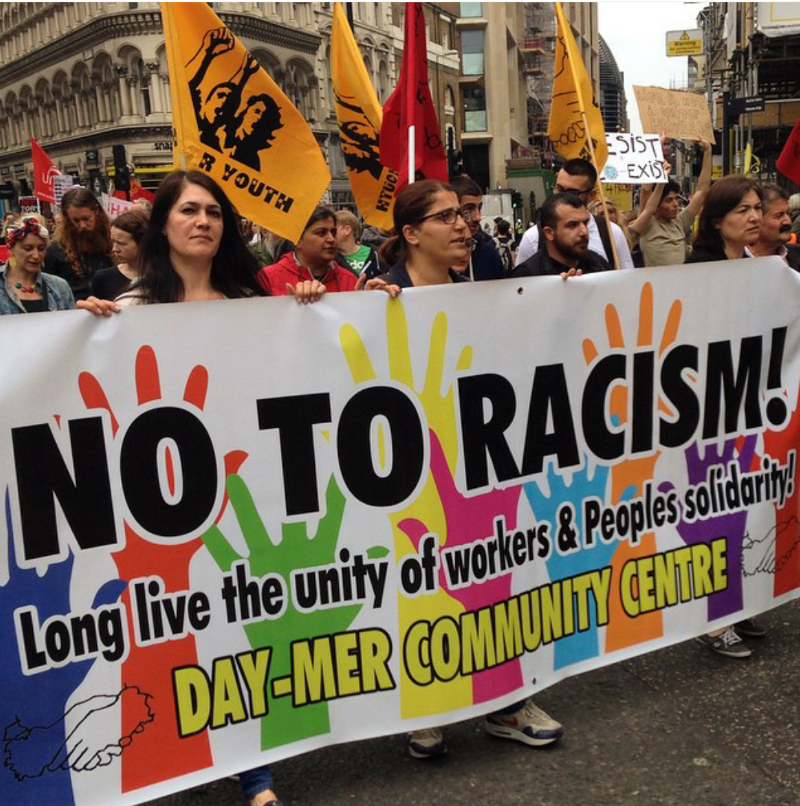 There were many others, and of course hundreds of individuals joined us. Many thanks to everyone who came, and especially to the international students, teachers, academics and activists from Kent and Oxford who carried the Right to Remain banner all day. Our yellow “refugees welcome” and orange “no one is illegal” flags were very popular – if you want one, come along to the Movement for Justice Yarl’s Wood demo on August 8 or drop us an email. 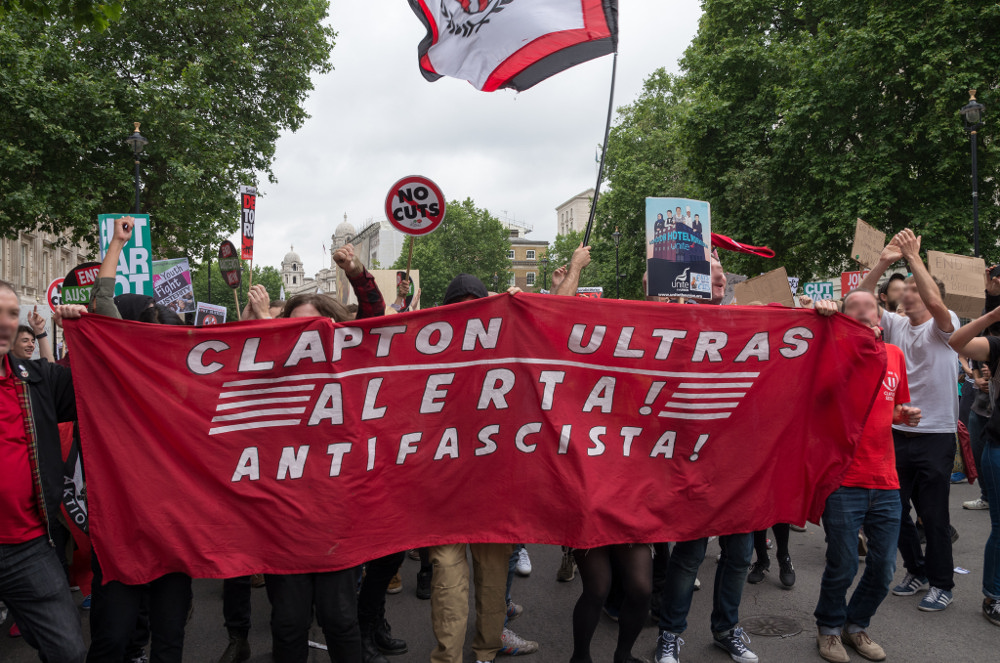 So, why were we there, at this event, a migrants’ rights organisation on a march against austerity? The day was organised by the People’s Assembly, a broad united national campaign against austerity, which it describes as a programme that is only working for the elite, with cuts to essential public services, falling wages, erosion of rights and civil liberties, and distribution of wealth from the poorest to the richest in society.

As a migrants’ rights organisation, we identify with movements for equality and social justice. Migrants’ rights are human rights. Britain is a wealthy country, but an increasingly unequal society. As inequality and poverty grows, immigration and immigrants are presented as a cause of people’s problems. They are used as scapegoats to divert attention from the real causes of poverty, and the programme to  dismantle the welfare state, the health service, social housing etc. We were on the march because we are part of a broad social justice movement, and specifically on Saturday we were there to challenge the racism, xenophobia and scapegoating of immigrants. We’re all in it together, as someone once said.