This post was written by Evelina, our wonderful volunteer, who is leaving Right to Remain after a year of amazing contribution, energy and passion. 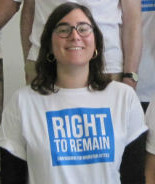 The Right to Remain annual conference, held in London on 6 September 2014 proved to be a wonderful moment of cohesion for the many people who took part in it. Stories of incredible courage and collective strength were shared by the participants, and many important steps were made towards a future of collective action.

As a volunteer for Right to Remain, I have been following closely the preparation process and was very excited about the big day, however the result greatly overcame my expectations. Right to Remain has always been working closely with campaigning groups and grassroots support organisations around the country, and in the course of the past year, we have worked really intensely to maintain and reinforce these connections. The conference, therefore, was a great way to get representatives from many of these groups together to share their knowledge and experiences of practical positive actions in campaigning for migration justice.

Desire to fight and challenge 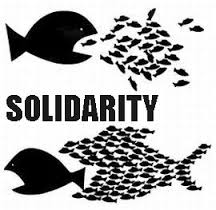 The current climate concerning immigration and asylum law is incredibly grim. Legal aid cuts, the new Immigration Act and the recent aggressive operations carried out by the Home Office against migrant workers and international students, constitute a great threat to the daily lives of migrants in this country. Many are losing their hopes.

During the conference, however, a small window was crafted onto a more empowering scenario. People from all over the world, and very different paths of life, got together to share their experiences of campaigning for the right to remain. Amongst these people many are still waiting for an answer from the Home Office regarding their case, of these, some will likely receive a refusal. However, what emerged from their testimonies was a desire to fight and challenge in all the ways possible the workings of the Home Office, so often unfair and degrading.

Campaigning is often very difficult in a situation where your own life is under threat, but the efforts devoted to building a community are soon repaid by the support that its members provide for one another. 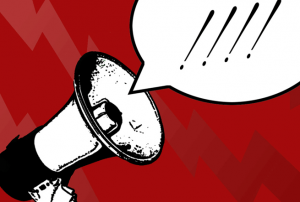 One of the groups who took part in the conference is MAMA  (Migrant Artists Mutual Aid), from Liverpool.  They provided a great example of this determination and the importance of community groups: despite having just suffered from the removal of one of their leading members, Naome, this group of women has not given up and, instead has enhanced its focus on supporting its members though campaigns and collective activities, such as the MAMA choir, who drew the conference to an emotional close.

Towards the end of the conference many people felt inspired to share their feedback and experiences, and it was these fierce testimonies that made the conference such a memorable and moving experience. Amongst the people that shared the stage to inspire everyone were Aderonke, an incredible woman who started her own fight against the injustice of the system and is now founding member of a number of grassroots organizations active within and outside detention, and Vienna from Leeds No Borders, the mother of Orashia, a bisexual asylum seeker who has been fighting against detention and the mental health issues he has developed from his traumatic experiences, both in Jamaica and through the violence of the asylum and detention system in the UK.

In the aftermath of such an intense event, what emerges is the necessity to keep this momentum going, not allowing the energy which sprung from the encounters to be dispersed but channel it into building concrete forms of support and sharing those positive practical actions which constitute the small successes in our daily struggles.