In the recent months a number of strong campaigns for the right to remain have been coming out from all parts of the UK.

The people involved are different, so are their lives stories, but they are united in a similar fight against the injustice of the U.K’s asylum and immigration system. This fight is increasingly gathering more attention, engaging groups all over the country who are working together behind these campaigns. 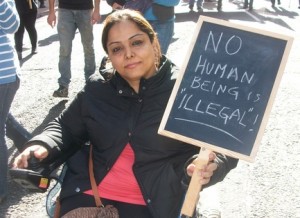 In Manchester, Manjeet Kaur, a disabled Afghan national, along with members of the human rights organization RAPAR, is currently fighting to stay in the U.K. near her family, friends and supporters.

After been forced to flee India, the country where she was living with her late husband, the Kashmiri activist Amitt Bhatt, Manjeet has been seeking sanctuary in the U.K. where she has established strong community links and where she in engaging on a daily basis in different campaigns both around migrant’s rights and disability rights.

Her fight for the right to remain has brought together hundreds of people from very different paths of life, managing to link two different terrains that are so often the sites of injustice such as disability and migration rights. 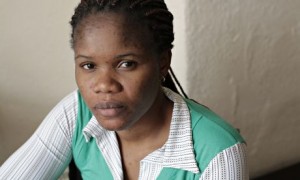 At the same time, in Leeds, another woman is fighting to protect herself and her family from a terrible destiny. Female Genital Mutilation is a widespread practice in the North of Nigeria, and because of it, Afusat, who has fled her country of origin to come with her two daughters to the U.K., is now fearing for her daughters’ health and well being.

The U.K government has recently launched numerous appeals to eradicate this practice, recognizing it as a breach of human rights. By removing Afusat and her family to Nigeria, the U.K. Government would be sentencing these two young girls to certain abuse, highlighting the hypocrisy its own efforts to protect FGM victims.

In light of the recent FGM alarm, in the UK and in the rest of Europe, many campaigners have joined Afusat’s fight, reaching national attention and managing through the publicity to secure a strong legal team which is currently taking Afusat’s battle to the European Court of Human Rights.

Securing legal advice has been a victory for the campaigners in times when the legal aid cuts are threatening the right of many people to be fairly represented in court.  You can watch a video of Afusat explaining why she is campaigning here.  Afusat explains what her campaign has meant to her:   “I am so happy for this support. It has made me stronger and it has given me hope.”

Unfortunately, Afusat is not the only mother fighting against the Home Office. American born, but Scottish adopted Angie, has been living in Arbroath, Angus for over seven years with her thirteen years old Scottish daughter Ceilidh.

When the Home Office first threatened to deport her, separating her from Ceilidh who has no one else to care for her, Angie discovered about the thousands of other people affected by the injustice of the asylum and immigration system. Such a discovery gave her the strength to fight for herself and to help others in similar situations.

Although the situation she is now facing is very distressing, Angie, and her community, are concentrating their energies on getting the word out and developing the community into a resource against the oppressive system. Read more. 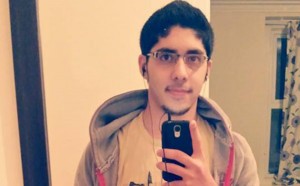 Getting together is the first step towards a successful campaign and moral support can provide the strength to fight harder and more effectively. This is what The Easton Cowboys and Girls, a cricket team from Bristol has recently been taught by their ongoing fight against the deportation of their teammate Ahad and his sister Anam.

The news of Ahad’s detention has caught the entire team off guard, but they haven’t wasted any time!

The campaign they have put together is supporting Ahad through these hard times while mobilizing people to prevent the removal of the siblings to a country where they have no links.

All of these campaigns are highlighting the way in which the Home Office is acting in utter disregard of people’s lives, applying rules which don’t take in account the humanity of the person, or group of people that they are attempting to remove.

Campaigning is a way to protest against this structural injustice, a way to breakthrough a system which is based on the assumption that people are lying and which dehumanizes stories in order to make them easier to classify.

Campaigning for the right to remain is a way for people to make their voice heard, whether to the public or to a small group of people, but is also a way to create long lasting support networks which are able to function in parallel and against the official system.

Creating such networks is fundamental to break the isolation of singular people fighting for the right to remain which are too often are left alone to fight this battle.