Amid an increasingly difficult situation for migration justice, and progressive politics in general, 2017 has witnessed some inspiring resistance.

This year has seen over 70 organisations from across Britain and the north of Ireland call on the Home Secretary to allow refugees to rebuild their lives in peace; migrant workers strike decisive wins in the ‘gig economy’ and at universities; our friend and ally Adrekone Apata won justice after a 13-year struggle with the Home Office; and countless other examples.

Right to Remain has continued to support communities across the UK (and even on our doorstep in Calais) to campaign for themselves and fight for wider justice. Work we have been involved with in cities like London, Swansea, Newcastle, Belfast, Liverpool and Manchester – to name a few – is bearing real fruit.

Overall, two of the biggest areas where oppression and resistance both are at play is the Home Office’s “hostile environment” and the movement against immigration detention. 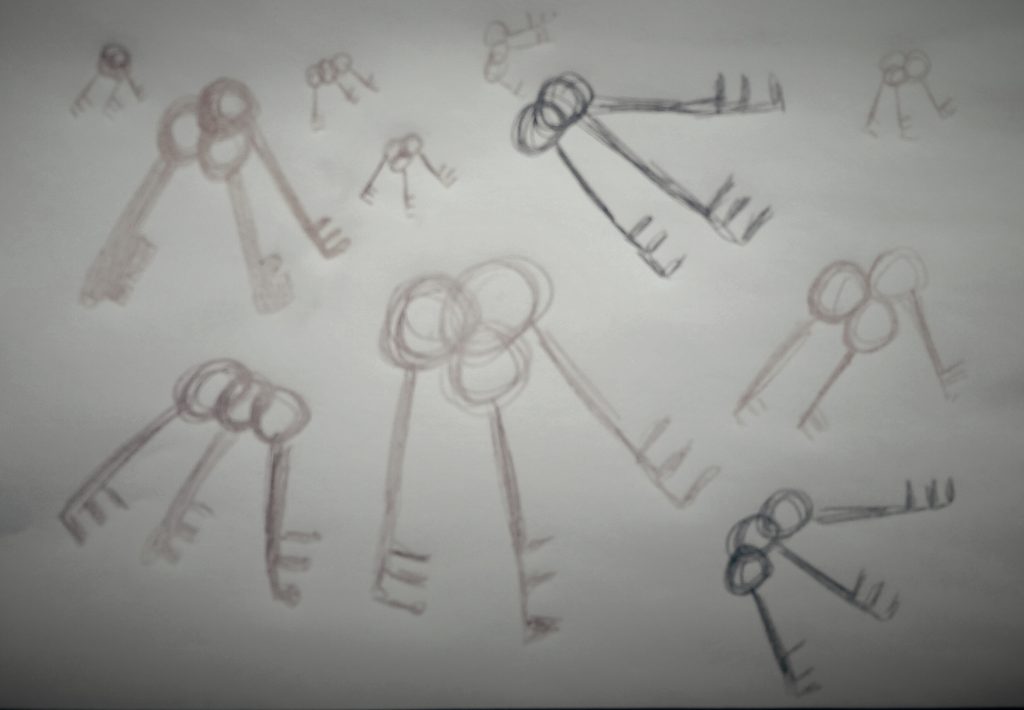 Theresa May’s self-described goal of making Britain a ‘hostile environment’ for migrants is continuing to make headlines and wreck lives as it comes into force. From bringing borders into hospitals, schools, banks, homes, few areas of public or private life remain untouched.

As renowned barrister and commentator Colin Yeo has said, the hostile environment is an attempt to privatise immigration enforcement:

“The defining feature of the new hostile environment is the abandonment of the pretence at central government enforcement of immigration laws and the move to reliance on indirect means to encourage compliance with and punish breaches of immigration control.”

However, this decentralisation has also meant an increased necessity for resistance and opportunities for alliance building, including:

– Docs not Cops, a coalition of activists and health professionals have raised awareness about the new health charges, leading several protests and gained media coverage, and are planning further action.

– The amazing Schools ABC, which has been protesting against the collection of school children’s immigration data, has secured a concession to protect for nursery children, and has recently completed a successful and innovative fund-raising campaign to mount a judicial review to the entire policy.

– The recently launched ‘No borders in banks’ is highlighting the effect of new laws which mean banks much retrospectively check the immigration status of the holders of their 70 million account.

– JWCI continue to show/highlight the racist impact of the ‘right to rent’ checks.

– NELMA have ended the government’s toxic policy of rounding up and deporting of EEA rough sleepers. They have provided one to one advice, secured significant media coverage, shamed the charities colluding in the round ups, and fund-raised for a legal challenge. Fought by the Public Interest Law Unit of the Lambeth Law Centre, the challenge successfully convinced the High Court to rule the policy was completely unlawful.

This year detention has become a mainstream issue. This was in no small part due to the heavy price paid by those inside: there are 11 known deaths in detention centres this year, the highest on record. The appalling nature of detention was further highlighted by the undercover BBC Panorama investigation into Brook House. 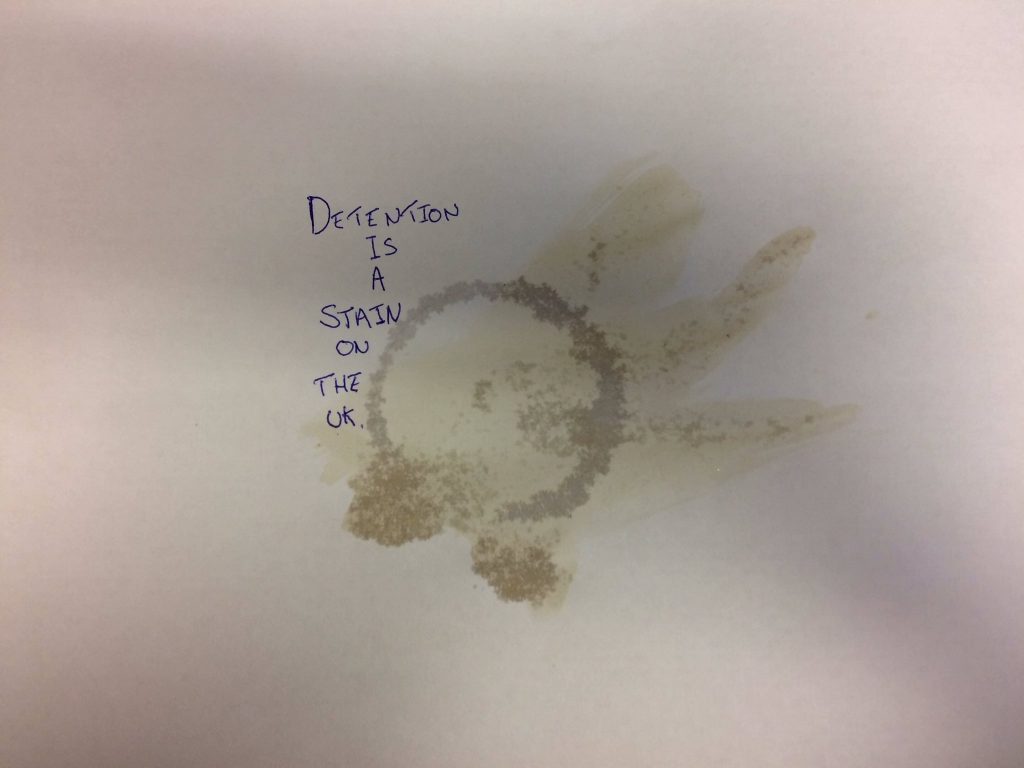 Many groups and organisations, often working in unison, have raised the profile and have secured some important wins. Through the These Walls Must Fall campaign, Manchester City Council has become the first local authority to pass a motion (unanimously) condemning immigration detention. Several important politicians, including local councillors, Julie Ward MEP, and the shadow immigration minister Afzal Khan have endorsed These Walls Must Fall. An important parliamentary meeting heard from experts about the hazardous effects of detention, and why urgent and systemic change is needed. The Verne detention centre in Dorest closed this week, and an important legal case means many torture survivors in detention may now be eligible for release.

Fundamental reform – at the very least – of detention has become mainstream, with every party (except the Conservatives) calling for the end to indefinite detention. Even among the Tories there is progress: former chief whip Andrew Mitchell MP has written for Conservative Home calling detention a ‘dystopian stain on our democracy’. Amnesty UK, Liberty, the British Medical Association (BMA) and countless other organisations have recently made major calls for urgent change.

The powerful ‘Unlocking Detention’, which maps the detention estate with testimony, photos, poems from the various centres, ends today after a 3 month run. Catch up here.

The above is only a snapshot of the work that is been done around the country. Much of the vital work being done each day goes on without any public recognition.

Yet the examples show a growing movement. As the hostile environment expands into every aspect of our society, so to those the avenues of – and necessity – for resistance.

We will continue to work with and support groups in communities, provide workshops, build community support for ending detention through the These Walls Must Falls campaign, and promote our toolkit – an updated paper copy of which will be available in January,

You can support out work by making a one off donation or a standing order, or by purchasing a hoodie, zine, or t-shirt from our store. 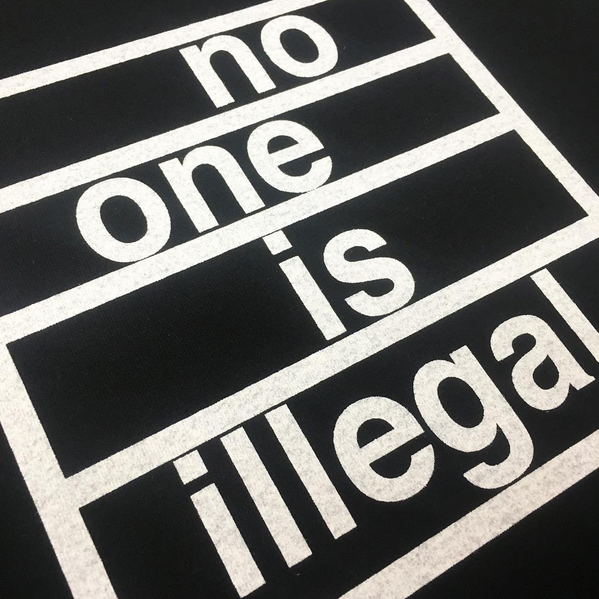