BID (Bail for Immigration Detainees) have launched a legal action which they hope will mean multinational security firm G4S is finally held to account. 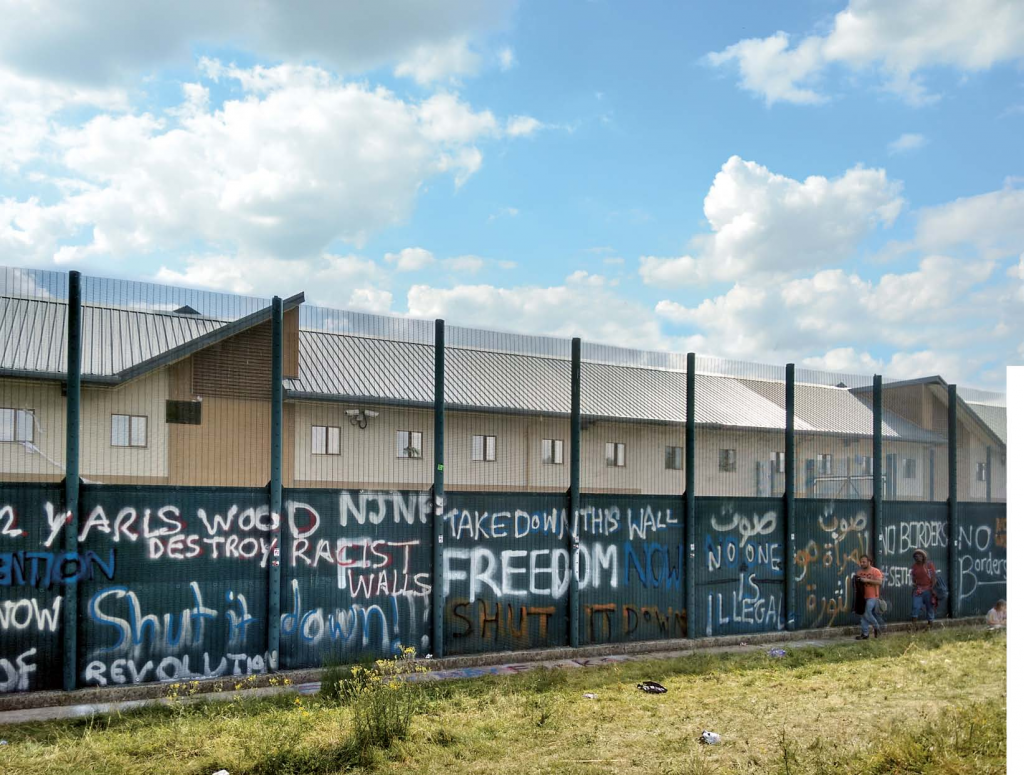 G4S have been complicit in human rights abuses across the world – including extreme misconduct in child custodial institutions in the UK and the US, in operating in illegal settlements in Palestine, and offshore detention centres in Australia. In the UK they are also involved in various aspects of our increasingly privatised asylum & immigration system – including asylum housing and – the focus of this legal action – immigration detention.

The UK operates a vast network of immigration detention centres, one of the largest in Europe, with a dozen long- and short- term centres across our cities and towns. They are effective ‘black holes’ where basic legal, civil and human rights are deliberately placed out of reach. Over 30,000 people are locked up in prison-like conditions every year, with no time limit on how long they can be held (the  longest a person has been held is over 5 years and counting). This is purely because they do not (yet) have the correct immigration papers. The negative impact on people’s mental & physical health can be long term, while at the same time the Home Office systematically ignores medical advice to keep mentally ill immigrants in detention. Last year saw ten detainees die in different centres, often by suicide, making it the deadliest year on record. As with 27 year old Marcin Gwozdzinski, who took his own life last September, there was no previous mental health issues before being detained. 59 of his fellow detainees signed a statement unequivocally blaming the death of Gwozdzinski on the authorities, citing how they ignored his repeated attempts to get psychiatric help.

In addition to the ‘legal’ abuses, there are widespread accounts – from ex- and current detainees, undercover reporting, and the United Nations – about the kinds of physical and sexual abuse that occurs. Late last year the BBC’s Panorama went undercover in Brookhouse, run by G4S, and uncovered harrowing abuse by guards, including

“the maltreatment of detainees by staff, a widespread culture of disrespect and the falsification of incident reports in order to cover up misconduct.”(BID)

A key whistleblower and ex-employee of Brookhouse has received continued harassment, such as threating letters and slashed tires.

Now BID are seeking to have a legal ruling that would designate G4S a ‘High Risk’ strategic supplier. They state this would “make it harder for the government to award G4S future contracts and, ultimately, help prevent the future maltreatment of detainees.”

“That people are subjected to immigration detention at all is abhorrent. That they are subjected to physical and verbal abuse while incarcerated is utterly unacceptable.[…] The mounting list of scandals must be seen as systemic failings by the government, not one-off incidents.”

Holding our government ultimately responsible chimes with the response by Shadow Home Secretary Diane Abbot to the Brookhouse revelations:

“It may have been G4S guards carrying out the brutal acts, but it is this government that is ultimately responsible.”

BID are fundraising the costs of this legal action, and have already raised almost 50% in the last few days. Donate here.

2 comments on ““The mounting list of scandals must be seen as systemic failings by the government, not one-off incidents”: BID hold G4S to account.”