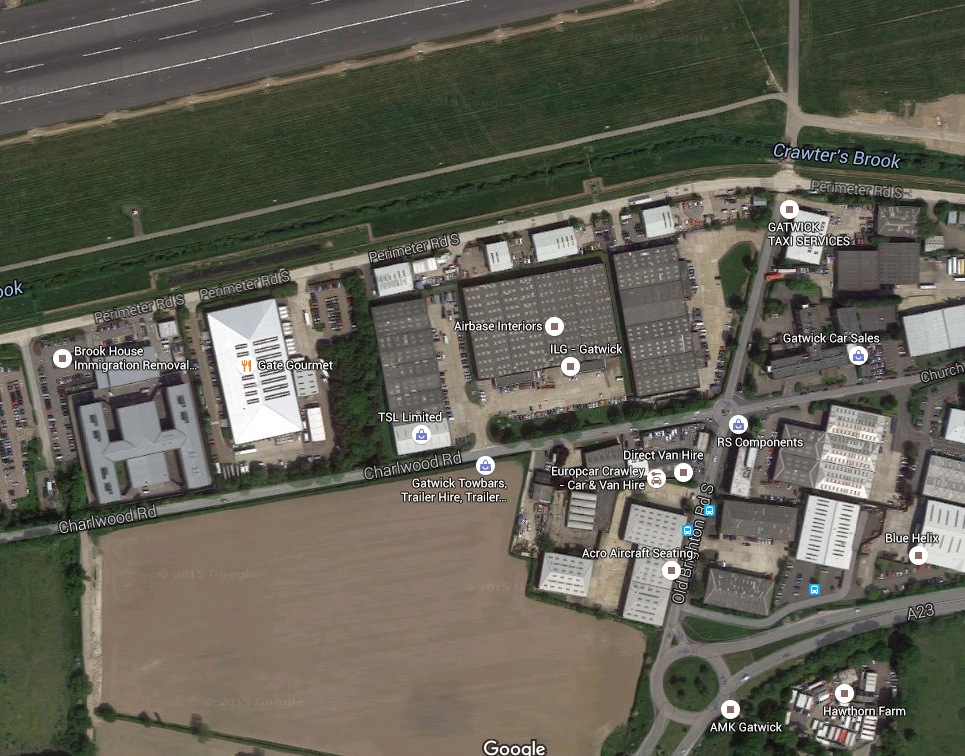 Despite being signed up to a reform agenda that involves reducing immigration detention, this summer the government has quietly expanded bed spaces at Brook House and Tinsley House detention centres, near Gatwick Airport.

As Ali McGinley of AVID wrote to for the Detention Forum:

In Stephen Shaw’s substantive review of detention earlier this year, it did not go unnoticed that the scale of immigration detention in the UK had increased without any strategic plan, or statement of purpose. He commented that ‘the use of detention is determined on a direct one to one basis by the number of available spaces. A strategic decision therefore needs to be made about the size and location of the IRC estate over the next decade and longer’. The then Immigration Minister, James Brokenshire, in a statement made in January, accepted the ‘broad thrust’ of Shaw’s recommendations, and outlined plans to reduce the numbers detained. Plans for the future shape and size of the detention estate, he said, would be outlined in the Immigration Enforcement’s Business Plan for 2016/17. This elusive business plan remains unpublished.

Brook and Tinsley House are being expanded this summer by 100 bed spaces.

You may have heard about the closure of Cedars “pre-departure accommodation” (a detention centre for families with children), which will mean that families with children facing removal will now be detained at Tinsley House.  The number of those families will be very small, so these new bed spaces can’t be accounted for by this change alone.  Instead, it seems that the government has reversed its direction of travel on detention reform for the moment.

These two detention centres near Gatwick airport receive little media or public attention.  Unlocking Detention, which Right to Remain helps to run, seeks to change this.

As we heard on last year’s virtual visit to Tinsley House, Tinsley is currently the smallest detention centre in the UK (before the expansion, it had 153 bed spaces – 199 for single men; 34 for families with children.  We heard powerful stories of the men detained in Tinsley House, that Nic Eadie, former director of Gatwick Detainee Welfare Group, met over eight years of visiting.  Many of them speak with strong London accents, or Glasgow accents, or Manchester accents: “Almost as British as me”

Before he left Tinsley House John sent me some of his writings. In them he mixed his feelings of fear and dread with those of hope and strength. He tried to remain positive, drawing on the resilience that had helped him survive war, poverty, feelings of isolation, and a drug dependency that nearly killed him. In his last note he wrote me this:

‘I love life and hopefully life agrees with me. Nobody likes the feeling of being trapped, yet we all are somehow. One way or another we’re all trapped in a situation and do not completely feel free. My name is John, a detainee at Tinsley House. I’m not trapped in here. I’m here to expand my mind and meet people of different cultures and backgrounds. I’m thankful to have had the opportunity to pass through here, for I’m no longer naïve to certain people’s ways, or ignorant towards their religions and beliefs. I’ve learnt to live away from my loved ones until I see them again. And I’ll have a lot to tell them about my journey.’

Brook House is just next door to Tinsley,

#BrookHouse #detention was designed on a category B prison model.This is how it looks like #Unlocked15 pic.twitter.com/7t4BvZ8tcB

For Unlocking Detention 2014 and 2016, we had some very powerful blog posts by people who had been detained in Brook House for months, and also family members of those detained, and those who visit people in detention.

Yann was detained in Brook House for four months, and described:

There is a window in your cell but you can’t open it. Over the period I was at Brook House I had a huge drop in my Vitamin D because there was no access to light. I got no fresh air. I felt suffocated.

H, who was detained for three years, wrote of his arrival at Brook House:

When I arrived I had never heard the name ‘Brook House’ before and I didn’t know where it was. I didn’t know what county I was in or which part of the UK I was in. I had been trafficked here and I had committed no crime.

When we stopped at the gates waiting for them to open I heard the sound of planes. I was in a van and it was intimidating and appalling because I was locked in with no window for fresh air.

When I saw it, it looked like a prison. And hearing the planes meant I was always reminded of the fear of being put on a plane by force and returned to persecution in my country. I’d been locked up in the past in my own country as a child, again, for committing no crime. Going back into a building of that nature again made me feel sick. It really wasn’t so different, except that in the UK I wasn’t beaten.

Someone read this piece and wrote a comment, explaining how they had lost their foster son to Brook House:

Years ago we visited Brook House to see someone we love. The visits proved traumatic and heart rending , we will never forget these experiences and our shock at finding ourselves and our foster son in such a dire and powerless situation. The sound of the planes flying above us were a constant reminder of the imminent loss and feeling of hopelessness. It is a place untouched by humanity or the need toshow respect to fellow human beings. Human rights do not exist. Many of the young people arrived in this country as children looking for safety, at the age of 18 they are deemed adults , ready to return to their previous broken lives with no support or consideration as to how they will survive. Most are treated as criminals (they become illegal!) and the ‘foster’ families that have nurtured and love them are ridiculed by the immigration service for continuing to care. The system abuses those who have suffered abuse and trauma, these youngsters have experienced war, seen death first hand and have been exposed to horrors we can only imagine. We just want a good life for the boys we have welcomed into our lives, we are proud of them and pray that all will be well and there will be no more visits to Brook House for us.

And in this fascinating piece, “Flip flops placed neatly outside isolation unit doors”, a visitor to Brook House describes what so few people see or get to hear about:

The wing we walked into was very quiet, so quiet that we could hear the strong wind that seeped incessantly through gaps between the several thick metal doors behind us and the floor.  In fact, a short corridor where about 10 cells were located, with 4 or 5 of them on each side, felt like a wind tunnel.  Outside each cell, there was a well-used, small whiteboard which presumably carries information about the people inside the cell.  Some cells seemed occupied though there was no information on the whiteboard outside, not even names.

Look out for Unlocking Detention 2016, which starts 10 October.