In this blog for Refugee History, Right to Remain coordinator Lisa Matthews compares community-based anti-detention action ‘then and now’. How does wartime opposition to internment compare to local anti-detention movements today? Turns out the language is surprisingly similar... 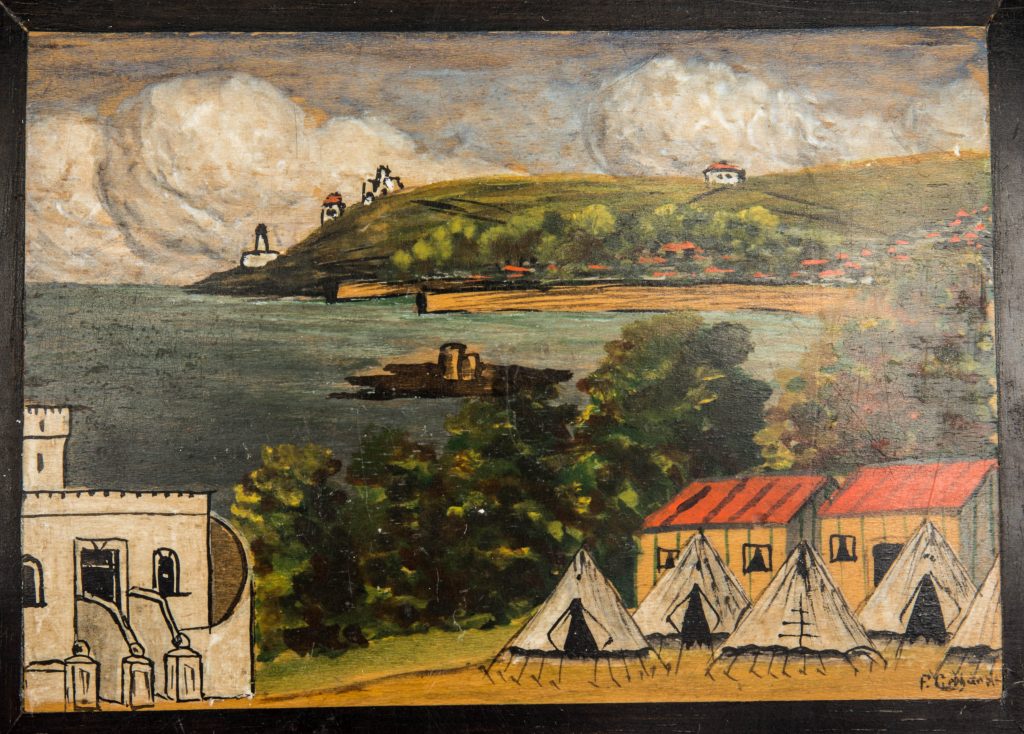 Located among articles about an MP who used a tin bath to smother a fire-bomb and the black-out times for seven major cities in England and Wales, sits the story of seventy-five East London families who signed a petition for the release of three local traders interned the previous week. The signatories are “the total population of College Buildings, Wentworth Street, E.1” of which “half the inhabitants are Jews and half Christians, but in the homes of all there is equal indignation and sorrow.”

These are the words of the News Chronicle report of 22 July 1940 on a community response to the internment of local “enemy aliens” during the Second World War, three men who had “conducted their businesses across the road from the entrance to College Buildings for between 30 and 40 years.” As a participant in, and witness of, many modern day anti-detention and anti-deportation campaigns, I was struck by how closely the narrative of local belonging and the medium of the petition in this historic example – which can be found in the national newspaper archives at the British Library – chimed with local protests in defence of community members today.

There are distinct differences between the political contexts of detention of foreign nationals in the First and Second World Wars, and present-day immigration enforcement. There are striking resemblances, however, in the narratives and methods employed by those opposing the policy of detention in each period.

In the First World War, internment of “aliens” began within days of Britain declaring war on Germany. Around 32,500 Germans, Austro-Hungarians, Turks and Bulgarians were interned during the course of the war.

In the Second World War, over 27,000 people were interned, including Germans, Austrians and Italians. The sinking of the Arandora Star in July 1940, a ship deporting “enemy aliens” – mostly Italians and Germans – to Canada, resulting in the loss of hundreds of lives, was a catalyst in shifting public opinion against internment. By March 1941, 12,500 internees had been released.

The 1971 Immigration Act brought in the modern immigration detention regime, although initially most detention was for very short periods of time, and detention capacity remained low. By the 2010s, around 4000 people could be detained at any one time in the UK, and in 2015, 32,447 people were detained. Today, the deprivation of liberty of foreign nationals does not happen in the context of a formal international war.  Anyone subject to immigration control can be detained. The framework of “national security” nonetheless still pervades, with the moral reorientation of the so-called “war on terror” influencing policy, media coverage and public opinion on immigration. For a detailed history of immigration detention, see Refugee History and Right to Remain’s Timeline of Immigration Detention in the UK.

There are parallels in the methods used to oppose internment during the First and Second World Wars, and immigration detention in the current period. A thread running throughout the history of detention is the role played by those detained in protesting their situation. In November 1914, internees staged a protest about overcrowding and food at Cunningham’s camp on the Isle of Man. The military guard responded by opening fire and killing 5 internees.  Historian Wendy Webster suggests [p24] that internees in the Second World War used the knowledge that their letters would be read by censors as a way to protest the conditions of internment to the authorities. Similar modern iterations of resistance include periodic protests inside detention centres,  the recent hunger and work strike at Yarl’s Wood, and self-advocacy through websites such as Detained Voices. Parliamentarians past and present have used their platform to speak out against detention  policy: Eleanor Rathbone, the “MP for refugees”, was the most consistent anti-internment activist in the Second World War, and Labour MP Paul Blomfield has recently been recognised as a “champion” against detention.

It is arguably in the narratives used to critique internment/detention that there lie the strongest resonances between the past and today.  Even in the broadly pro-internment climate of the First World War, there was unwillingness to intern women, and the issue of women remains a strong component of modern anti-detention campaigning.

Much emphasis was placed in anti-internment activism in the Second World War on the identity of those detained being refugees. This focus on people fleeing persecution persists in the modern period, despite the fact that fewer than half of those detained are people who have claimed asylum.  The discussion today of the “contribution” of migrants also  echoes  the earlier periods, with François Lafitte’s 1940 “The Internment of Aliens” listing the distinguished individuals included in those detained, and ‘contribution potential’ even being a factor in the release process.

Although much anti-internment advocacy focussed on the poor conditions in which people were held, rather than the act of holding them (as with anti-detention campaigning today), the policy as a whole did also receive criticism. A recurring theme both historically and in the modern period is that internment/detention is ‘against British values’.  The former Lord Provost of Glasgow, Sir Daniel Macaulay Stevenson, wrote a public letter in 1916 stating that full-scale internment was “absolutely anti-British and contrary to all our traditions”. In the House of Commons debate on refugees on 10 July 1940, Major Cazalet referred to the “totally un-English attitude” that encouraged mass internment, and called upon “the tradition of this island for many centuries to give a welcome and asylum to all those who were persecuted in other lands”. Many anti-internment spokespeople pointed out the inherent problem of positioning Britain as a land of freedom (as opposed to the oppression and persecution of Nazi Germany), when it practised the policy of internment of – among others – Jewish refugees.  Contemporary parliamentary opponents of immigration detention have also stated that immigration detention is in breach of the British values of “fairness and due process” in relation to the tradition of habeas corpus (a measure intended to prevent unlawful imprisonment).

Today’s anti-detention campaigners can perhaps take hope from the mixed public opinion towards internment even during the extreme conditions of a world war. They can look to the fact that moments exposing the impact of these policies on people’s lives – the Arandora Star in 1940; the Windrush scandal today – can rapidly change government practice.