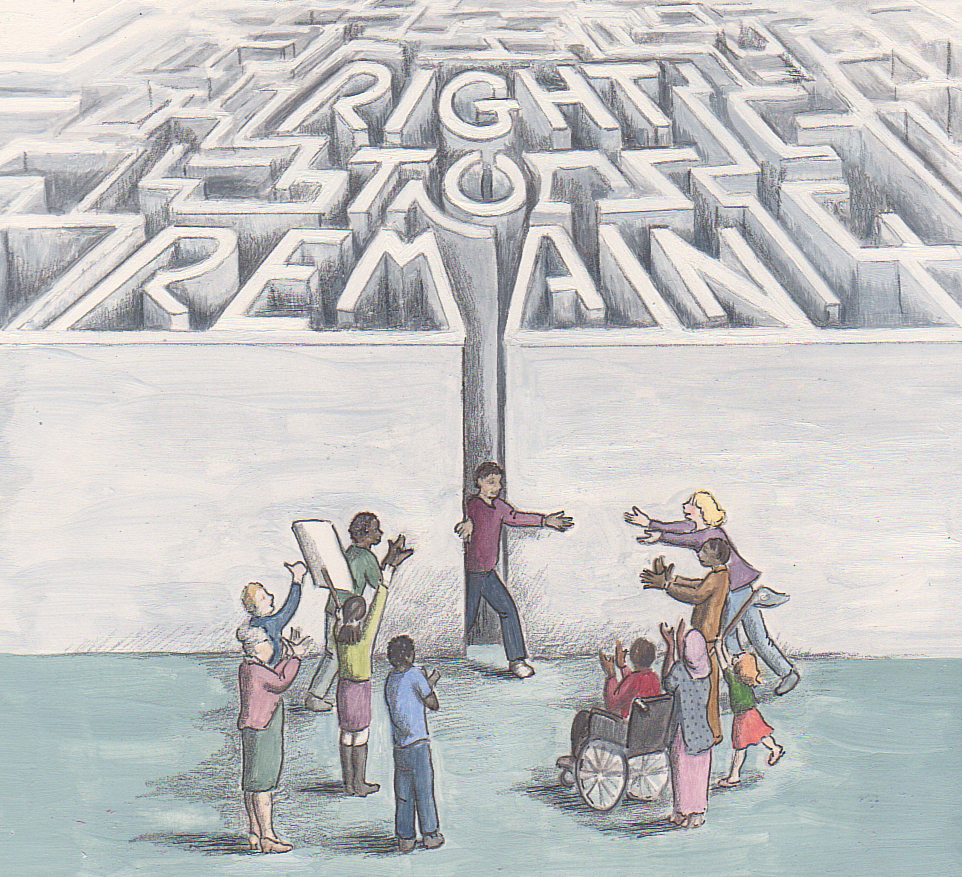 In Sheffield this month, Right to Remain and a new local volunteer group, Early Asylum Support, ran the second in our new programme of information sessions for newly-arrived asylum seekers.

The sessions are focused on the crucial first steps of the legal process, and in particular the asylum substantive interview.  The content is based on the Right to Remain Toolkit and the constant learning we do with asylum seekers and their supporters in communities across the UK.

At each session, around 15 people seeking asylum and a similar number of volunteers came along to Victoria Hall. The latest session saw four different languages being translated at one time by our dedicated volunteer interpreters!  Word about the workshops is spreading fast, thanks to the help of organisations at the Wednesday asylum drop-in at Victoria Hall in Sheffield.

The asylum interview can be a difficult area to help people with, a difficult topic to discuss, but it’s just so important. It’s difficult because we have to warn people who may have just arrived after a long dangerous journey, that it’s not over yet. Another struggle is just beginning. They may have just escaped the life-threatening hostilities of Afghanistan, Sudan, Iraq or Eritrea, but they have entered the hostile environment of the UK asylum system. It’s vitally important that they understand the nature of the system, and prepare for the difficulties ahead, because their life may depend upon overcoming these difficulties.

The asylum interview: a crucial stage

A recent insider account from an asylum caseworker highlighted how ingrained the culture of disbelief is, and how cuts and target-setting exacerbate this dehumanised approach:

A great deal of my initial training was about establishing “credibility” – largely, how to explain that you disbelieve someone’s story. We would use example claims as case studies and practise writing refusal letters.

In the meantime, however, it’s essential that people know what the interview is likely to be like, what their rights are, and how they can be prepared (and repair afterwards).

We have spoken to so many asylum seekers who describe the psychological damage of going into a hostile asylum interview unprepared – assuming the Home Office interviewer would be there to help them, or at least be neutral. Of the pain and trauma of being told you are lying when you talk about appalling things that have happened to you, or your family.

Knowing this could happen, and having people around you to stand side by side with you, to tell you that they believe you, can be crucial for being protected from the harm of that experience, and for being able to keep engaged with the legal process. This is what our whole Toolkit is about – find it online here.

In our Sheffield workshops, we explain what asylum is, what the interview is about and why it’s important, and how to prepare (if you want to know this stuff, take a look at the Asylum Interview section of our Toolkit here).

It’s a pretty powerful experience to watch new asylum seekers, from all over the world, working together on our exercises and getting to know the volunteers. Amazingly, there is laughter in the room. One of the most common questions asked so far: am I allowed to smoke? Not in the interview, no, we explain apologetically. Further questions follow to elicit exactly where a cigarette break might be possible. Everyone has their own coping mechanisms…

We answer questions one-on-one once the group learning is over. People thank us and say that it’s really important to know this information. We apologise for being the bearers of unhappy information. “How do you feel?”, we ask, a little tentatively. “Not good”, is the consensus, but ready. Determined to take action, to be prepared. And watching the friendship and solidarity blossom in the room gives us hope – that people aren’t alone, and that we are chipping away at a process that bewilders, isolates and denies.

3 comments on “Learning, friendship and solidarity blossom in Sheffield”