Human rights campaign group Liberty have launched a new report, which reveals the full extent of backroom data-sharing deals between key government departments and the Home Office, focussing on health, education and policing. 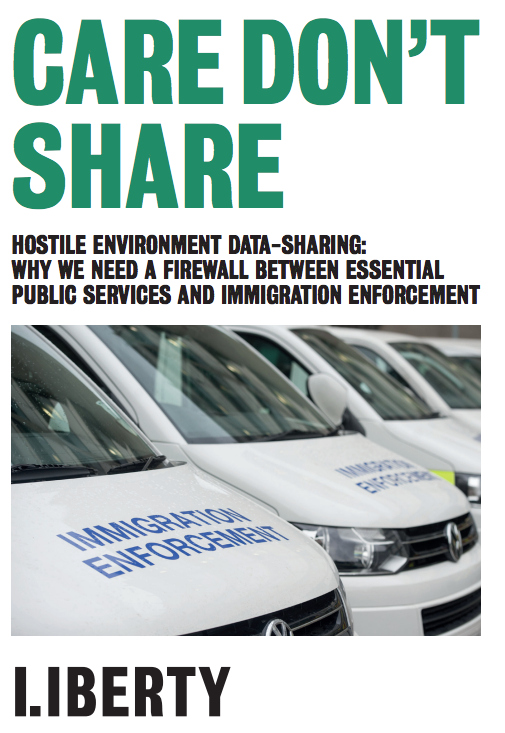 The report – drawn from year-long research, interviews and freedom of information requests – shows in unprecedented detail how, across the education, health and policing systems, secretive agreements were made to enable the sharing of people’s personal data.

This means private information belonging to thousands of people can be unknowingly used against them by immigration officials seeking to deport them or limit their access to important care as part of the Government’s “hostile environment” policy.

Liberty are calling for an end to the sharing of essential public service data with the Home Office for immigration enforcement.

They are inviting individuals and organisations to join the campaign and pledge support for a firewall, a guarantee that personal data from essential public services will not be shared with the Home Office for immigration enforcement purposes. You can sign the pledge here.

The key recommendations of the Care Don’t Share report are: