Fifty years after they were expelled from their home by the British government to make way for a US military base, the children of the Chagos Islanders are being caught up in the UK’s hostile immigration system.

A private members bill will today get its second reading in the House of Commons. It addresses a long-standing issue: the situation of the people of the Chagos Islands. 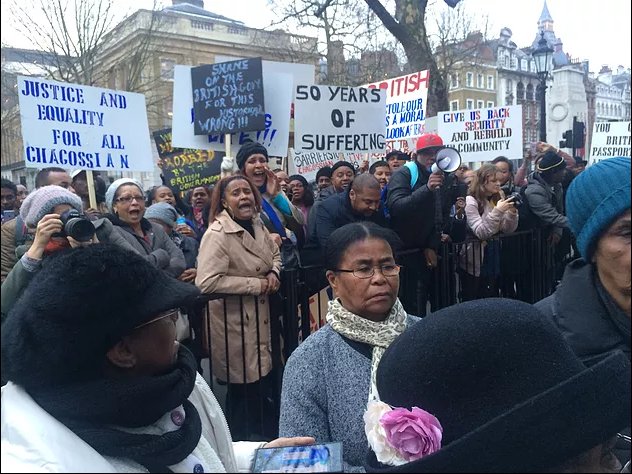 The small group of islands in the Indian Ocean were under British control –  annexed from Mauritius, a British colony, three years before it’s independence. In the late 1960s and the early 1970s, the entire population of the Chagos Islands was deported from their homes by the British government, so that the UK could ‘give’ the islands to the US military.

The thousands of people living there were forcibly exiled to neighbouring islands of Mauritius and the Seychelles. The clearing of the islands was so complete that the British army even ordered all the islander’s pet dogs to be gassed. People faced severe depression, and social and economic exclusion in their new ‘homes’. The Australian journalist John Pilger, who has extensively covered the story, notes that “In the first months of their exile, as they fought to survive, suicides and child deaths were common.”

(The Chagos Islands became one of the US military’s biggest bases, and has been used for numerous bombing operations, including in the recent invasions of Iraq and Afghanistan.)

Fast forward several decades, and a legal change to UK immigration law gave Chagossians and the first generation born in exile the right to British citizenship. But not their children. They must pay over £10,000 in immigration fees to ‘naturalise’, and risk being caught up in the government’s ‘hostile environment’. Bringing to mind the high rate of suicides and child deaths among exiles 50 years ago, one young woman currently facing this nightmare told her mother: “Mummy, if we go back to the Seychelles, just forget about us. We will kill ourselves.”

While fundamentally unjust whatever the cost, these exorbitant fees mean the protections granted by citizenship is out of reach. Henry Smith – the Tory MP for Crawley, where one of the largest Chagossians communities live –  has presented a bill to parliament that allows anyone of Chagossian descent to acquire British overseas territories citizenship. There is still a fee, but around 4/5th cheaper than the current situation. Smith’s website says “Support for the Chagossian people goes across usual party political lines. Henry’s bill has the backing of MPs from six different political parties.”

Granting the Chagossian people and their descendant’s British citizenship would be a small but important step in righting the ongoing wrongs enacted upon them.

For more information, including the campaign for the right to return, follow the UK Chagos Support Association, and for background watch John Pilger’s 2004 documentary ‘Stealing a Nation‘.