“When I go to sign on, on a weekly basis, I know anything can happen.  They can just detain me at any minute, at any time.  I started to feel, I feel like my strength just draining out my body … it’s my judgement day again…. [The day I was detained] As soon as I finished signed-on, and this immigration lady said have a seat, somebody’s going to come and have a talk with me.  I knew immediately what was going to happen” 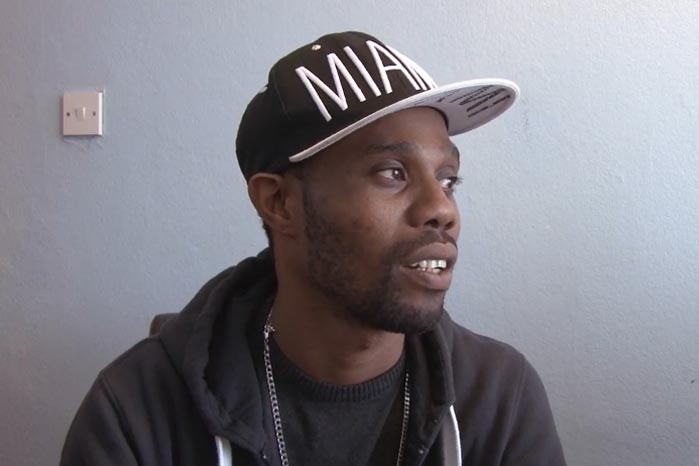 These are the words of Orashia, a young bisexual man from Jamaica, and his mum Vienna who lives in Leeds.  Orashia’s story vividly demonstrates the destructive power of immigration detention.  Orashia’s mental health was suffering as a consequence of being forced to hide his sexuality before he came to the UK, and threats made to expose his sexuality.  Once in the UK, Orashia began the long road to recovery with the support of his family, and local organisations in Leeds including LGBTI groups.  This recovery process was brutally halted and put in reverse when Orashia was detained.  As one of his support groups said, “He was finally starting to get his life back together, but everything changed when he was detained”.

The ‘purpose’ of detention

Why does the UK government detain migrants, solely for being migrants?  The official justification is that immigration detention is used to facilitate forced removals for those who do not have leave to remain in the UK, and indeed, detention is only supposed to be used when removal is imminent (try telling that to the migrants languishing in detention for many months and even years)  The name-change from ‘detention centres’ to ‘immigration removal centres’ after 2002 was also designed to emphasise this intended link between detention and removal.  The evidence, however, simply does not support this removals rationale – at a time of expanding use of immigration detention, the number of ‘successful’ forced removals has decreased. 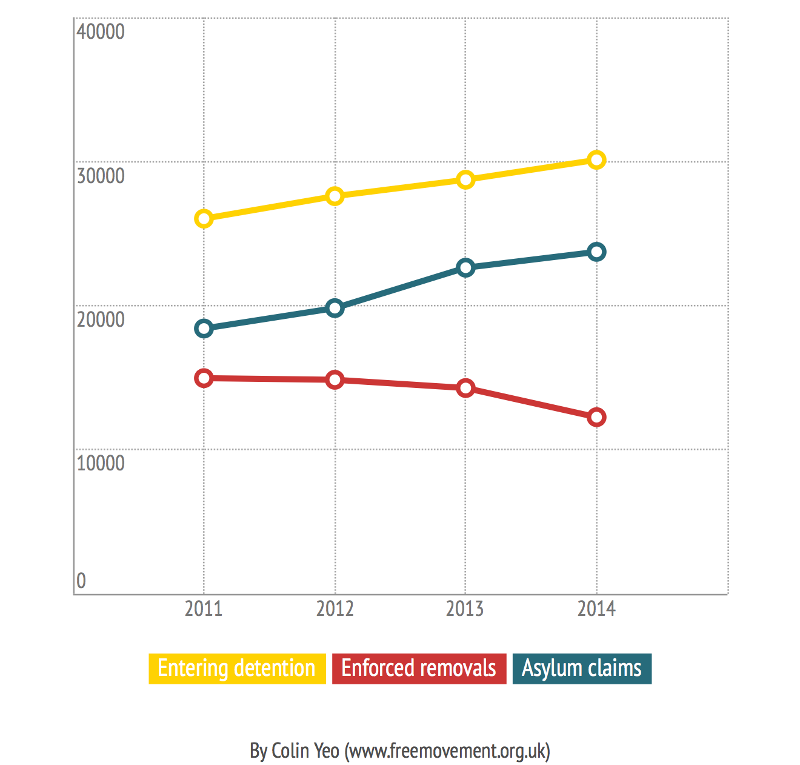 Perhaps detention is used so the government can appear ‘tough’ on immigration?  But the general public know very little about the realities of detention, indeed it is this ‘out of sight, out of mind’ problem that the Unlocking Detention twitter tour sought to address.  Detention would therefore seem to be too hidden to be a populist vote-winner.

It is harder, noisier, and more complicated to forcibly remove individuals straight from the local communities to which they belong (because community resistance to this violence in their community can be strong – look no further than the fabulous Glasgow Girls example).  Detention is a symbolic way (with very real consequences) of sending a message that migrants deemed undesirable by the state don’t belong among us.

As one person who was held in Dover detention centre expressed it:

[Detention sends the message that] you are not a person that can be trusted by the community.  With their uniforms, [the guards] also make you understand that they are protecting the community, protecting it from you’

Detention does not ‘work’ then, according to the Home Office’s own measure of success of sheer numbers of people being forcibly removed.  But if the intention is to keep successful applications for asylum and immigration status at a minimum, that’s another story.  Detention makes it very difficult for migrants to exercise their rights and establish their legal cases under the law that exists to protect their rights (and with which the Home Office is obliged to comply).  Increasingly with little or no legal representation, migrants have to navigate an incredibly complicated and asylum and immigration system, and face hostility and disbelief from those with the power to make decisions over their lives.  If detained, these individuals have to face these challenges removed and isolated from their family, friends and communities.

The legal aid cuts that have affected all migrants seeking the right to remain in the UK, have particular impact for those in detention.  There are few legal aid firms to choose from contracted to each centre, and the next available slot to see a legal advisor often post-dates an application deadline, or appeal hearing, or even a scheduled removal/deportation date.  People in this desperate situation are ripe for exploitation: Right to Remain is in contact with individuals who, while in detention, have been rung on their mobile phones by someone posing as a solicitor, offering to take on a case at the crisis moment of imminent removal, only for money to be transferred and for them not to be heard of again.

Right to Remain recently co-hosted a group evidence gathering session for the parliamentary inquiry into detention, with participants who had experienced detention first-hand.  Many of these ‘experts-by-experience’ explained how the legal aid cuts meant they had been forced to represent themselves in their complex legal cases:

For me, the stress and shame of this moment, made it the most difficult thing in my whole experience of detention. I didn’t know the law. I didn’t know the language. I felt so scared. I was already extremely vulnerable and I had to speak in front of a row of judges with no support. It was terrifying.

Individuals spoke of the difficulties of accessing fax machines, telephones and the internet (essential communication tools for both their legal cases and keeping in touch with the outside world), and instances of detention centre staff obstructing their access to crucial legal correspondence.

One participant aptly summarised the impact of detention on fighting one’s legal case:

How can you appeal effectively from within detention? How can you get fresh evidence when you are locked away in the middle of nowhere?

Working together to overcome these barriers

The damage done by detention cannot be overstated, but we must also recognise how much is done by dedicated individuals and groups to protect people as much as possible through the ordeal (before, during and after).

Visiting someone in detention can be crucial for bridging the enforced gap between the individual and the outside world.  Support groups often get together to write letters and messages of support for their friend in detention (or even ask the public to join in this action if someone has got a public campaign for justice in their case) – this can reduce if not eradicate the isolation of being detained, keeping the person’s spirits up and giving them strength to pursue their often long and challenging struggle to secure their rights. 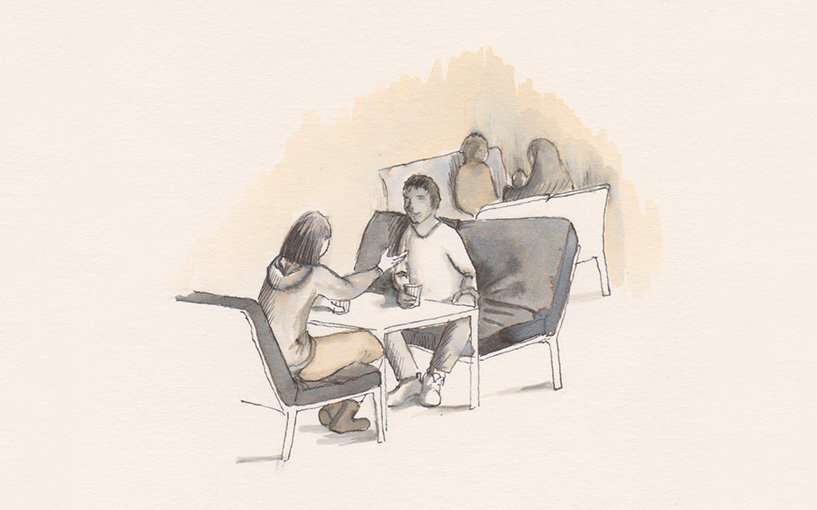 When public campaign meetings, rallies and vigils and other acts of solidarity are organised to raise awareness of someone’s case or demonstrate community support behind an individual, photographs of the events can be shared with the person in detention  to show that person they are not forgotten, and they are not alone.

Groups and individual activists are mobilising to plug some of the gaps left by legal aid cuts (while never being able to compensate for the loss of expert, specialised free high-quality legal advice) by providing legal support to people they know in detention, without giving legal advice (illegal if the person is not officially accredited to do so). 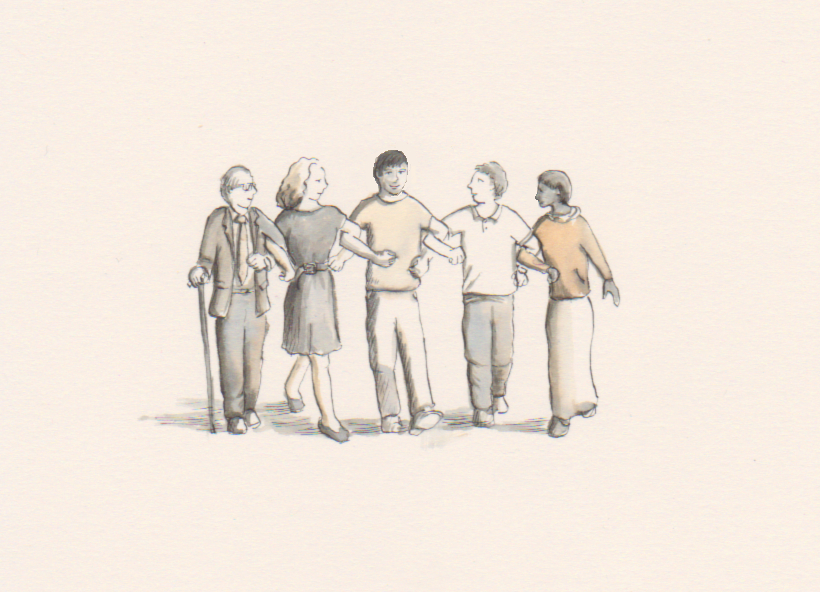 These efforts are crucial for improving the chances of individuals getting a positive decision in their case, but do not negate the inherent injustice of depriving individuals of their liberty and impeding access to both the protection of establishing rights within the  legal system, and the protection of community support and solidarity.