The NCADC blog is pleased to welcome three guest posts from Molly Haglund, who has just completed a Masters Degree in Human Rights Practice at the Universities of Roehampton, Gothenburg and Tromsø.  They are edited excerpts from her thesis entitled Punished for Persecution: An Analysis of the Criminalization of the Asylum Seeker in the United Kingdom.

The three posts examine the issues of (1) The Criminalization of asylum seekers, (2) A Tradition of Deterrence and (3) Why Criminalize the Asylum Seeker?

A tradition of deterrence 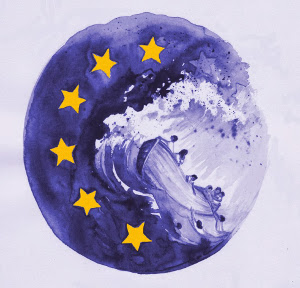 On the 10th of October 2011, Prime Minister David Cameron gave a speech on immigration, proposing systemic reforms so as to reduce net migration to “the order of tens of thousands each year, not the hundreds of thousands every year that we’ve seen over the last decade” (Cameron 2011).

This suggested blanket on the total number of individuals allowed entry into the UK implies an urgent need on behalf of the Prime Minister to address migration anxieties, as well as a treatment of migrants that inherently favors a general reduction in the number of people coming to the UK. “Yet what is all too easily forgotten in such rhetorical gestures is the fact that lives are at stake in such decisions; the meeting of targets is crucially also the casting of lives as either legitimate or illegal” (Darling 2009: 650).

The combination of the British government’s pressure to respond to a public that continually points to the asylum seeker as problematic and the legal obligation to bide by its refugee responsibilities has resulted in the United Kingdom’s focused attention on tactics surrounding one main theme: deterrence. In its effort to control and limit the number of potential asylum seekers entering the nation state, the UK has imposed serious impediments upon individuals in genuine need of protection — riding a fine, technical line between violation of and compliance with the Refugee Convention. Compelling at-risk individuals to risk still more, these practices serve to criminalize the asylum seeker.

With so few options available within a shrinking zone of legality, many asylum seekers are forced to resort to the only avenue open to them: criminality. Increased legislation that forces asylum seekers into working illegally or acquiring false documents to do so converts hard-pressed individuals hoping to survive into certified offenders. Indeed, many asylum seekers find themselves in circumstances in which the criminal option is not only the best option—it’s the only option.

In addition to this very literal and direct form of criminalization, the use of fingerprinting, compulsory biometric measurements, restraint with handcuffs, sedation, and the widespread confinement of asylum seekers within prisons and immigration removal centers are practices more frequently associated with the treatment of individuals convicted of serious crimes than with those seeking refuge.

The criminalization process is provoked and further exacerbated in the representation of asylum seekers, unauthorized migrants, and migrants in general by politicians and the popular press. The consequential conflation of “asylum seeker” and deviance as perceived by the general public implies that the issue of asylum has come to be seen and treated as a threat. This, in turn, provides the necessary base of support for increasingly draconian deterrence policies and feeds a continuous cycle of criminalization.

The perception of asylum seekers as deviant stems both from their treatment and portrayal as criminal, as well as from the lack of any alternative choice to criminality. By making it illegal to work, individuals who have already gone to great ends in the name of survival are often made offenders in their continued efforts to stay alive. These practices contribute to the entrapment of vulnerable individuals within a cycle that treats, depicts, and literally makes criminals out of those who sought little more than safety.