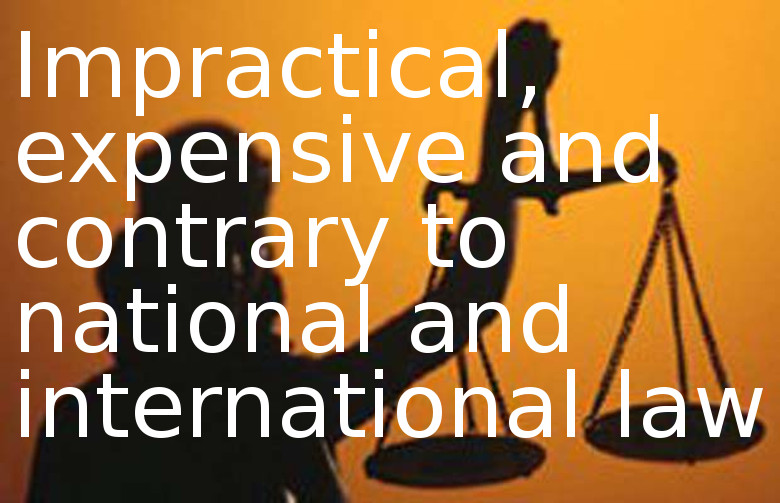 When the latest wave of legal aid changes was proposed last year, the residence test was immediately one of the top concerns (see September blog post).  The residence test will predictably have a particularly negative effect on migrants’ access to legal aid.

This update on the residence test for Legal Aid, is posted by Right to Remain volunteer Jacqueline Farmer, currently in India.

Yesterday, 9 July, the statutory instrument containing the residence test was passed by the House of Commons by a majority of 274 – 203.   It is disappointing that MPs did not reject this unjust, discriminatory and pragmatically nonsensical measure, particularly given the strong campaign which has been run by various NGOs and pressure groups throughout the UK, as well as fairly solid condemnation by the government’s own Joint Committee on Human Rights (JCHR) and Dr Maggie Atkinson, the Children’s Commissioner for England and Wales.

A very brief summary of the various serious issues with the residence test is set out below, but first…

While it is saddening that the compelling human rights arguments against the residence test were paid insufficient attention by the House of Commons, it is not yet law, as it still needs to be passed by the House of Lords.  This vote will take place on 21 July, so there is still time to campaign, lobby, pick a Lord and write to him/her.

The Lords get some bad press due to the undemocratic nature of their appointment, but can sometimes be a good buffer when popular democratic opinion is not in favour of a vulnerable minority.

There is time to contact a member of the House of Lords and tell them why the residence test is unfair and contrary to our national and international human rights commitments.  Legal and political arguments can work, as can a personal account, particularly if you or someone close to you has benefitted from legal aid but might have been excluded had a residence test been applied to them.

Given that time is very much of the essence, you could raise awareness by sharing this article, or this one (Reprieve), or this one (ILPA).   Bindmans and seven leading NGOs including Liberty and Reprieve released an excellent briefing on the matter, but if you think it would be better to direct someone to a more concise explanation as to why the residence test is atrocious, there is a handy ten-point list as well.

The Justice Alliance have been running a great campaign on this, mostly on Twitter.   Alternatively, you could directly tweet a Lord/Baroness/Countess/Viscount if they have an account, asking them to oppose the stupid test, and use the increasingly trendy #iamforjustice.  You can even do a justice selfie ( or #jelfie) if you really want.  I did one. 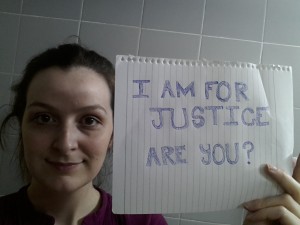 Young Legal Aid Lawyers have also been running a smashing e-mail campaign.  The draft letter they’ve set out was designed for MPs, but if you’re looking for some great inspiration when writing to your favourite HoL member (mine is Baroness Kennedy but, seeing as she’s already loudly opposed the test as a member of the JCHR, we can probably give her peace!), it is definitely worth a read.

However you decide to lobby, keep in mind that the arguments against the residence test are entirely and compellingly reasonable, whether arguing from an ethical, legal, financial or practical viewpoint. In writing these posts, I have tried pretty hard to find a persuasive argument in favour of the residence test (in the interests of being balanced, as well as trying to be a little less annoyed about the whole thing), and I couldn’t find one.  I’m reluctant to say that it is just outright xenophobic, but genuinely cannot see a way in which it isn’t.  If anyone else can, I’d be delighted to be persuaded otherwise.

It is also worth noting that the residence test will not be applicable in Scotland, as the legal aid systems are separate.  There are also no current plans or proposals to introduce anything similar.  This is good, but it’s still important for those of us north of the border to show our opposition to the residence test – not only is every bit of campaigning support crucial at this stage, but changes of this kind will affect cases of those who have lived in Scotland, as well as people we know, so we should all pay attention.

The residence test is rubbish

The residence test is the key measure which has been introduced by a secondary piece of legislation which would amend the Legal Aid Sentencing and Punishment of Offenders Act 2012 (which, as it stands, is already pretty nasty) LASPO As a quick reminder, the test will exclude from legal aid access anyone who is unable to prove;

The good (or at least not horribly depressing) news is that there are exemptions which include asylum seekers, refugees, immigration detention cases and certain, yet not all, cases brought by victims of trafficking (notably, this exemption does not apply where legal aid is sought for a judicial review of a decision which fails to identify a trafficked person).

On the other hand, there will be terribly harsh consequences for many vulnerable migrants.  The documentation requirements will affect homeless migrants and those who have not known to bring documents when fleeing their country of origin, as well as children and people with physical disabilities and mental illnesses (see Nick Armstrong’s briefing from September 2013).

This week ILPA issued an excellent briefing on the effects of the residence test.  ILPA identified the test as unconstitutional and unjust due to its unconstitutional discrimination on the basis of residence status and the disproportionate effect upon non-nationals and those of minority ethnicity.  Have a look at Appendix C of their report for detailed examples of vulnerable people who have benefitted from legal aid, but would fail the residence test.

Impractical, expensive and contrary to national and international law

If a distaste of arbitrary denial of access to justice is not a persuasive enough factor to justify a stance against the residence test (which it should be) and the view is taken that financial savings and procedural streamlining could make the test desirable (which they don’t), ILPA describes the myriad ways in which the test would be impractical to enforce, for example:

The Joint Committee on Human Rights have reported that the effects of the residence test on children will most likely result in breaches by the UK government of the UN Convention on the Rights of the Child, as a child’s right of access to the legal system is absolute and not to be reliant on documentation proving residence, lawful or otherwise.  The Children’s Commissioner has also argued that the Human Rights Act and UK common law include further protections of children’s rights that are likely to be breached under the residence test.

The residence test will also present a barrier to accountability for our own government’s humanitarian abuses abroad, as it will not allow for legal aid in situations where there the State has acted unlawfully towards a non-resident. Victims of extraordinary rendition or of torture by the armed forces, for example, will not be eligible for legal aid.  If the aim here is to save money, I suppose this could be achieved by barring access to justice contrary to the principles of Magna Carta (see ILPA briefing p7), but it would be better if government bodies would just refrain from violating fundamental human rights.

Speaking of saving money, there is still no evidence that the residence test will result in any financial savings for the government.  The government has issued no estimate of what the cost savings might be and has thus not justified its case that this is a proportionate measure to take in striving to cut legal aid spending.  On the contrary, they have acknowledged that there will be costs of up to £1m per annum for Legal Aid Agency staff to audit and oversee the implementation of the residence test (ILPA briefing p10).

Good.  Go tell someone! While you’re doing that, I will crack on with an overdue update on what’s going on with the other aspects of legal aid reform – watch this space!