Ruth Valentine is a member of Haringey Welcome and a Tottenham resident. Ruth worked for many years with refugees in the UK, and currently volunteers with a local charity. She’s also a poet and a funeral celebrant. 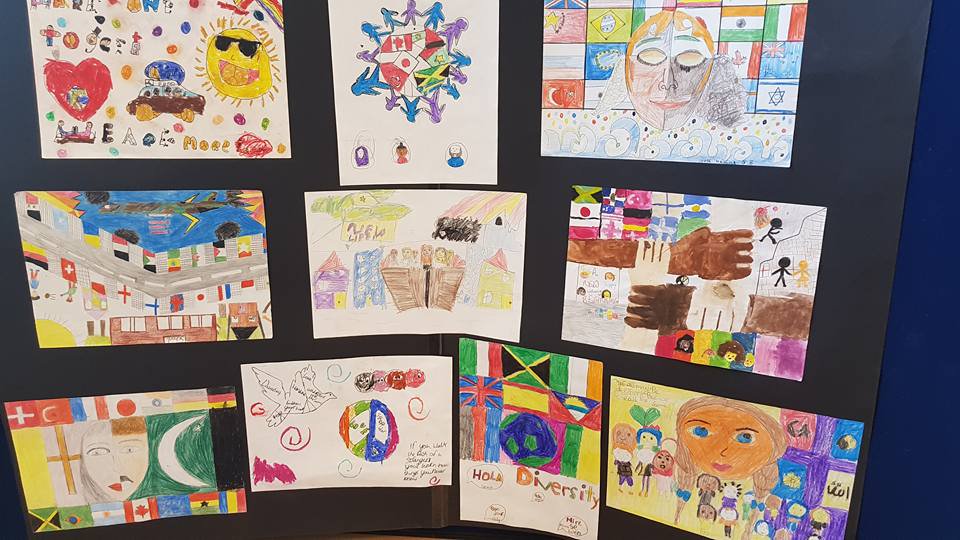 It is a relief to have the words ‘hostile environment’ current in conversation, even if the stories behind it are unbearable to hear. Late last year, when we began campaigning against Haringey’s own hostile micro-climate, the connections often needed explaining: the queries at A&E before you get treated, the schools census data, the sudden need for passports in places other than airports. Now at the very least it’s clear.

Haringey Welcome didn’t begin with the hostile environment. We began as Refugees Welcome Haringey, in September 2015. Haringey was declining to accept any of the miserly quota of 20,000 Syrian refugees that David Cameron had agreed to. This is one of the most ethnically diverse areas in the UK; Syrians were being sent to places where no-one was likely to speak Arabic or sell halal food; surely it made sense to welcome people here.

Other residents joined in. People offered English tuition and clothing and friendship. We lobbied Councillors. We had events with speakers and Syrian musicians and Kurdish dancers. We asked for a meeting with the Leader of the Council, who refused until one of our flyers said ‘Haringey has refused to accept Syrian refugees.’

Then we met not only Haringey council leader Claire Kober, but the Chief Executive, the Head of Policy, someone else… five people facing three of us. And they were angry. Very angry. It wasn’t true that Haringey had refused, they said. We should be blaming the government, not the Council. The funding wasn’t enough (£20,000 per person over five years). There wasn’t enough housing. These poor people would have such complex needs that the Council needed time to prepare. They shouted us down. We took it in turns to recover and argue back.

Onwards and upwards. A film shown about Syria. A motion to a Council meeting, which only the Leader replied to. To get a discussion going we needed a petition. So we got our 2000+ signatures and took it to ward meetings. Finally, fourteen months after we started, we were told the peitition was irrelevant; Haringey was planning to accept ten families. The Leader was everywhere in the media, extolling the virtues of the Vulnerable Persons Resettlement Scheme and Haringey Council.

Amazement, relief. Also monitoring: it hasn’t been straightforward, not least for the families themselves. But then: we’ve won. What do we do now? 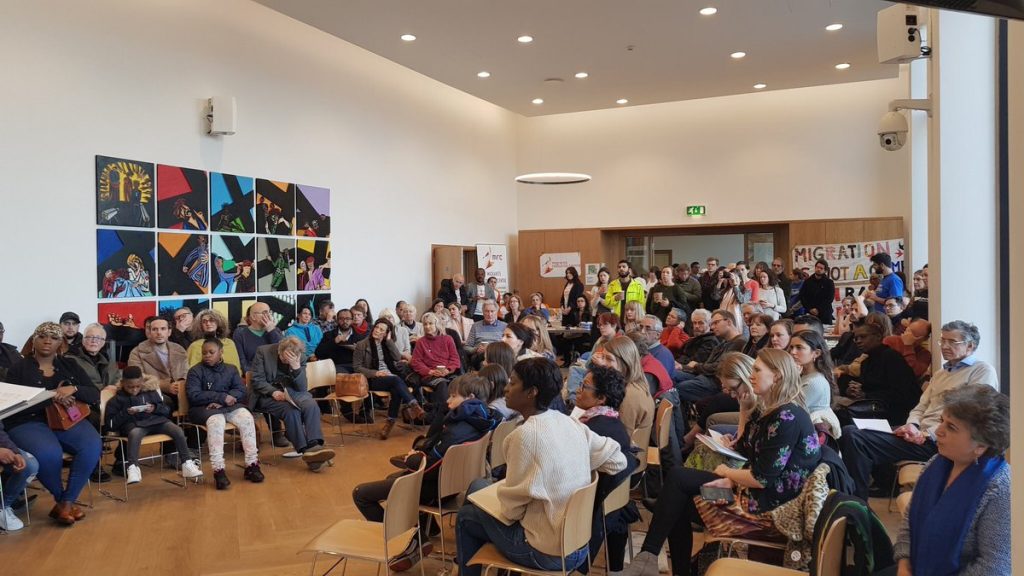 (Crowd at the Haringey Welcome launch)

We knew that other refugees and migrants in the borough were having an even harder time. Among many horrors, one of the worst was the treatment of families with no recourse to public funds (NRPF). Families who were denied support; told to go ‘home’; dealing with staff who are ignorant of the legislation (which gives local authorities the duty to support children, regardless of the status of their parents), overworked and under-resourced; and of course – racism. It’s enough to deter people from claiming their rights, even before Haringey chose to spend £83,000 of our money to have an immigration officer sitting in Children’s Services, checking people’s status against the Home Office database. As hostile environments go, that’s pretty toxic.

We held a strategy day, aided by our friends at Migrants Organise. The next stage was going to be a harder sell than welcoming Syrian refugees. We needed allies, partner groups with similar concerns. We needed to convince our neighbours that hostile environments become hostile to everyone. And the local elections were coming up in May.

So we relaunched as Haringey Welcome, with a pledge to keep Haringey a welcoming place for everyone. Residents, other organisations and politicians could sign; and after the elections we would hold the Council to account. In February David Lammy MP signed the pledge in front of the cameras, as did candidates from the main parties. We all shouted the inspired slogan from the winner of our schools poster competition: ‘Persecution is no solution’. We were underway.

As the son of immigrants, as Tottenham's Member of Parliament I was very proud yesterday to sign the #HaringeyWelcome declaration. I celebrate our borough's history as an open, diverse and welcoming community and pledge to fight for respect and dignity for all. pic.twitter.com/SLwWxa99Gm

Since then there has been articles, an open meeting, and many collaborations. We’ve held a poetry competition on the theme of Welcome, with the prize-giving to be held during this year’s Refugee Week. And activists organised a briefing session for thirty Council candidates. Once the election is over we revisit our strategy and start again.

We are all volunteers: actors, doctors, ESOL teachers, IT specialists, retired people. We have no funding except what we’ve raised at events, and most of that is for the Syrian families. Members come and go: move house, get new jobs, are exhausted by the whole thing. That’s fine. We’ve proved once that we can change minds, so we can again.

For more information about the campaign, go to the Haringey Welcome website.