Written by Michael Collins, coordinator at Right to Remain.

On Saturday, I attended the Refugee Solidarity Summit: Open the Borders Now! event in London, organised by London2Calais – one of the groups organising convoys of aid from the UK to Calais, to help people who are living in terrible conditions, halted at the French-UK border, seeking entry to and sanctuary in Britain.

Surprisingly, it wasn’t about aid to Calais. It was about much more than that. 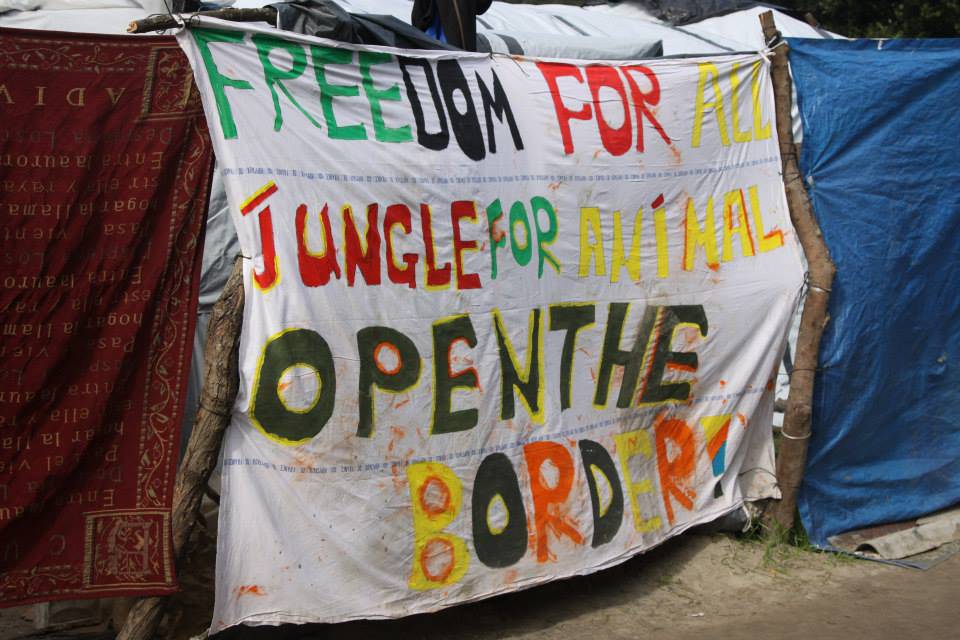 The focus of this summit was about solidarity to support people who are suffering under European border enforcement, not just in Calais, but across Europe, including in the UK. Practical solidarity to help people to survive, and political solidarity to challenge the injustice of the system that prevents free movement, prevents refugee protection, denies access to justice, impoverishes people denied the right to work or benefits, imprisons people in detention centres.

After fleeing wars, persecution, oppression, people are facing further cruelty and injustice in Europe. London2Calais began by mobilising aid to those trapped at the UK border. Now, after talking with the people stuck in Calais, they are mobilising to open the borders of, and within, Europe, so that people can get to where they need to be, and can do so in safety, with dignity. The migrants said to London2Calais – yes, thank you for supporting us to survive, but if you really want to help, then help us get the border opened.

The #RefugeesWelcome movement is trying to put pressure on governments to do this, to allow people to cross frontiers, but the UK border does not begin and end in Calais or Dover. It operates within our society, and its reach is growing.

In the introductory session, Wilf Sullivan, of the Trades Union Congress,  Natalie Bennet, leader of the Green Party, and Zoe Gardner of Movement Against Xenophobia, all spoke of the punitive, hostile environment that awaits people who manage to reach the UK. An environment that is getting harsher with last year’s Immigration Act, and the further measures of the Bill currently going through parliament.

Border enforcement roles are being outsourced to private companies, to landlords, employers. Public servants too are increasingly forced into these border enforcement roles: teachers, lecturers, social workers, health workers and more. People are facing discrimination, intimidation and harassment when trying to rent a flat, open a bank account, visit a doctor, go to college, at work, at places of worship, using public transport, or walking on the street – just because they are suspected of not having the correct immigration papers.

For those who do not have the correct papers, or who are in the process of applying, they can find themselves denied access to justice and the most basic of human rights – housing, work or welfare support, healthcare. They may be picked up with no notice, and held indefinitely in a detention centre. They may be facing forced removal with little or no legal aid to contest the system.

The refugees welcome movement has seen a massive outpouring of support and solidarity from people in Britain, and has forced the government into an embarrassing u-turn to announce a resettlement scheme for a relatively small number of Syrian refugees over 5 years, where previously they had insisted this was politically and practically impossible.

This solidarity summit insisted that more needs to be done, that more people must be helped to reach sanctuary, and not just Syrians, and that those already in Europe must not be excluded as they currently are. And that on arrival, people must be welcomed and treated with dignity and respect and equality.

The final introductory speaker of the morning session was Muzna, from Syria. She described the barrel bombs of the Assad regime which are falling right now, and the absolute urgency of allowing people free movement to reach sanctuary. Muzna told us about her brother, sending a text message as he boarded a small craft to flee across the Mediterranean, in full knowledge that he may die in the attempt. Forced into this desperate action because European states will allow no safe route to apply for sanctuary.

The event proposed that we have a humanitarian and political responsibility to offer solidarity, and that this solidarity must move beyond aid to the border camps, to include working together to challenge the injustice of the border enforcement system, both at the frontiers and in daily life.

And by “working together”, the proposal was not working together to do things for migrants, but with them. As Tony from Movement for Justice put it, in Europe today there is a struggle for civil rights, for freedom, equality, justice being played out, and it is migrants who are leading this struggle. A sentiment echoed by MFJ member Maimuna, who began her struggle for justice inside Yarl’s Wood detention centre before she knew that there were allies in a movement who could support her; but after finding them, she found strength to carry on, to keep fighting for justice.

This event was a welcome initiative from the grassroots humanitarian aid movement.  Many thanks to the organisers for putting it together. People in the camps continue to need our help, but there is no reason why that should be separated from the movement for migration justice, from the demand to open the borders – we need to do away with the need for these border camps. That is, unsurprisingly, what the people in the camps are saying, the solidarity they asking for, as reported at the event and in other places.

We can do so much more than providing aid. We can help to build a movement.

Read more about the event at the London2Calais facebook page