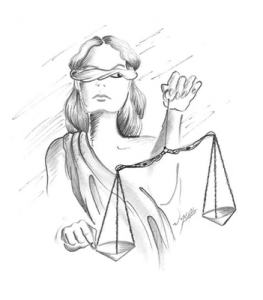 Last week we took delight in a tremendous victory for Detention Action as the High Court ruled that the Home Office has been illegally running the Detained Fast Track asylum system.  This is a giant step forward for migrant rights, but we also need to be mindful of the many steps backward which have been taken recently.

This post will give a round up on some of the latest significant legal aid and immigration news, focussing on the residence test, the evident, grim impact of LASPO 2012, and the Home Secretary’s win over minimum income requirements in the Court of Appeal.

As you may know from my last post, the House of Commons voted last week to pass an amendment to the Legal Aid, Sentencing and Punishment of Offenders Act 2012 (LASPO 2012) which will have the effect of excluding from civil legal aid entitlement anyone (with a few, insufficient exceptions) who cannot show that they have been lawfully resident in the UK for at least 12 months. This will disproportionately affect, amongst others, homeless migrants, children, victims of trafficking and torture victims. It would also be a blow to government accountability for human rights abuses committed abroad. Additionally, the government have been called upon, and have failed, to produce any evidence that the residence test will result in any economic savings (assuming that these could serve to justify the effects of the test, which they could not).

The last hurdle that this measure faces is a vote in the House of Lords next Monday. It is really important to keep sharing news about this to raise awareness and, to get in touch with members of the House of Lords and explain that they need to vote No! If a majority of the Lords vote in favour of the resident test, it will come into force on 4 August 2014.

The residence test will come into effect additionally to LASPO 2012, which came into effect in April 2013.  This piece of legislation excluded non-asylum immigration matters from legal aid.  It also made it more difficult to get legal aid for matters relating to housing, employment disputes or relationship breakdown by imposing stringent requirements.

These requirements have had a deleterious effect on migrants, as well as other vulnerable groups in the community. Last week, the Citizens Advice Bureau reported that there has been an upsurge in people seeking online advice about legal aid costs, as well as a disturbingly massive drop in the number of cases in which the CAB is now able to provide legal support:

In the year before changes introduced under the Legal Aid, Sentencing and Punishment of Offenders Act (LASPO) came into effect Citizens Advice Bureaux provided specialist advice in approximately 136,000 cases to help people struggling with legal problems. Changes introduced under LASPO have withdrawn support for approximately 120,000 of these cases.

The CAB did not comment here on the effects on migrants specifically, however the Coram Children’s Legal Centre issued a report in April 2014 outlining the effects of LASPO on its clients. The CCLC found that the children, young people and families that they support have been hit “incredibly hard” by the cuts.  The lack of alternative to legal aid means that no legal representation is available for children and families, so many appeal processes and deportation proceedings are taking place with no legal assistance. In these cases there is an ensuing failure to take into account the best interests of children, with deeply traumatic consequences which include the inability to obtain and maintain legal status and the separation, deportation and removal of children and families against their legal rights  (para.25).

Some areas of civil law allow for the option of self-representation, but it is not realistically a viable solution in immigration cases.  The CCLC outlined key issues at para.26 of their report:

A significant proportion of the families we work with are destitute or living on very low rates of asylum support or local authority support, and there is no prospect of them obtaining private  legal services.  Representing  themselves  is  often  not  possible due  to separated children’s  young  age,  language  barriers  and significant  vulnerabilities,  and  the  extreme complexity of immigration law and the Immigration Rules

LASPO 2012 has already had a drastic impact across the board.  The residence test, if passed, will affect this further.

Minimum Income requirements – a victory for the Home Secretary

Last week, the Court of Appeal issued their long-awaited judgment on the case of MM v Secretary of State for the Home Department [2014] EWCA Civ 985.  It’s a bad news judgment, as the Court overturned the previous decision by the High Court in July 2013 which found that impact of the minimum income threshold (set by changes to the Immigration Rules which came into force in July 2012) had a disproportionate and unjustified effect on families.

The case concerned a challenge to the new-ish requirement that a UK partner who wishes to sponsor the entry of a non-EEA partner must have a minimum income of £18,600 gross per annum and additional income in respect of each child seeking to enter the UK.  There are also various other income and savings requirements.

Colin Yeo has done an excellent review of the judgment on his Free Movement blog, but the key upshot of the judgment is that it will see families forced or kept apart where the resident spouse earns over the threshold.  Lord Justice Aitken comments in his leading judgment that the right to private and family life (Article 8 of the ECHR) does not mean there is an absolute right to do so in the UK. Many people who work full time at minimum wage jobs will not be able to meet the requirements – it is odd that the same government that fails to raise the minimum wage to nearer the “living wage” on one hand is able to penalise migrants and their loved ones with the other by blaming them for being poor.

There really is a lot to this judgment and I recommend reading Colin Yeo’s piece on it, but in summary this is a really disappointing decision.  There is almost certainly going to be an appeal to the Supreme Court, but a decision from them will be a good while away, and in the meantime the 4000 or so cases concerning families who do not meet the minimum income requirements, and which were suspended pending this decision, will be able to be refused.  There will also be many subsequent cases between now and any Supreme Court consideration which will be refused on the same grounds.

In sum, there is still a lot of work to do, but as Ruth Grove-White’s excellent blog post for Migrants’ Rights Network emphasised, the campaign continues to grow:

It would be hard to overstate the disappointment and frustration caused by this judgement, particularly for the families who have been anxiously waiting in the hope of an imminent rule change, but it must be seen as a set-back and not a defeat. It is now likely that the case will go to the Supreme Court and that the legal battles will continue, perhaps over many months to come. In the meantime, campaigners must focus on winning the public and political arguments ahead of the 2015 general election, and redouble our efforts to make this happen.

Support will continue to come from all quarters. Mumsnet has offered to feature the family migration campaign over the coming weeks on its website, and Citizens UK now intends to take up the spouse income requirement as a key priority area ahead of the next election. These campaigns will help to bring on board new supporters and build the profile of the issue. Impressing on politicians and other political influencers the importance of this issue and the moral imperative to change the rules, is the best hope in the foreseeable future of winning the battle for fairer rules.

Detention Action’s big win last week can give us heart that sometimes the right decisions are made and there are still victories to be had. We just need to keep fighting.