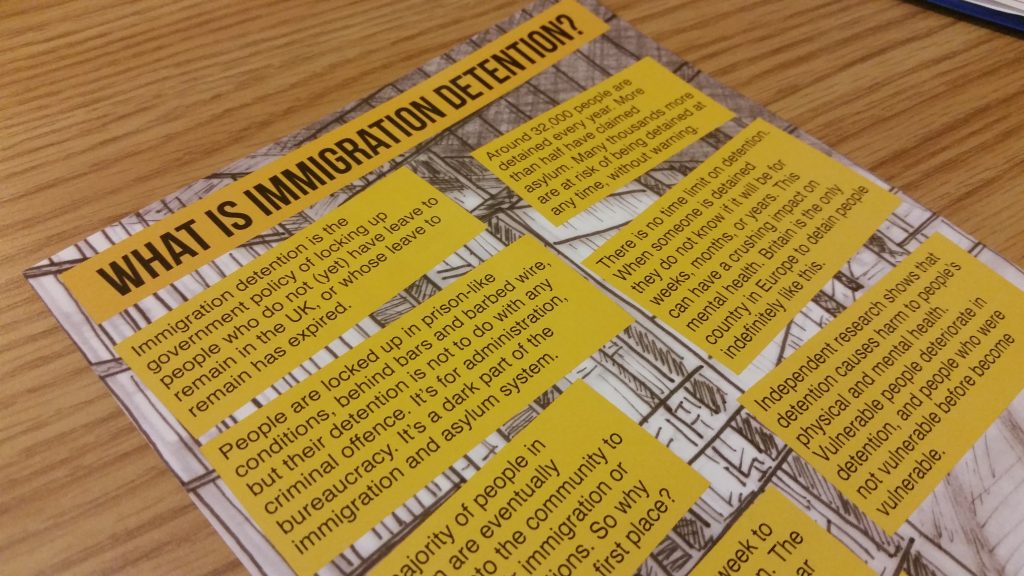 Our double-bill of Manchester detention workshops seemed to, inadvertently, involve very inauspicious timings.  Our first workshop in the series, on preparing in case of immigration detention, was on the day that local activist Dianne Ngoza was detained at Dallas Court (the Home Office reporting centre in Salford).  Dianne is very well connected and an active member of lots of local groups, and there was a large demonstration in solidarity with her at Dallas Court on the day of anticipated detention. Most people don’t know they are about to be detained, which is why preparation and strategies such as signing support are so important – one of the main topics of our workshop.

The second workshop was a These Walls Must Fall open meeting, planning and building local campaigns against detention in Greater Manchester.  And was on the evening that Dianne had been told she was to be forcibly removed from the UK.

Thankfully, that removal didn’t take place thanks to the relentless campaigning of local groups, the intervention of local MPs and ongoing legal actions.  As friends of Dianne began to arrive at our meeting, they reported how they had just spoken to Dianne, that she was ok, and that she was still fighting (see below).

In a packed room, we discussed where the campaign slogan “These Walls Must Fall” came from – the women’s suffrage movement in the United States, many of whose activists were imprisoned fighting for social justice.  We discussed the open-source, decentralised, non-directive approach of the campaign.  People explored what the challenges might be in bringing people together to end detention, and what our shared values might be.  We asked how the campaign could be as inclusive and effective as possible, and who needed to be involved to do that.  We talked about how city-based, locality-based campaigns can be so effective, even when it’s a national issue that’s at stake.

Everyone discussed possible campaign actions, how they could take shape in Greater Manchester, and how to convince others to get involved.  One point that was particularly popular was how everyone in the room, in the campaign, in the community can offer something – and an effective campaign will figure out what it is different people can contribute and put those skills to best use.

"Why am I here? To learn how to bring these walls down!" A at our #TheseWallsMustFall meeting in Manchester

Here at Right To Remain Meeting surely these walls must come down pic.twitter.com/hkcqYBZKHI

Michael RtR: "We're sick and tired of our friends being taken off to detention". Working together to #EndDetention #TheseWallsMustFall

At our #TheseWallsMustFall meeting, people saying we must tell our neighbours about detention,they don't know. Can use our leaflets to help! pic.twitter.com/ZzymBvnNIk

A lot of things seem unclear at the moment. This isn't: detention is wrong. https://t.co/yITgFUTgAO

The meeting was over, for now, but with lots to do to follow-up and to make the most of the enthusiasm, energy and dedication of those in the room.  And that’s when we got the voicemail from Dianne: 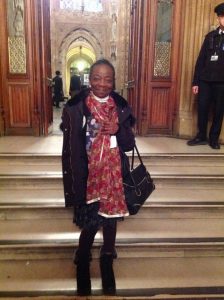 “Everything is alright and I’m sure I will be released soon.